Callum (played by Tony Clay) first expressed his desire to join the police force last year on EastEnders, just moments after he told wannabe gangster Ben Mitchell (Max Bowden) he loved him. Since then, the pair have been at odds over the undertaker’s career path as the latter is known for helping father Phil Mitchell (Steve McFadden) with his criminal enterprise. As the BBC soap returns to screens next week it seems the beloved character is enjoying being an authoritarian of the law but is there a twist in store which will reveal why he’s really working with the authorities?

Speaking to Express.co.uk and other press, actor Tony, 29, teased what’s in store for his character as the drama restarts in Walford.

The soap star said: “Callum’s been fast-tracked by the police. So he’s full-blown there now, in the mix, starting his new career path.”

However, not everything will be as smooth sailing as Callum might have hoped as Tony added: “That’s gonna cause its own issues down the line.

“You’ll see a new side of him and I think that he’s growing into himself going into this new job,” he continued. 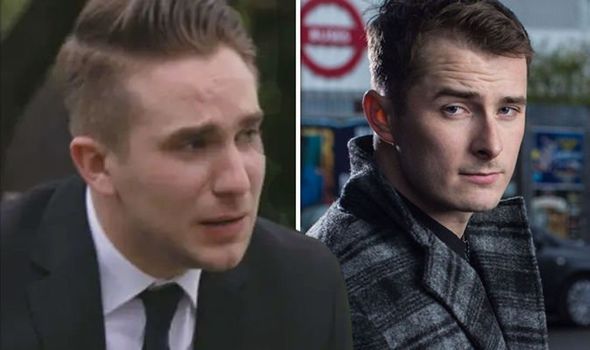 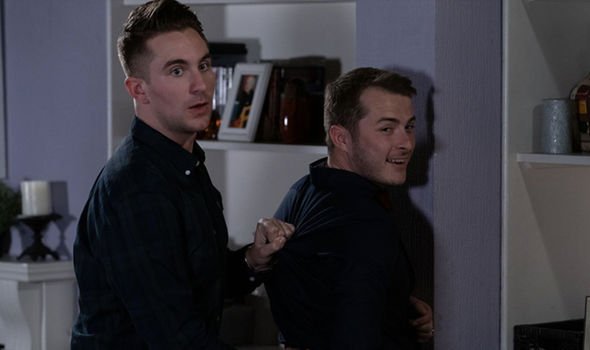 Hinting at a U-turn for Callum, could Tony be suggesting his alter-ego will actually work against the police to maintain a relationship with Ben?

Working as a double agent, the young police officer could get intel for his boyfriend, or ensure the authorities stay off his tail.

This would certainly jeopardise his future with the force as if his colleagues found out what he was up to, the former undertaker could be facing a long stint behind bars.

Discussing the dilemma at hand, the actor added: “It’ll be his job or his love life. There’s a lot of twists and turns. 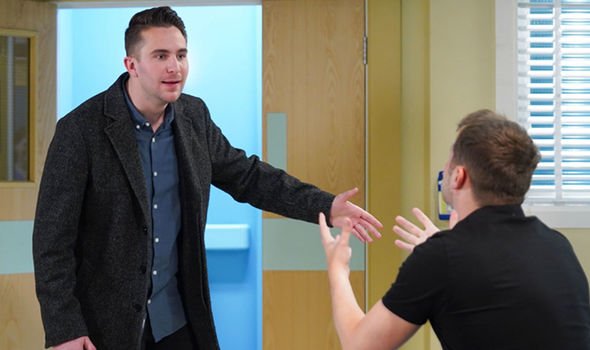 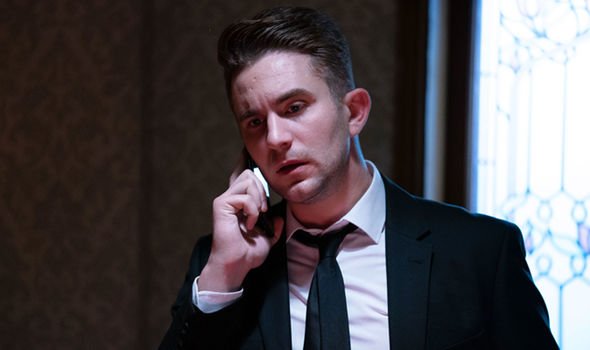 It’d be interesting how things go in the future

“Ben’s got his own career path so it’ll be really interesting and really lovely to see how Callum deals with both.

“Who knows what the future holds. They’ve not been together during the lockdown because Phil and Ben are high risk.

“That’s been hard for them but actually it’s brought them closer together. So it’d be interesting to see how things go in the future,” the soap star added.

Could the length of time they’ve been away from one another lead Callum to decide he values his relationship more than his loyalties to his job?

The pair will be taking centre stage in the brand new episodes as Ben decides he wants to make a big commitment to Callum.

Having been a couple for almost a year now, the wannabe gangster prepares to give his boyfriend a key to the Mitchell household.

However, his partner’s work with the police causes problems once again, so could the undertaker be more dedicated to the job than his relationship?

Taking to Twitter, fans have been eager to see the pair reunited, with one writing: “Really looking forward to seeing Ben & Callum have meaningful conversations, which looks like we will get next week, hopefully! #Ballum #BenMitchell #CallumHighway #EastEnders.”

CAN’T SEE THE POLL BELOW? CLICK HERE TO OPEN IN YOUR BROWSER

Another added: “I can’t wait for #EastEnders to come back and I can’t wait to see Ben and Callum again I’ve missed them #Ballum.”

A third commented: “If Ben really wants to make a relationship with Callum work though he needs to stop lying to him #Ballum #eastenders.”

“Oh my! I can’t wait for this EastEnders and Ballum is certainly coming back with a bang! And a stunt too! So many questions & decisions for both Ben & Callum #Ballum #EastEnders,” a fourth shared.

Wanting something a bit different, a fifth opined: “I really hope they do give Callum a story that is about him and not revolving around Ben when #EastEnders returns #Ballum.”

EastEnders returns Monday, September 7 at 8pm on BBC One.

END_OF_DOCUMENT_TOKEN_TO_BE_REPLACED

Only One Officer Indicted In Connection To Breonna Taylor's Death

On Wednesday, a grand jury in Jefferson County, Kentucky brought back charges against only one of the Louisville Metro Police officers involved in the botched raid that resulted in Breonna Taylor’s death. Former detective Brett Hankinson was indicted on three counts of first-degree wanton endangerment. Sgt. Jonathan Mattingly and Detective

END_OF_DOCUMENT_TOKEN_TO_BE_REPLACED

FORMER first lady Michelle Obama encouraged young voters to cast their ballots in the upcoming presidential election, telling them not to think their votes don't count. Obama stressed the importance of voting during an Instagram Live event for her voter registration and engagement organization When We All Vote with actress

END_OF_DOCUMENT_TOKEN_TO_BE_REPLACED
Recent Posts
We and our partners use cookies on this site to improve our service, perform analytics, personalize advertising, measure advertising performance, and remember website preferences.Ok