EastEnders fans saw Gray Atkins (played by Toby-Alexander Smith) carry out his most vicious attack on wife Chantelle Atkins (Jessica Plummer) last month, leaving her unable to breathe or stand. Understandably, those watching at home have been calling time on the domestic abuse storyline for a while now, but how exactly is it going to end? One viewer has come up with a stellar theory which will see Chantelle flee.

From a broken wrist to bruised ribs and being forced into having sex against her will, Chantelle has endured severe abuse from her husband for over a year.

More recently, with Gray having lost his job as a lawyer, Chantelle’s every move is being watched and criticised.

Will this push the former hairdresser to commit her own heinous crime?

According to one EastEnders fan, the storyline could take a very dramatic t 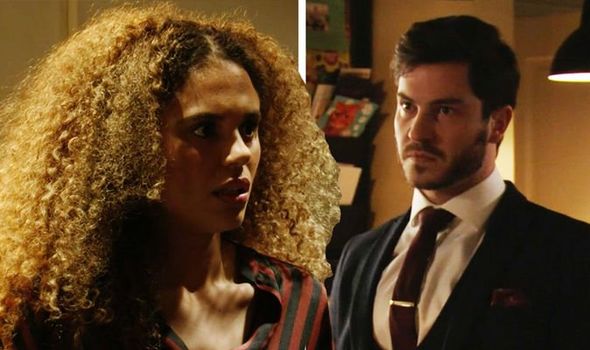 Discussing their theory on Reddit, user CommradeWelsh said: “Some are speculating that Chantelle might be murder by Gray but does anyone else get the feeling we she will either run away and not return?

“Or maybe go all gone girl and frame Gray for her murder and go on the run? (sic).”

Understandably, this potential plot twist got many soap fans speculating.

Huggydenim suggested: “Would be nice if Kirat dated her and took her away from the abuse.. it seems his character is in tune with her.”

And Hyperfangxz replied to Huggydemin: “I wish they’d just axe the rest of his family and give him more screen time. He always seems very calm and in control while also being intimidating. 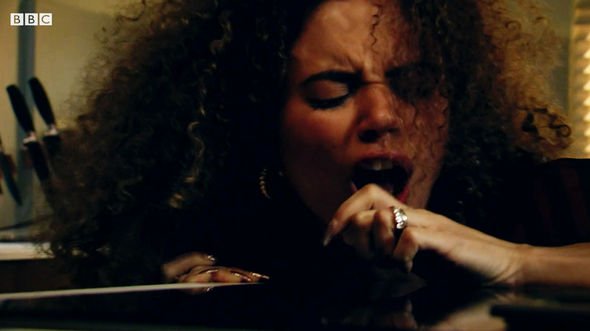 “They have wasted him so far hopefully he has a prominent storyline with Chantelle and had a feud with Gray or something (sic).”

Meanwhile, RedditWaffler also wanted justice for Chantelle: “Be a waste of a character if they kill her off. Would love to see her be with someone else (someone nice),” they posted on the online forum site.

Another Reddit user named kcnesme argued: “Nah I swear if they kill her off I’ll be mad. She’s such a genuine character and I still feel like we haven’t seen her interacting with Bernie a lot. If Gray ends up leaving, I’d love it if they showed a different side to Chantelle. She is a Taylor after all, reckon she’d be proper wild if she wasn’t too scared under oath to Gray.

“It would be ballsy and very impactful for them to take this twist and kill her off as I don’t remember any soap storyline where the victim ended up dying at the hands of their abuser.” 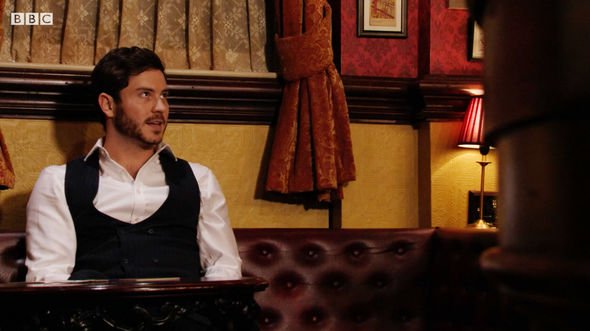 However, DMike82 pointed out a flaw in CommradeWelsh’s suggestion: “It couldn’t be the latter for one very important reason: there’s no way Chantelle ever bails on her kids, especially not alone with him.”

So what if she fled with her children in tow? After all, they have very minor parts in the soap, compared to other child characters like Bailey Baker (Kara-Leah Fernandes).

Could viewers find themselves tuning in, in a couple of months to see Chantelle faking her own death and running away from Walford for a while?

Kheerat Panesar (Amar Adatia) only arrived late last year, following his brothers back to the Square.

The calm, quite newcomer seems to have already found his place in Walford, and during the 35th anniversary trailer, he was seen glancing over at Chantelle and Gray, and noticing the bruises on her arm.

Could he be her saviour? Especially if fans are already ‘shipping’ the pair.

If you or anyone you know has been affected by Chantelle’s storyline, please see EastEnders help and advice page here.

EastEnders airs Monday at 8pm and Tuesday at 7.30pm on BBC One.

END_OF_DOCUMENT_TOKEN_TO_BE_REPLACED

END_OF_DOCUMENT_TOKEN_TO_BE_REPLACED
Recent Posts
We and our partners use cookies on this site to improve our service, perform analytics, personalize advertising, measure advertising performance, and remember website preferences.Ok