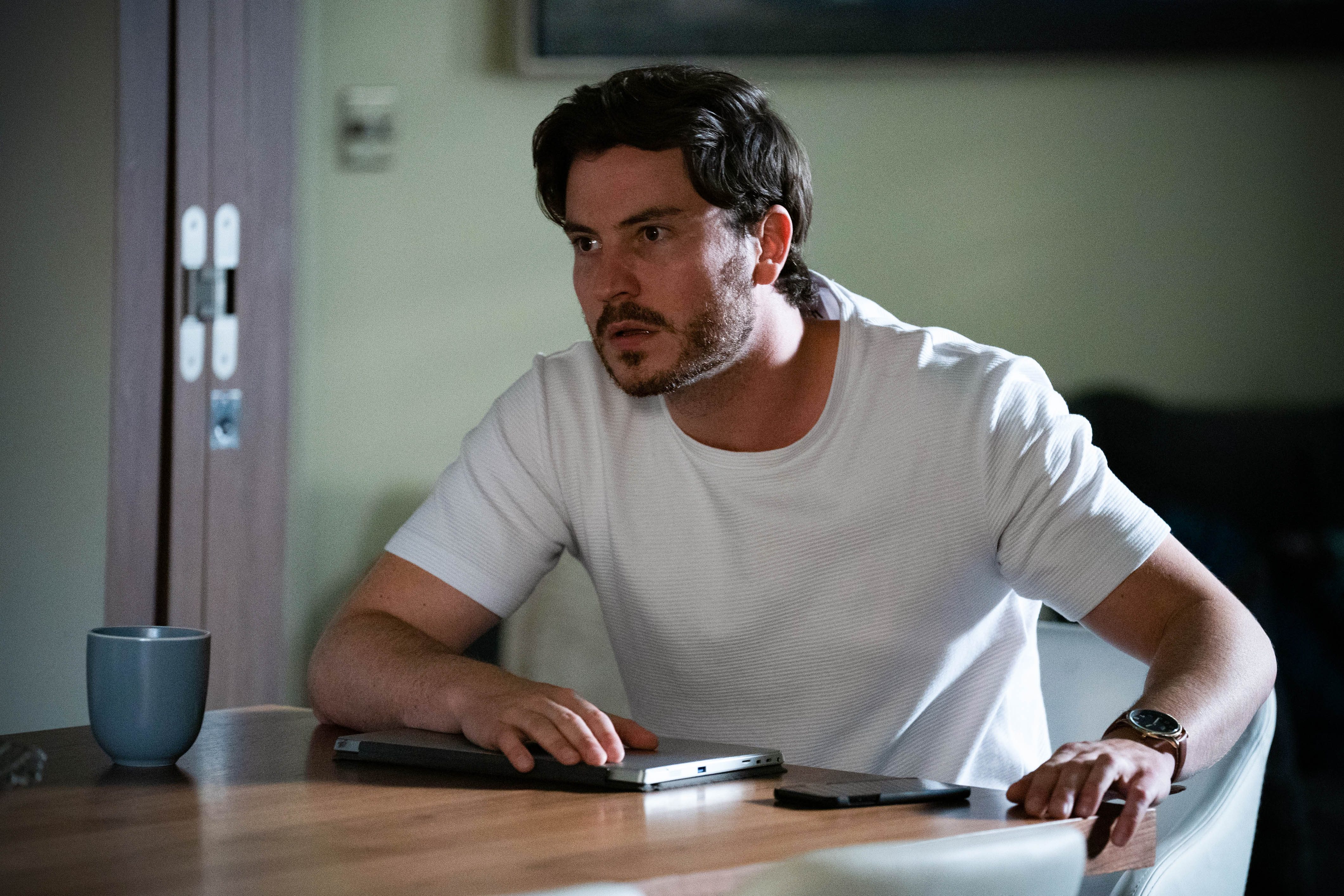 EastEnders is set to air more heartbreak for characters as Tiffany Butcher (Maisie Smith) is set to discover the horrific truth that Keegan Baker (Zack Morris) cheated on her. Is this the end of their marriage?

Keegan tells Mitch that he cheated on Tiffany. Mitch encourages him to tell Tiffany the truth, but when Keegan speaks to Dotty about this, she convinces him not to. Keegan and Dotty are both unaware that Vinny is eavesdropping on the conversation.

Later, Keegan sets up a romantic date with Tiffany. Before Tiffany arrives home, Vinny intercepts her and tells her everything.

Kathy asks Harvey to join her at Whitney’s charity gig as she tries to take her mind off Rocky. After Whitney’s show-stopping performance, Rocky approaches Kathy and insists that he’s happy she has moved on. Kathy is shocked by Rocky’s blasé attitude and decides that her date with Harvey is now real.

Kat is surprised to discover that Tommy has been speaking to a woman online. She takes all of his devices away as a punishment.

Nancy jumps in to help when Mick burns some pies in The Vic’s kitchen.

Tiffany arrives home, but Keegan’s plans for a romantic meal are thwarted when she tells him that she knows about him and Dotty.

Vinny also confronts Dotty at the club, explaining that he knows what happened and so does Tiffany. Dotty rushes off.

Two men eye up the charity bucket from Whitney’s gig. When Linda is left alone to lock up, the men return and grab her. Zack is at the pub with Nancy and rushes downstairs when he hears the commotion.

Chelsea realises that Gray knows James, the guy she hooked up with. Chelsea decides to play with fire by lining up a date with James.

Jack goes out engagement ring shopping for Denise with support from Kim and Chelsea. Chelsea spots a ring in the pawn shop and buys it. However, when she returns home, Gray recognises it as Chantelle’s ring and angrily tells her to take it off.

Later, Chelsea confides in Jack and Kim about what happened, but Jack thinks she should show some empathy. Jack later asks Gray about the ring, but is suspicious when Gray is short with him in response.

Martin is surprised when he tries to withdraw some money and finds that there are insufficient funds. Martin questions Ruby about giving so much money to Jean. Ruby explains that Jean has terminal cancer.

Mitch gives Keegan some advice, while Sonia and Whitney are worried about Tiffany.

Concern mounts for Tommy when he runs off to meet a woman at the playground. When Kat, Whitney and Lexi arrive to find him, he’s no longer there.

Callum is called in to help look for Tommy, while Chelsea steps in and reveals that she saw him at the park. When Tommy is eventually found, Kat is shocked to learn who he was meeting.

Jack visits The Vic with some news about the robbery.

Ruby is worried about what Jean might say to Martin, so she asks Martin if they can go away on a break. Martin refuses to consider it as Jean needs them.