EastEnders fans were thrilled when Mick and Linda Carter (played by Danny Dyer and Kellie Bright) decided to make a proper go at getting their marriage back on track by choosing to leave the Queen Vic for good. The pair have survived a lot during their time on the BBC soap, but could there be a twist in their love tale?

In recent episodes, Linda had been doing well while trying to get clean from alcoholism.

After the boat party, she had come to realise that enough is enough and she and Mick decided love conquers all.

Throwing away her stash of concealed bottles from around the flat, it looked like she was finally on the way to a better life.

But things took a turn for the worst on the day of Dennis Rickman’s (Bleu Landau) funeral, after Sharon Mitchell (Leticia Dean) lost it with her over a catering mistake. 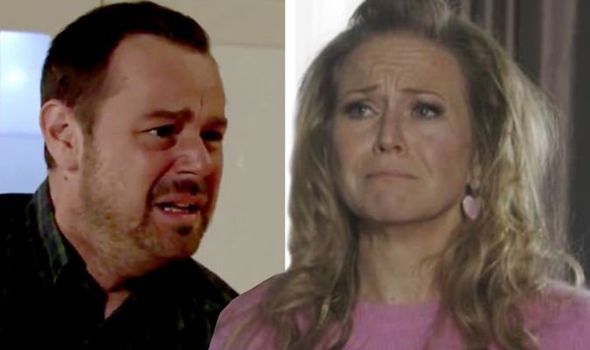 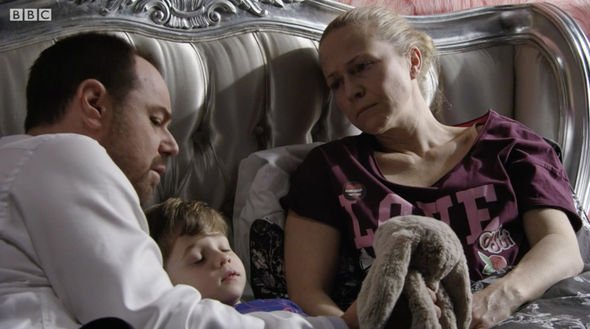 After being humiliated in front of the pub full of mourners, she escaped prying eyes and went upstairs for a breather.

But after clocking Shirley’s (Linda Henry) vodka bottle, she was tempted by the smell and poured herself a small glass, only to be rumbled by her feisty mother-in-law seconds later.

Forced to explain herself to a disappointed Mick, the two thought it best that they lead a life away from the temptations of a pub full of booze.

But as they looked toward the future, will Linda turn it all on its head? 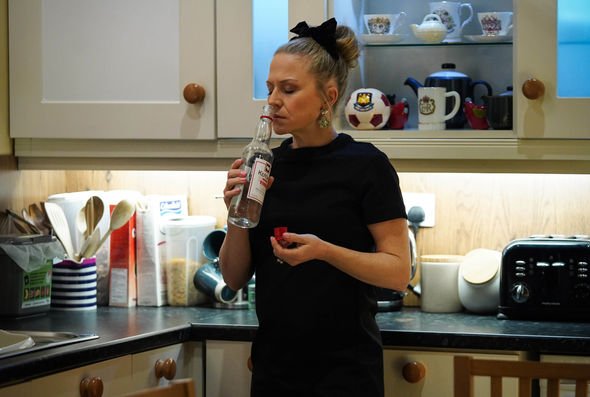 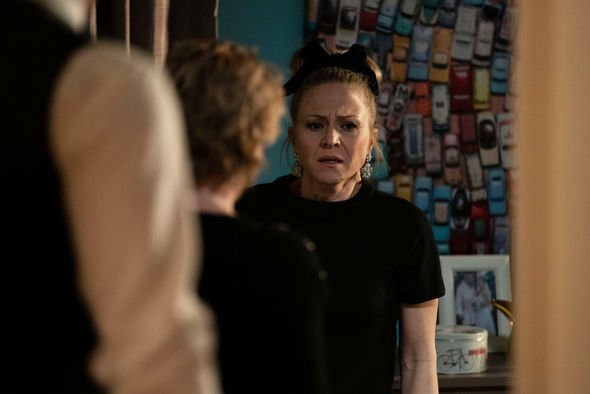 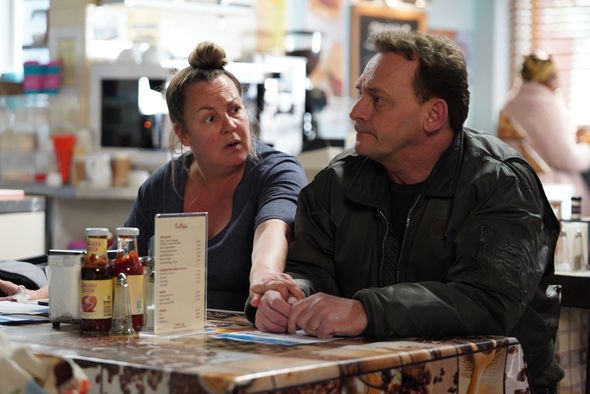 Mick loves being the landlord of Albert Square’s best known local, which is something that is very clear to Linda.

Will she end up breaking his heart by trying to save it?

Does she make the choice to leave Mick rather than allowing him to give up his dream?

Elsewhere on the Square, Billy Mitchell (Perry Fenwick) will also be suffering a loss.

He and Karen Taylor (Lorraine Stanley) have embarked on an unlikely romance and the pair seem pretty happy.

But with his track record of failed marriages and bad break-ups, fans know it won’t end well.

Poor Billy will be left devastated next week as Karen decides to leave Walford with baby Kayden, after Ian Beale (Adam Woodyatt) gave her a significant amount of cash to do so.

The guilt stricken businessman tried to pay the grandmother to leave, on the premise he was helping his dear friend Sharon, who recently gave Kayden to her following Denny’s death.

With the greiving mum finding it exceptionally hard to see the newborn around, Ian thought it would help by sending the baby away so Sharon could grieve and move on in due course.

But what does this mean for Billy and Karen’s relationship?

Could he also be bowing out of Walford to live happily ever after?

EastEnders continues on Monday at 7:30pm on BBC.

END_OF_DOCUMENT_TOKEN_TO_BE_REPLACED

END_OF_DOCUMENT_TOKEN_TO_BE_REPLACED
Recent Posts
We and our partners use cookies on this site to improve our service, perform analytics, personalize advertising, measure advertising performance, and remember website preferences.Ok