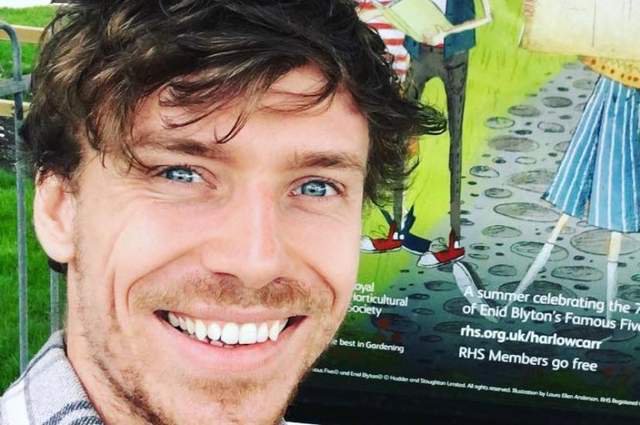 Emmerdale actor Sam Gannon has died suddenly at the age of 31 while visiting America.

The young actor, from Selby in North Yorkshire, was visiting family in Willows, California.

It is being investigated by police but not being treated as suspicious.

The performer was best known for his role as carriage coachman Kev in Emmerdale in January 2019, his big break where he acted opposite star Emma Atkins, who plays soap stalwart Charity Dingle.

His sister Amy said: ‘Sam was a whirlwind, a unique character to say the least. He genuinely cared for others and was a very sensitive soul.

‘It is clear from the tributes we have received that he touched the hearts of so many.’

His family has now launched a crowdfunding appeal in order to help repatriate his body back to the UK and cover funeral costs, with an initial goal of £17,000 as expenses are finalised.

The actor had also appeared with Cold Feet star John Thomson in 2017 short film Talking with Angels, alongside Jane Horrocks, Vic Reeves and Julie Hesmondhalgh, as well as touring nationally and regionally with theatre groups.

Any extra funds raised will be donated to a UK charity supporting youth theatre, which was described as ‘a cause close to Sam’s heart’.

Colleagues of the actor also paid tribute to him on Twitter, with Rob Ward penning: ‘Sam always had a smile on his face, along with a series of gags and one liners that would put one on yours! Lovely, warm, thoughtful guy. Thoughts are with his loved ones.

‘Please give anything you can spare to help them in this unbelievably difficult time.’

‘Sam was always such a lovely chatty bloke. I literally can’t believe this news,’ wrote Jordan Akkaya. ‘Let’s help get him home to his family. Genuinely lost for words over this.’

‘The photograph really does encapsulate his energy and personality,’ he added.

Gannon is survived by mum Angie, brothers Jason and Jordan, partner and “love of his life” Zoe, nieces Matilda and Bethany, and nephews Louis and Evan.

At the time of publishing, £6,200 has been donated to the family’s appeal.

As the total passed £5,000 on Friday, family member Jonathan Kelly shared: ‘We are truly humbled and still overwhelmed by the outpouring of love for Sam. Thank you all so much.’