Emmerdale fans outraged as Kim Tate’s accomplice ‘replaced’ ‘Not him!’

Kim Tate (played by Claire King) arrived back in Emmerdale last week and wasted no time in proving she’s the boss at Home Farm. However, ITV viewers noticed she had introduced a new character into the soap, George (Alex Andreas) and they weren’t pleased with the idea of him replacing Graham Foster (Andrew Scarborough).

When she returned home, Kim wasn’t pleased to see Mackenzie Boyd (Lawrence Robb) had made himself at home.

The Tate matriarch kicked him out and in Tuesday’s instalment, he arrived to collect his things.

Mackenzie said: “I’m just here for my stuff so you can keep the attitude. No reason for things to get nasty. Is Jamie not here to give me a decent send-off?”

Read more: Emmerdale: When is Emmerdale on over Christmas? 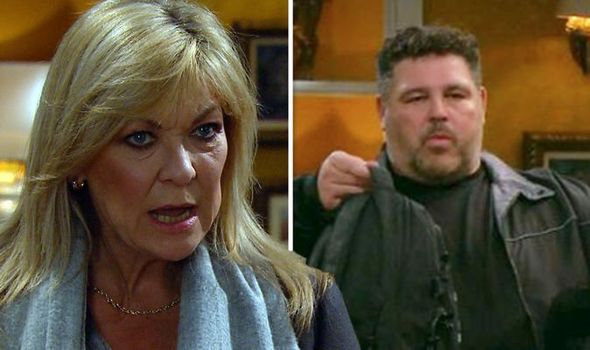 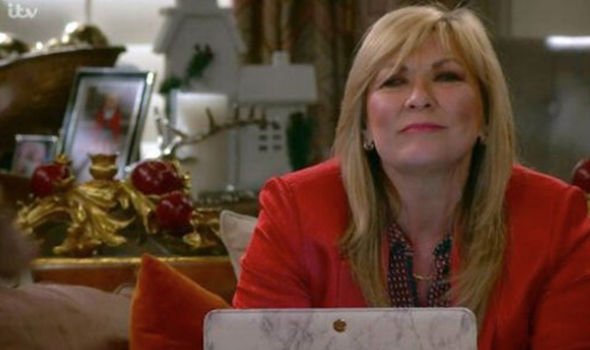 George dropped Mackenzie’s bags on the floor before Kim made it clear they had gone through his belongings.

“I think you’ll find we’ve been very thorough. Oh and leave your keys, can’t have you walking in whenever you feel like it.” 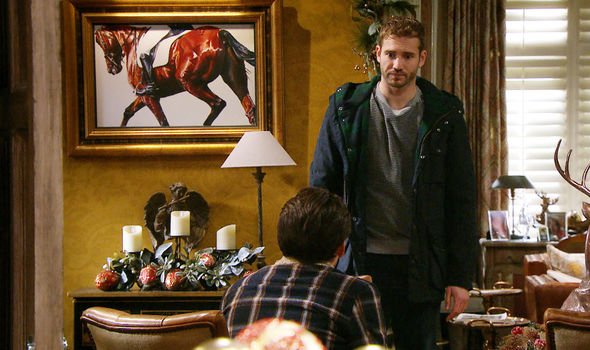 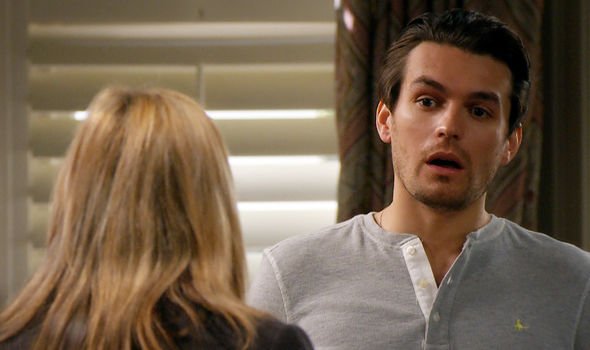 One fan tweeted: “Is George the new Graham?! #Emmerdale.”

“Kim needs a new Graham,” someone else said and a third added: “Nooooo! Not George.”

A fourth quipped: “It’s great having her back. Only Kim would hire a gorilla to do her dirty work. Miss Graham though.”

“Kim Tate is an icon. Love her. Her new henchman George reminds me of Ricky Grover. Loving Chas at the moment also,” another tweeted.

Someone else said: “MacKenzie wasn’t gonna mess with George.”

Graham was murdered earlier this year by Pierce Harris (Jonathan Wrather) stopping him from fulfilling his plans of a new life with Rhona Goskirk (Zoe Henry).

Meanwhile, George proved he can be relied upon to carry out Kim’s menacing plans.

After kicking Mackenzie out, Kim enlisted George to help her get Millie Tate alone.

The henchman tricked Andrea Tate (Anna Nightingale) into moving her car to allow Kim to speak to her granddaughter.

Andrea was horrified when she realised she’d been tricked and headed straight over to Jamie.

The village vet signed over his parental rights to Millie in exchange for Andrea’s silence.

Jamie’s ex-wife knew he was responsible for the hit-and-run that left Moira Barton (Natalie J. Robb) in the hospital.

END_OF_DOCUMENT_TOKEN_TO_BE_REPLACED

END_OF_DOCUMENT_TOKEN_TO_BE_REPLACED
Recent Posts
We and our partners use cookies on this site to improve our service, perform analytics, personalize advertising, measure advertising performance, and remember website preferences.Ok