Andrea (played by Anna Nightingale) is set to ask Charles Anderson (Kevin Mathurin) out for a drink in upcoming scenes of the ITV soap. But Manpreet’s (Rebecca Sarker) jealousy could see her take drastic action – will she begin an affair with the vicar?

Future episodes will see Charles initially turning down Andrea, but his son Ethan Anderson (Emile John) encourages him to go on the date.

Eventually Charles decides to do so, and asks Andrea out for a drink, which she enthusiastically agrees to.

But Manpreet finds she is suppressing her jealousy as past feelings for her ex return when she sees him with Andrea.

Viewers will know the two were engaged 15 years ago, but the wedding never went ahead because Manpreet was already married to her first husband. 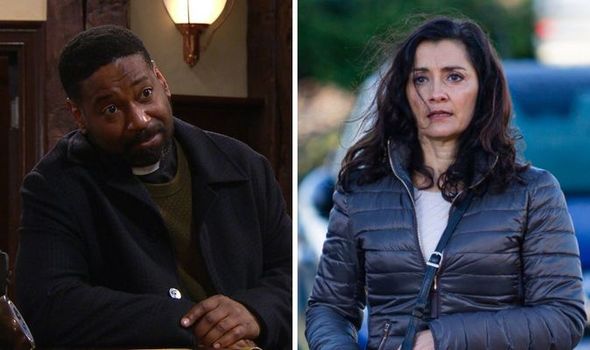 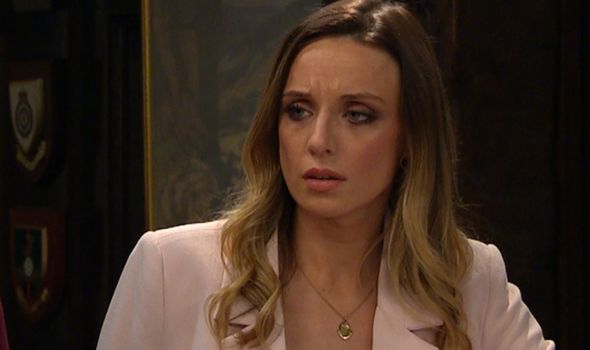 Unfortunately for Manpreet, the date goes well so Charles arranges another with the wedding planner.

Meena Jutla (Paige Sandhu) seems upset by the union, and begins scheming with her sister to try to sabotage it.

Meena is known for being a calculating character, and the sisters often meddle in each other’s lives, with Manpreet previously trying to interfere in Meena’s relationship with David Metcalfe (Matthew Wolfenden).

But now the two will join forces to meddle in Charles’ life, which could see Andrea getting hurt if Manpreet begins an affair with her ex. 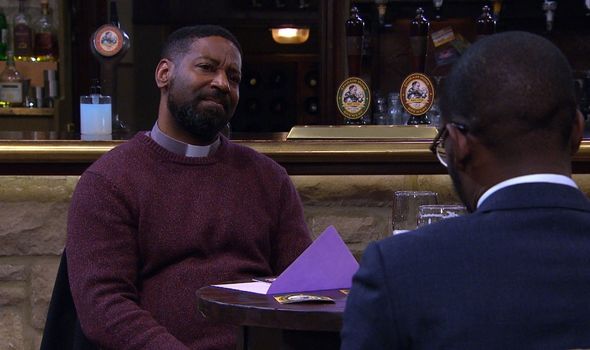 Emmerdale: The barn explodes as Paul tries to escape

Manpreet was recently mortified when her husband Rishi Sharma (Bhasker Patel) threw her out after discovering her secret past romance with Charles.

He told Manpreet earlier this year he needed space after being told she’d almost married Charles years before they met.

The business owner couldn’t handle his wife lying to him any longer while the vicar was happy to put the past behind him and move forward.

The two have since overcome their problems, despite the fact that Manpreet confessed she still had feelings Charles.

But when she sees Charles seemingly moving on in upcoming scenes, she will realise she hasn’t yet put her feelings behind her.

Speaking recently to Express.co.uk, Kevin revealed: “Charles doesn’t want to ruffle any feathers he’s got his answers, he’s accepted them and as a man of the cloth, so to speak, he’s healed.

“He’ll move on, he’ll try and forgive with a bit of humility and all he’s concerned about is his son’s feelings.

But with Manpreet scheming alongside Meena, will Charles be able to reject her if she makes a move on him?

It wouldn’t be unlike Manpreet to try to start something with Charles, and with Andrea now on the scene, she could try to step things up sooner than she had initially planned.

But if the two do start something, what will this mean for Andrea? Charles is unlikely to come clean about his feelings for Manpreet, so he may end up stringing her along.

And this could be the end of Rishi’s patience with Manpreet. If he finds out about the affair, it is likely to be the end for the couple.

Emmerdale continues on Monday at 7pm on ITV.