GEMMA Collins showed off her bra in a plunging pink blazer as she enjoyed a slap-up dinner in Mayfair last night.

The reality star, 39, was at her vibrant best as she hit the town in the lightweight suit and silver heels. 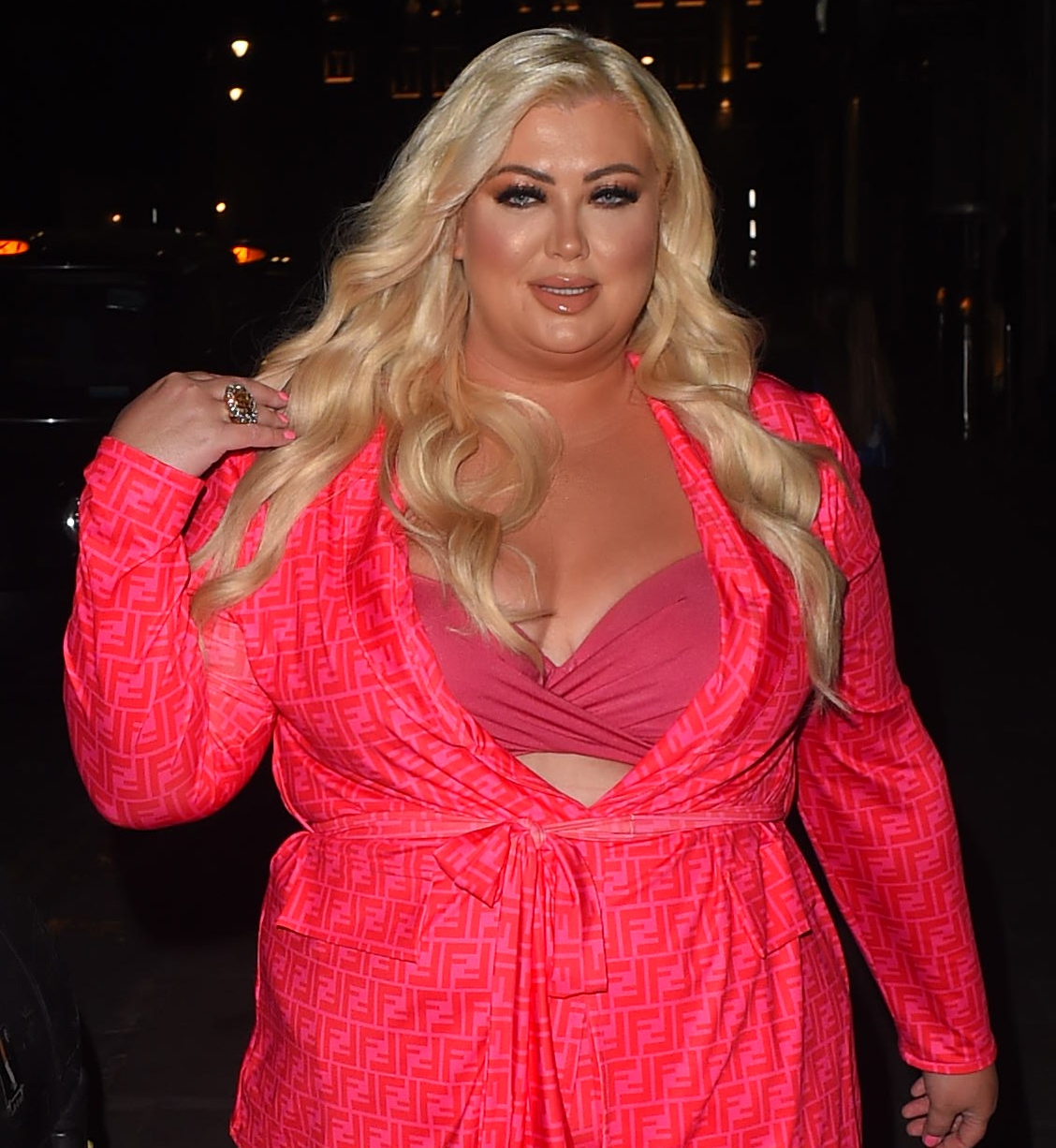 Her golden hair fell over her shoulders in loose waves and she grinned from ear to ear as she headed to Latin-American restaurant Amazonico.

The outing in the capital comes as The Sun revealed Gemma has filmed an episode of Life Stories with Piers Morgan.

She joins the likes of Lionel Richie, Sir Rod Stewart, Sir Elton John, Pamela Anderson and Dame Joan Collins to be quizzed by the straight-talking Good Morning Britain host and she is the first Towie star to feature on the ITV show.

They spent more than six hours filming on Friday for the episode, which is due to air in several months. 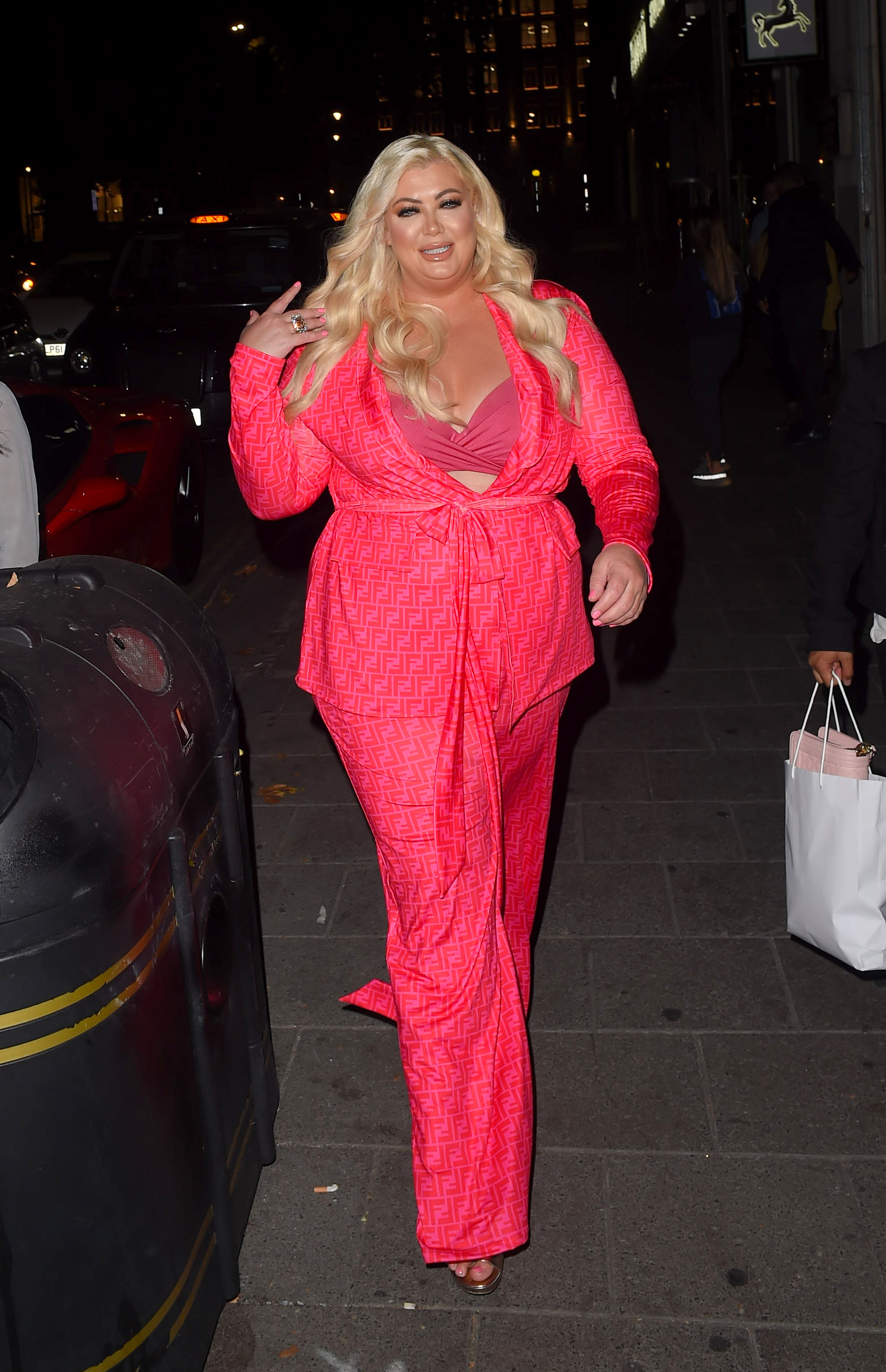 She opened up about dealing with Arg’s cocaine addiction and how she dialled 999 on several different occasions during his dangerous drugs benders, fearing he would die.

She also told of the cruelty she endured when he branded her a “fat f***” and a “hippo” earlier this year, as well as previous abusive relationships, including when ex-boyfriends have been violent towards her. 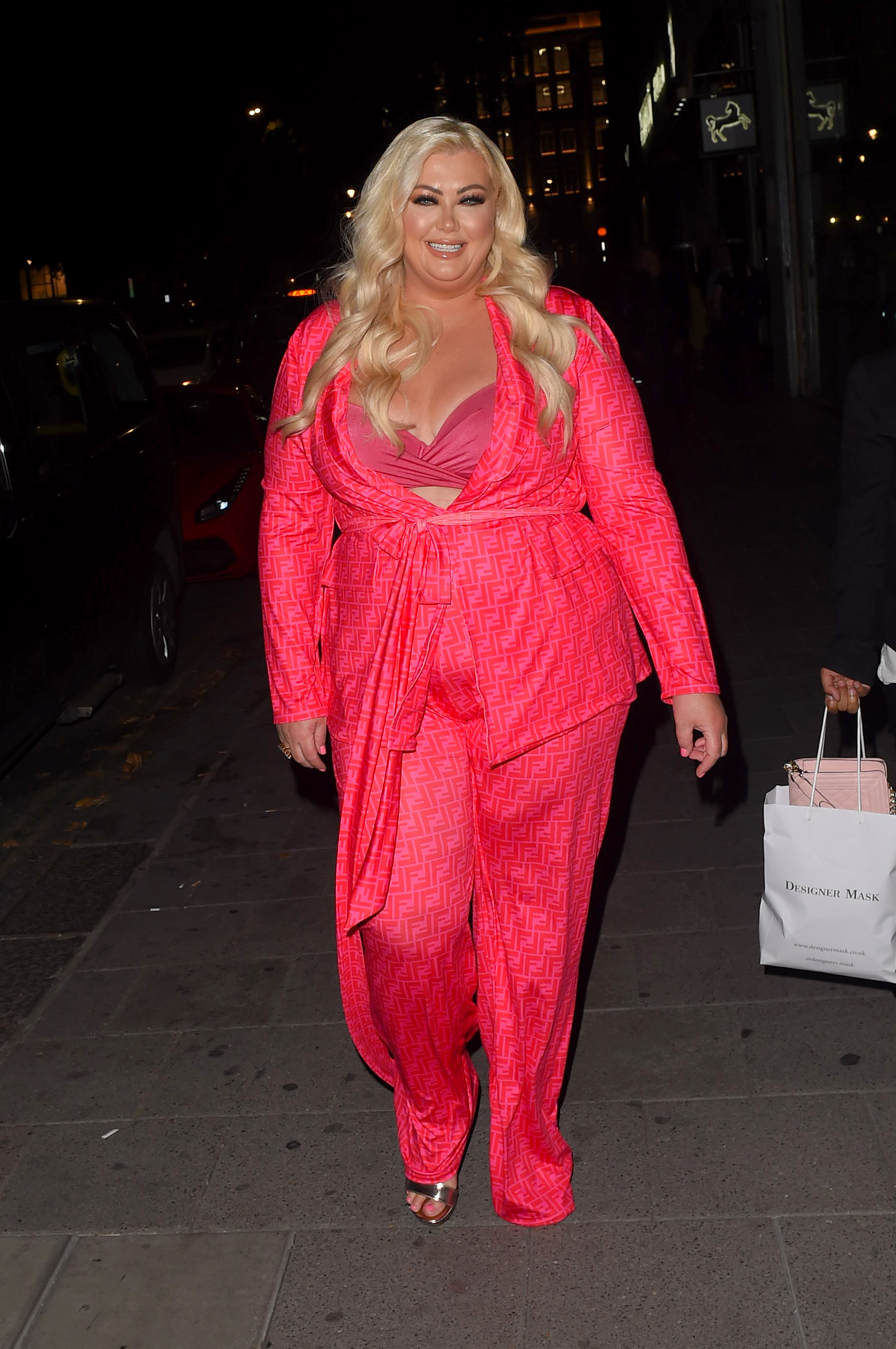 Piers, famous for making his subjects blub, will also probe The GC on becoming a self-made millionaire and her struggle to become a mother and have kids.

A telly source said: “It was an emotional rollercoaster and Gemma opened up to him about deeply personal subjects, including how toxic her relationship with Arg had become and some exes who were abusive to her.

“It was a cathartic experience, though, and she’s proud of how far she’s come.”

END_OF_DOCUMENT_TOKEN_TO_BE_REPLACED

END_OF_DOCUMENT_TOKEN_TO_BE_REPLACED
Recent Posts
We and our partners use cookies on this site to improve our service, perform analytics, personalize advertising, measure advertising performance, and remember website preferences.Ok