“As a retired Air Force officer, I’m amazed at your lack of understanding of how the military works. Stay in your lane,” one critic responded 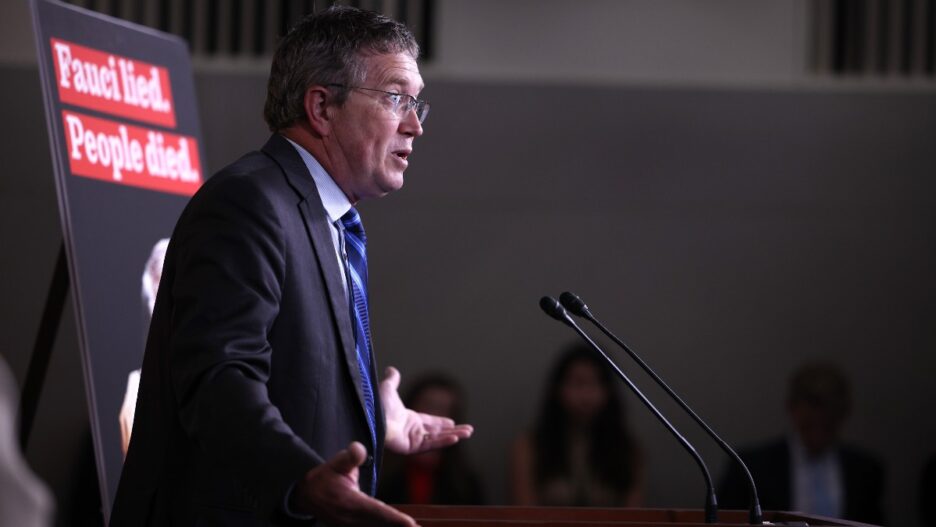 Kentucky congressman Thomas Massie found himself on the receiving end of a lesson in military protocol on Monday morning, after suggesting that active-duty members can simply “quit.”

On Saturday, the GOP representative posted that he had been in touch with members of the military who were considering “quitting” if they were forced to get a COVID vaccine, which so far has largely proven safe.

“I’ve been contacted by members of our voluntary military who say they will quit if the COVID vaccine is mandated.” Massie tweeted. “I introduced HR 3860 to prohibit any mandatory requirement that a member of the Armed Forces receive a vaccination against COVID-19. It now has 24 sponsors.”

Naturally, folks on Twitter were quick to remind Massie — or perhaps inform him for the first time — that no one can just quit the military. One must be officially discharged, otherwise leaving is considering going AWOL (Absent Without Official Leave).

Many also pointed out that military members are already required to get more than a dozen other vaccines when they first join.

“Literally everyone who has served has a story about how they walked a line and got 6-10 shots of unknown substances,” one person tweeted. “For the record, the Department of Defense currently administers 17 different vaccines.”

Early Monday morning, Massie doubled down on his tweet, posting an article from Military.com claiming the vaccine isn’t safe, but he did not address his mistake in saying military members can quit.

You can check out more responses to Massie’s tweet below.