Hail Satan UK premiere TODAY ‘We’re on the edge of a new Dark Age’ Is Satan the answer?

Nobody will argue that the world often feels like it is going to hell recently. So, why not consider the fact that the fast-growing Satanic Temple might actually be one of the most interesting and coherent voices for social justice and equality for us all? They erect statues of demons and demand children have access to after-school groups for Satan worship but are they deluded, dangerous or just plain “evil” as many outraged Americans call them? What they definitely are, is a legally recognised church in the US. Perhaps, it’s time to take a listen?

The thought-provoking documentary from director Penny Lane received a rapturous reception at Sundance earlier this year, and will now close the UK outpost, Sundance London, on Sunday.

Church spokesman and co-founder Lucien Greaves has been on an impressively eloquent charm offensive over here this week.

He told Express Online: “We’re on the precipice of a Dark Age, You can see that in the United States. A lot of the progress we have made as a society can be undone. It’s made the Satanic Temple very relevant. Satan represents freedom, rebelion against tyranny.”

There are no sacrifices, no belief in any sort of ‘superstition’ of Heaven or Hell. The group uses Satanic imagery to counter and protest the growing influence in the US of the church in the state, and the resulting erosion of personal liberties. 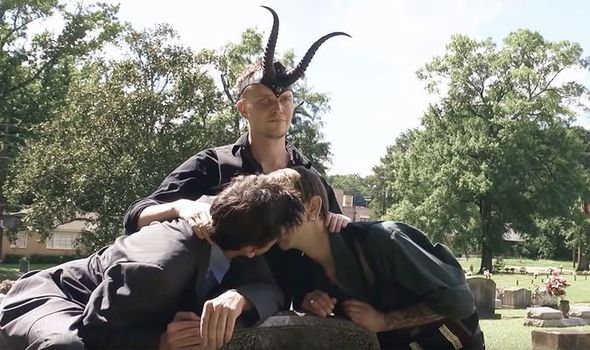 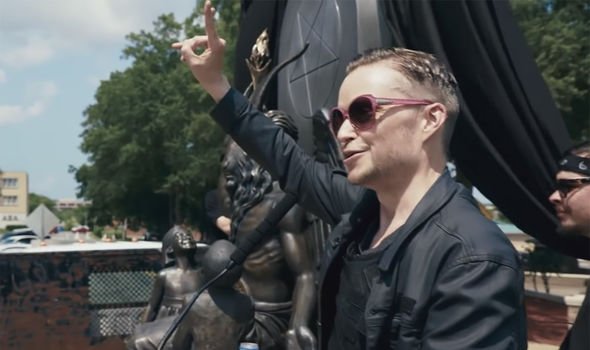 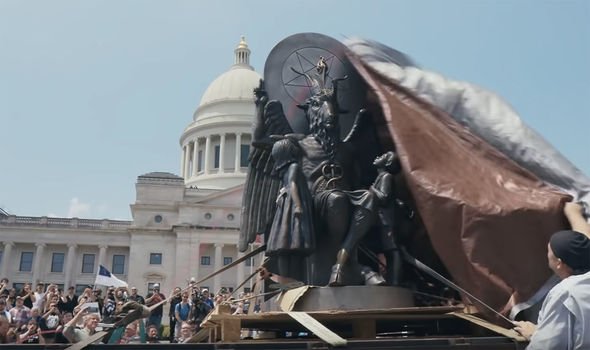 To this end, the Satanic Temple erected a Baphomet demon statue on the grounds of the Arkansas State Capitol in response to their campaign to erect a Ten Commandments monument. They campaign for the Satanic Prayer to be included in schools if Christian prayer is sanctione. They organise counter-protests to anti-abortionists while dressed as giant babies 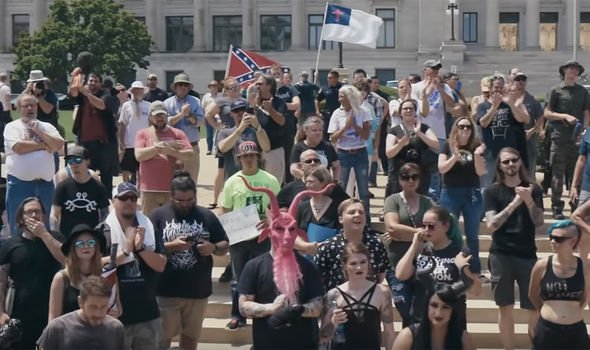 Greaves sums it up to Express Online: “We try to make people think more clearly about judging people for their real world actions.”

Hail Satan? is the Closing Night film of the 7th edition of Sundance London on June 2

Hail Satan? is out in cinemas and on demand on August 23