Hailee Steinfeld on Emily's Messy Relationship With Sue on 'Dickinson'

When Dickinson returns for “a sexier, more sophisticated” season 2 on Apple TV+, audiences will see a very different dynamic between Emily Dickinson (Hailee Steinfeld) and Sue Gilbert (Ella Hunt). Speaking with ET’s Katie Krause, Steinfeld and Hunt set the tone for a “turbulent” time for #EmiSue.

Picking up nearly a year and a half after the events of season 1, the former secret lovers are two very different people now that Emily is even more focused on her poetry and Sue has embraced married life as wife to Emily’s older brother, Austin (Adrian Enscoe).

“It’s messy and it’s heartbreaking and it’s beautiful and confusing,” Steinfeld says of the pair’s relationship, revealing that Sue has gone under quite a transformation between seasons 1 and 2. “Suddenly she’s gone from wearing one color to wearing every color; being introverted to making people think she’s now extroverted.” 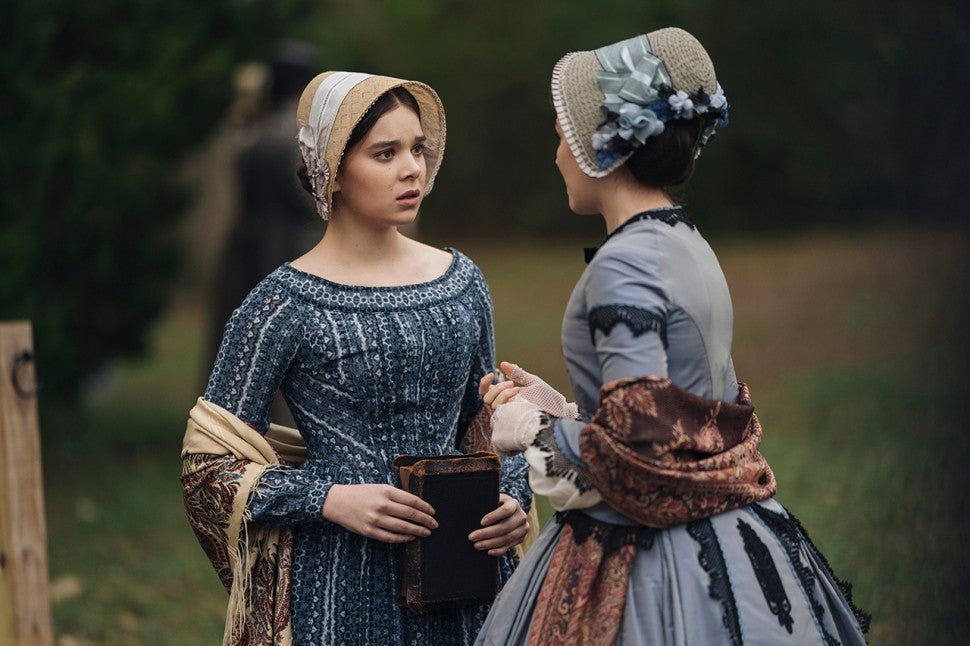 Sue is hosting all these events, which has made her the center of society so to speak and her home the place to be. But in the process of doing that, she’s dealing with some unexpected trauma audiences will come to learn about in season 2 while also keeping Emily at a distance.

“Sue’s channeling her struggle into elaborate parties,” Hunt confirms, adding that “there’s a lot bubbling under the surface.” Ultimately, she’s trying to “change the dynamic between the two of them.”

Steinfeld adds that Sue is deflecting. And the further she pushes Emily away, the more confused Emily becomes as she isolates herself in her work. “But their relationship is as complicated and as beautiful as ever in season 2,” the actress continues.

While Sue and Emily navigate a complicated relationship, they both are facing an ever-changing world that includes the country edging ever closer to Civil War as well as the arrival of the daily newspaper and Finn Jones as its “young, ambitious” editor Samuel Bowles, who dangles fame in front of Emily.

And Hunt adds that all Sue wants is for Samuel to publish Emily. 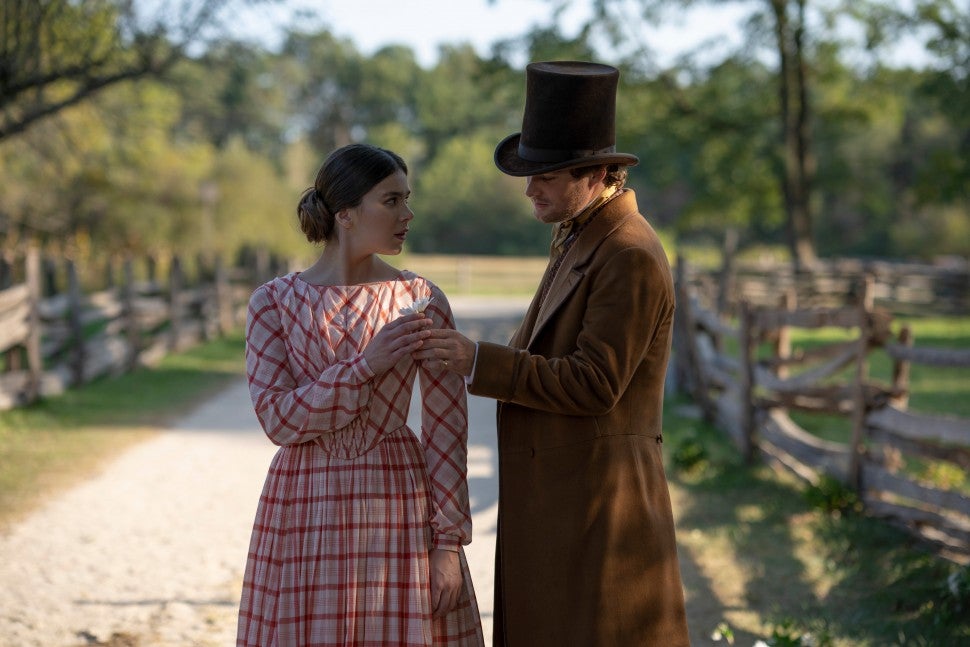 Because of that, Steinfeld says that Emily’s life goes from poems written for an audience of one to possibly readers all over the world if she gets featured in the newspaper. As a result, she is searching for answers to what fame means. “What determines that? [Is she] opening herself up to a world of judgment?” the actress asks, explaining that the young writer is faced with self-doubt for the first time.

“She’s never, ever had an issue with sitting down and writing. And suddenly, she’s just overtaken and consumed by this idea of fame and attention. It’s something she’s always thought she wanted,” Steinfeld continues. “It’s this crazy, back-and-forth roller-coaster ride of her trying to figure out what the heck she really wants.”

And exacerbating those feelings is the growing chasm between Emily and Sue, with the writer turning further and further inward to manage her agonizing thoughts. “It leaves room for a lot that is unsaid and a lot that is subtext,” Hunt warns, adding that “you can expect for it to bubble up by the end of the season.”

END_OF_DOCUMENT_TOKEN_TO_BE_REPLACED

END_OF_DOCUMENT_TOKEN_TO_BE_REPLACED
Recent Posts
We and our partners use cookies on this site to improve our service, perform analytics, personalize advertising, measure advertising performance, and remember website preferences.Ok