Jeremy Renner has opened up on why he thinks the new Marvel series Hawkeye on Disney Plus sends a ‘great’ message to children, as Clint Barton returns for an explosive adventure.

Following the events of Avengers: Endgame, Hawkeye follows Clint as he unwittingly crosses paths with superfan and MCU newcomer Kate Bishop (Hailee Steinfeld) while trying to enjoy some family time with his kids in New York.

The superhero gets drawn into a world of underground gangs, unwillingly inherits a protégé and faces ghosts from his past, all while trying to get home in time for Christmas.

During the London premiere of Hawkeye, the night before Disney Plus Day, Metro.co.uk spoke to Jeremy about what surprises the new series has in store for fans who have watched his portrayal of Clint in the movies for a decade, having made his debut in the 2011 film Thor.

Jeremy, 50, explained that people are going to find out more about the character than ever before, including why he is a ‘motherf**king superhero’, despite not having superpowers.

‘It’s Marvel, so you’re always going to get surprises. I was surprised often, just by some of the storytelling,’ he told us. 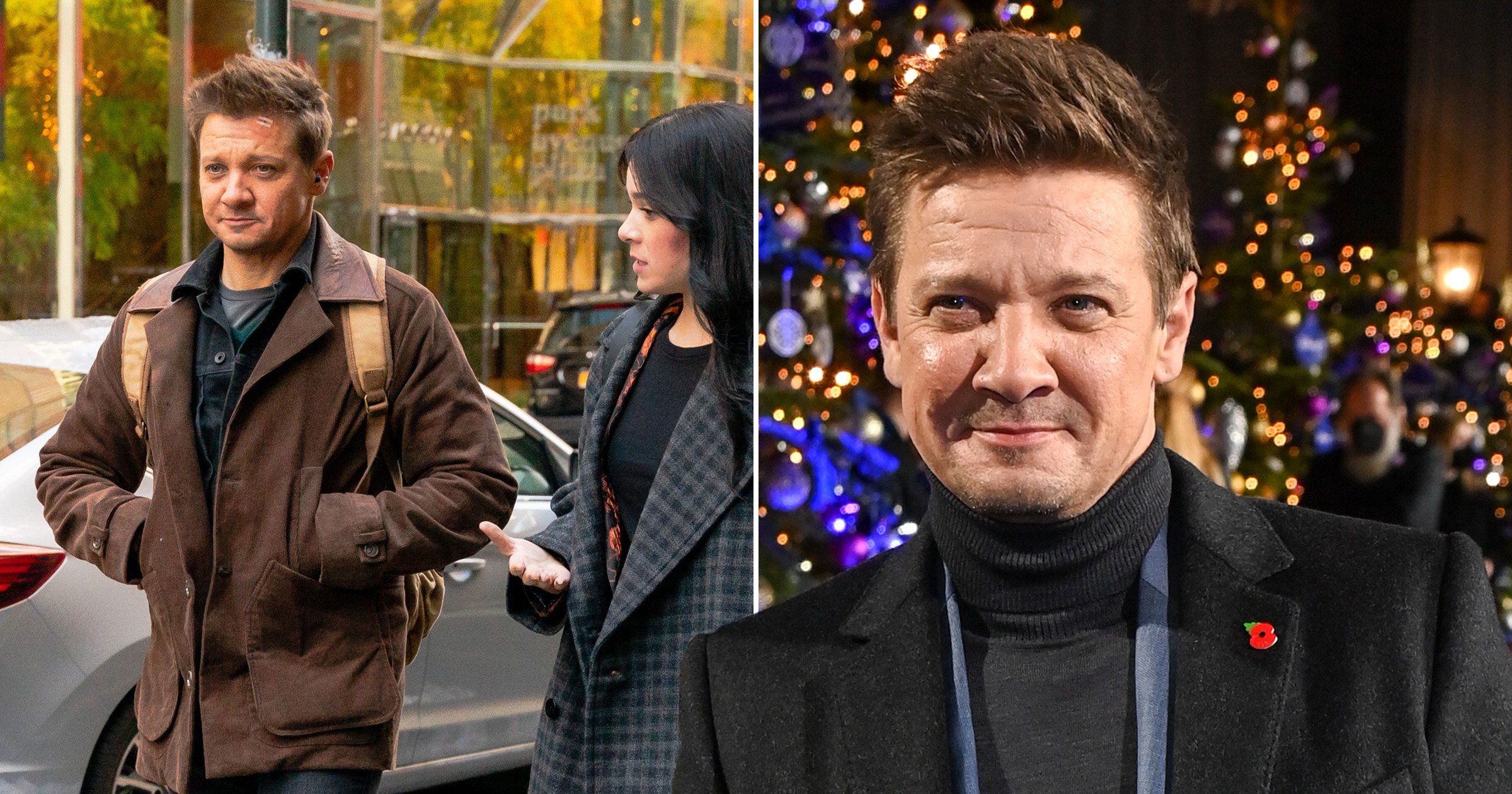 ‘I think that the things that people know or what I even knew about the character are going to be even more deeply and greater expressed.’

The actor continued, saying: ‘I think there’s going to be a more clear definition of why this guy’s a motherf**king superhero, right, with no superpowers, and so I don’t even have to talk about it.’

He outlined that this fact is exactly why he believes Hawkeye is sending a pivotal message to its young viewers.

‘Because I talk about it with kids all the time, that you don’t have to be able to fly around with lasers, have lightning, do this,’ he said.

‘The superpower that Clint Barton has and that Kate Bishop has, I think is a great message to send to kids, and this show’s going to express that so I don’t have to talk about it as much. It’s a beautiful thing.’

Director and executive producer Rhys Thomas also caught up with Metro.co.uk at the premiere, emphasising how at his core, Clint is a ‘family man’, which is why he found it ‘interesting’ to base Hawkeye during the ‘family-driven time’ of Christmas when the former S.H.I.E.L.D. agent is experiencing ‘serenity and joy’.

‘The Christmas movie genre is laden with the trope of the hero that just needs to get back to his family, so Clint’s just the perfect guy to go through that frustration. Because it also speaks I think to his relationship with his family, that he can’t ever get away from who he is,’ Rhys said.

Rhys, who is best known for his work on Saturday Night Live, said that he found the biggest challenge of creating Hawkeye the ‘reality’, because ‘he’s a real person that can’t fly around and doesn’t have a crazy toolkit’.

‘Practical concerns like how he gets his bow from one place to another is surprisingly complicated when you don’t have a special suit to pop it in. That’d be one thing,’ he said.

The director added that another challenge which was a ‘big deal’ was maintaining the ‘standard’ that Marvel has set, which fans have become ‘accustomed’ to over the years.

In addition to Jeremy and Hailee, Hawkeye also stars Florence Pugh, who is reprising her role as Yelena Belova from Black Widow, and Alaqua Cox as Maya Lopez, a character otherwise known as Echo who is set to have her own eponymous show on Disney Plus.

Hawkeye premieres on Disney Plus on Wednesday November 24.