The 38-year-old let off some steam with her colleague, husband Dan Baldwin and other friends, as they tucked into a slap up meal, accompanied by a few alcoholic beverages, at London's MNKY HSE on Wednesday. 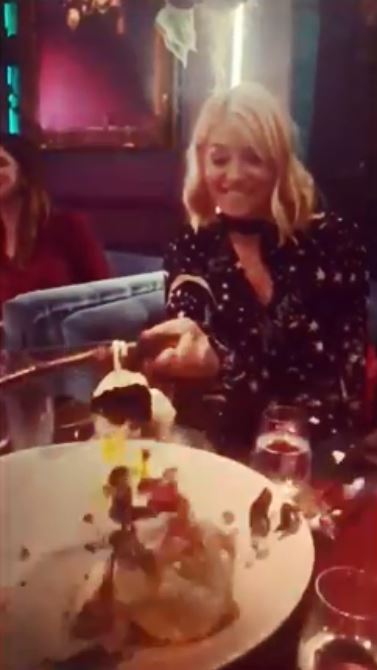 During the evening the group ordered a fresh fruit platter, among other dishes.

While Holly had the added entertainment of whacking a monkey-shaped pinata, to reveal a shower of sweet treats.

The star shared a slow motion video of her in action on her Instagram account, which she captioned: "Monkey piñata." 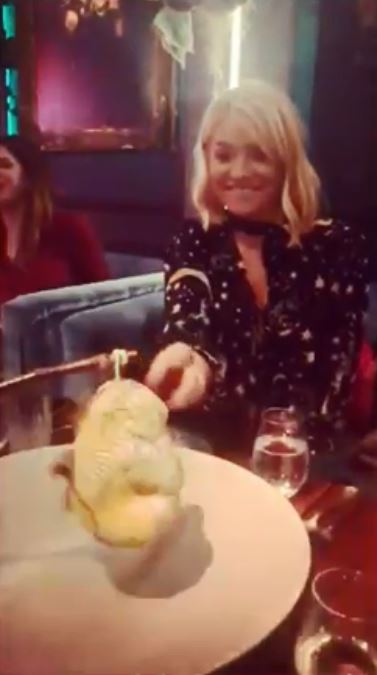 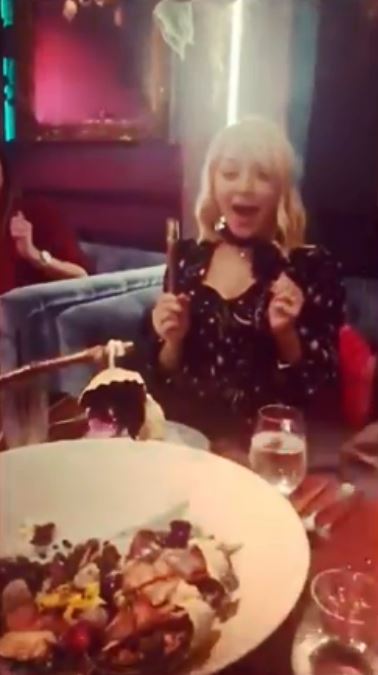 With one commenting: "Your face afterwards is classic Holly", as she beams with joy at breaking open the outer shell.

Another wrote: "This is hilarious!"

While a third added: "The joy in her face."

Phillip, 57, also documented his boozy lunch on his social media. 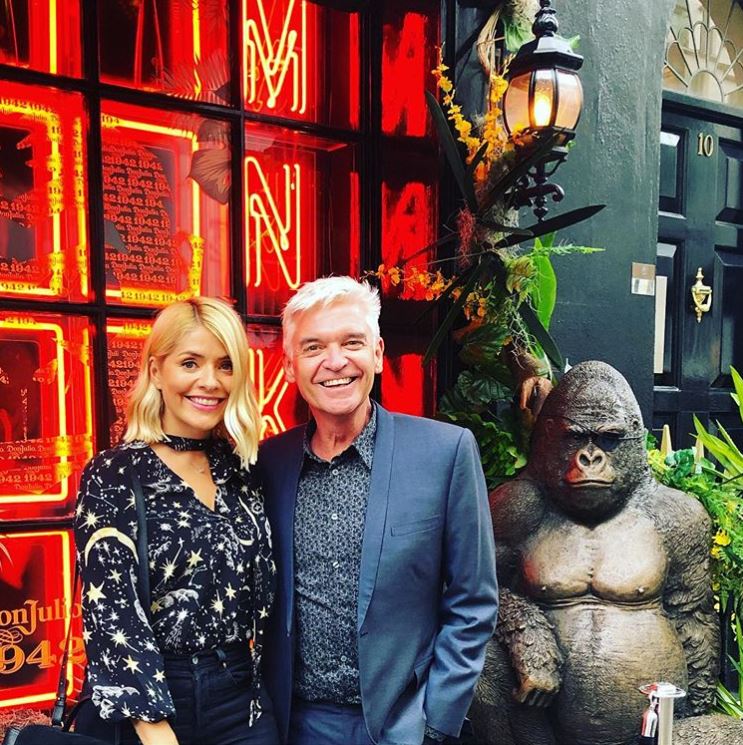 He shared a picture of him with Holly outside the venue.

The post simply read: "Thank you SO much for a great afternoon @mnky_hse."

He also shared a string of videos on his Instagram Story, including a closer look of Holly, sitting beside her spouse, smashing the hanging feast.

Speaking in the clip, she said: "Do we all get a hit each?"

But the fellow diners insisted Holly could take out the prop in one full swing. They said: "No you hit it."

Phillip went on to show off their meal as he zoomed in on the smoking dessert platter.