Today on This Morning, Holly Willoughby and Phillip Schofield spoke to Maggie, who has banned under-25s from her pub after young people have been blamed for the increase in new coronavirus cases. She explained how she posted the rules for her business on Facebook before receiving backlash and even death threats.

Holly told viewers: “Well, landlady Maggie Holmes has taken matters into her own hands and has banned all under 25s from entering her pub.

“She joins us now alongside 22-year-old Freddie Bentley who says this is age discrimination.

“Maggie let’s start of with you, this wasn’t a decision you took lightly. You thought carefully about this and you posted on, I think it was Facebook, you’ve since taken it down because, we’ll come to the abuse you’ve received off the back of it.”

After Maggie explained she had posted details of why she had banned under 25s from her pub, Phillip went on to address the abuse she had received. 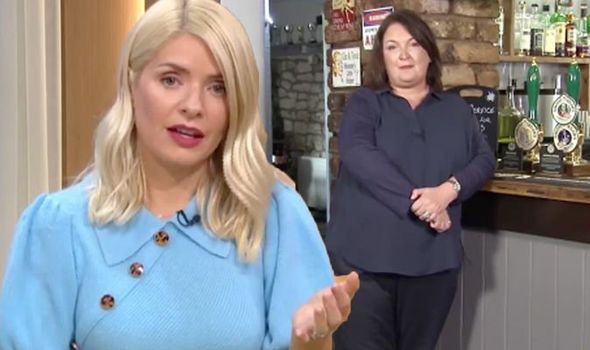 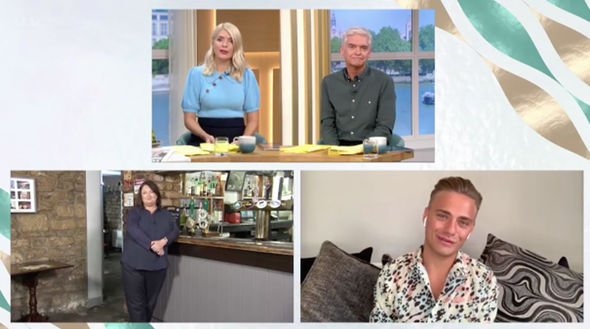 He remarked: “You’ve since taken the post down from Facebook and you got a death threat directly to you down the phone. What other reactions have there been?”

“I put it on Facebook initially as I was saying, I didn’t want people turning up and then my staff having to say, ‘I’m really sorry,” Maggie began.

“So that was my initial idea of putting it on Facebook.

“Then as I say, I hadn’t really taken much notice, I just thought it was an ordinary post until the next day there were calls, I think it got something like 2,500 shares, I got lots of abuse about age discrimination etc. 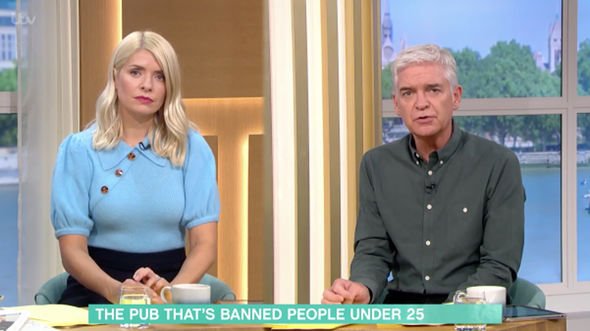 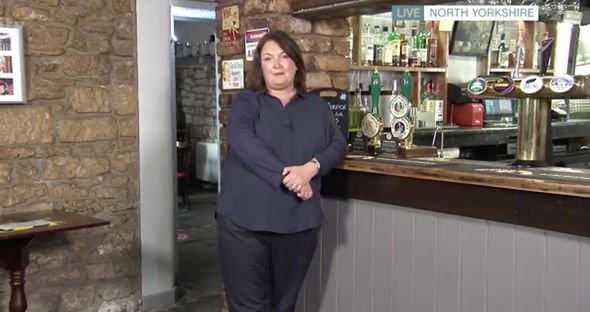 “It just went on and on and then people emailing me from false email accounts saying, ‘We hope your business never recovers,’ ‘You deserve to die from this.’”

“I’m sorry but there is no excuse for that,” Holly fumed.

When asked by Phillip if she could have simply asked customers to be “extra careful”, Maggie replied: “We don’t actually have that many customers of the younger demographic, it’s actually only about 15 percent and they are amazing.

“But I didn’t want to take the risk, I’ve seen businesses around me closing down, and I’m not naive enough to think there won’t be someone else bringing in coronavirus but I wanted to reduce the risk.”

Maggie added she had no other income as the pub’s kitchen and letting rooms had to close due to coronavirus.

Viewers were left divided over the interview, with one writing on Twitter: “@thismorning @Schofe @hollywills We can’t put all under 25’s in the same bracket. We could all be spreading Coronavirus, no matter what age we are and could all have it.”

Another added: “@thismorning a lady banning under 25’s in her pub are you kidding me? Age discrimination right there, how can this be allowed? Another divide whilst government blame the younger generation for the spike.”

It comes after it was reported almost two million people in north-east England are expected to face restrictions as coronavirus cases rise.

To find out details of coronavirus in your area, please fill in your postcode below.

The local restrictions come as Prime Minister Boris Johnson said “the only way to make sure the country is able to enjoy Christmas is to be tough now”.

He added the government is doing “everything in our power” to avoid another nationwide lockdown.

This Morning airs weekdays on ITV at 10am.

END_OF_DOCUMENT_TOKEN_TO_BE_REPLACED

END_OF_DOCUMENT_TOKEN_TO_BE_REPLACED
Recent Posts
We and our partners use cookies on this site to improve our service, perform analytics, personalize advertising, measure advertising performance, and remember website preferences.Ok