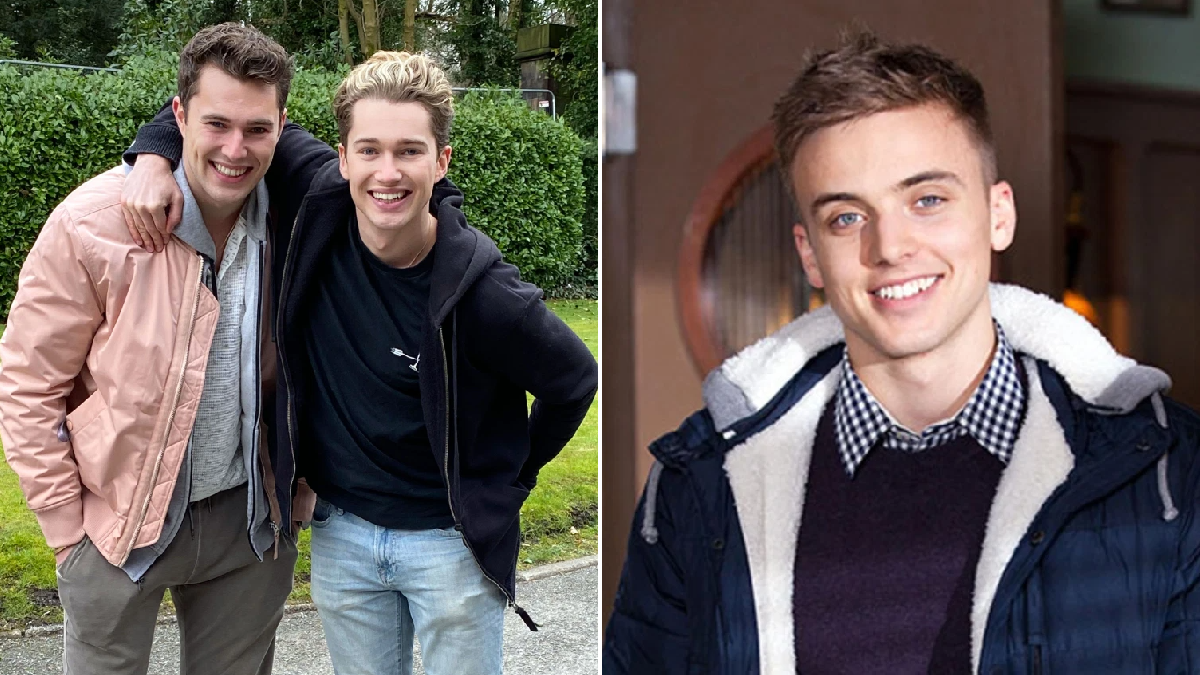 Hollyoaks star Parry Glasspool has slammed the casting of AJ and Curtis Pritchard.

However, AJ and Curtis’ appearance has divided many fans. Some of scenes have gone viral online, and many actors within the industry have been speaking out against reality TV stars landing acting roles.

Parry Glasspool – who played Harry Thompson in Hollyoaks – shared an article from Grazia onto his Instagram stories slamming AJ and Curtis’ casting.

It reads: ‘To be clear, I have no problem with people using reality TV to accelerate a career in which they’ve trained or shown interest in.

‘But it’s agonising to watch. The pain of knowing that anyone else landing a part on a successful soap takes training, previous credits, a load of castings and auditions before you are even considered for a role. In this day and age, it’s probably easier to jet off to Majorca and go on Love Island than to be in with a chance of securing acting jobs.’

‘When young actors look on after countless rejections to see the part they went for has been snatches up by someone who “wants to be the kind of guy that makes everyone coffee in the morning”, it’s enough to make you want to give up.’

He said: ‘This is everything and more that is wrong with an industry I love. These people that suddenly come up with these casting ideas need to resign immediately. Shocking’