Happy Days was one of the most successful sitcoms of the ‘70s. And while the story was set in the ‘50s, the show was influenced by its modern culture. In fact, there is one Happy Days character that was directly inspired by Star Wars: A New Hope. 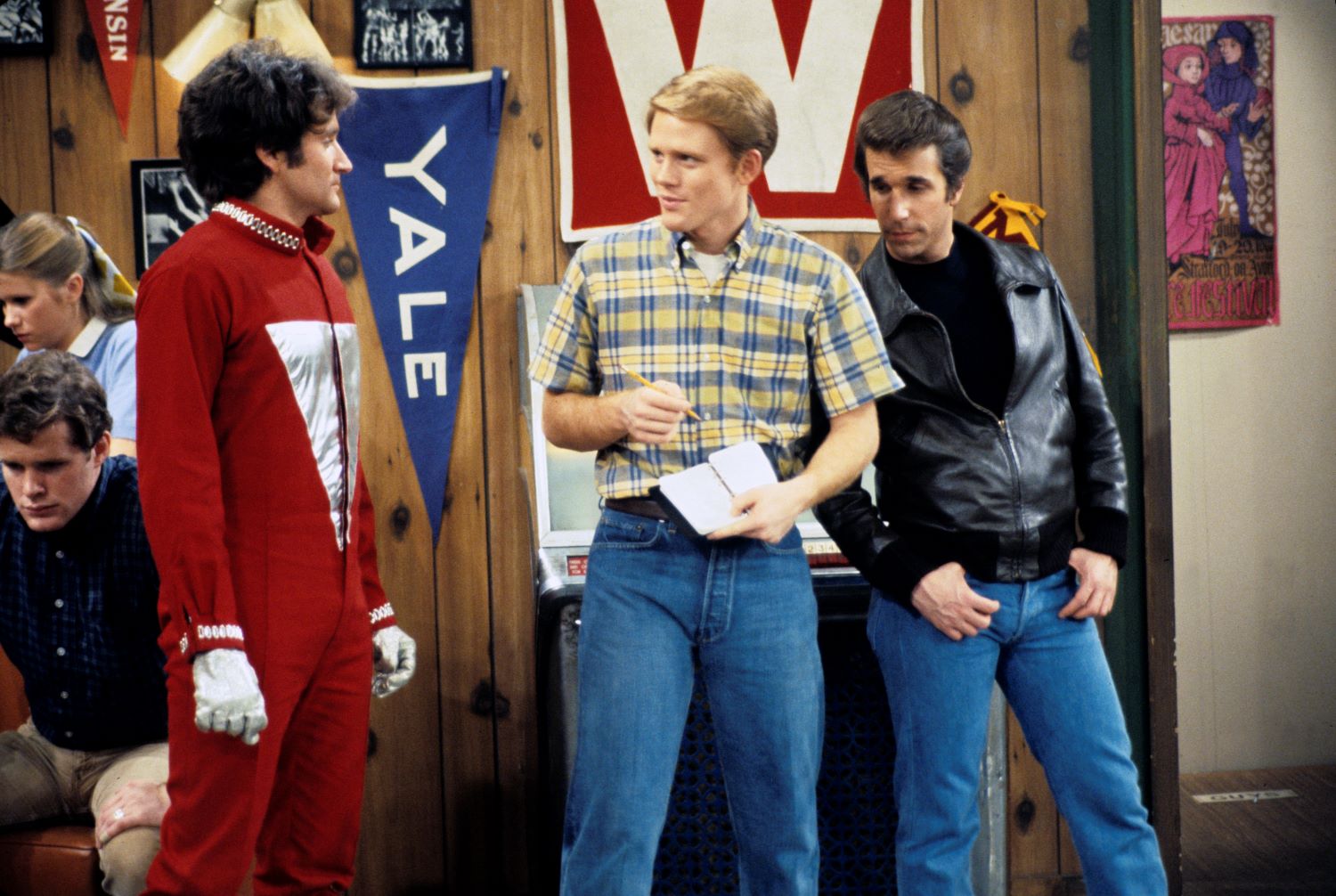 Micheal Eisner and Tom Miller came up with the concept for Happy Days (initially titled The New Family In Town) in 1971, while snowed in at Newark airport. Garry Marshall and ABC rebranded the sitcom Happy Days. And it went on to air for 11 seasons, from 1974 to 1984.

The series became the number 1 show on television and spawned several spin-offs. Based on characters introduced on the show, Happy Days producers created sitcoms like Laverne & Shirley, Mork & Mindy, and Joanie Loves Chachi.

Happy Days was heading into its fifth season when George Lucas’ ground-breaking space opera, Star Wars: A New Hope premiered. The film was not just a box office success. It earned multiple Academy Awards and spawned one of the biggest film and TV franchises in Hollywood.

How ‘Star Wars’ inspired the creation of Mork on ‘Happy Days’

In 1977, Garry Marshall took his son to catch Star Wars: An New Hope. And after watching the film, Marshall was inspired to create the character of the alien, Mork.

“Garry Marshall went to see Star Wars with his son Scotty,” Happy Days star Anson Williams revealed in an interview with the Hallmark Channel. “And they came out, and Scotty asked his dad, ‘Can you do a Martian episode?’ And Gary said, ‘Yeah, we’ll figure something out.’”

Williams said that Marshall then developed the character of Mork. But he noted Marshall started with a “horrible” script.

“They didn’t figure it out,” the actor suggested. “We got this script that was horrid.”

During the first table read, Williams said the cast was shocked at how bad the script was. Marshall promised a better script the following week, but that one was “worse,” Williams noted.

The first actor hired to play Mork had a difficult time with the material. And he ended up quitting two days before the episode was scheduled to go live.

“Gary comes down on the set and asks, ‘Does anyone know a funny Martian?’ Williams recalled. “Al Molinaro goes, “There’s this guy I know from my Harvey Lembeck class, his name’s Robin Williams.’”

Robin was hired for the role, and when he came on set, Anson said he blew the producers and writers away. He developed most of Mork’s character his first day on set through improvisation, including his catchphrase, “Nanoo nanoo.” Robin’s take on Mork was so well received, Marshall gave him the spin-off show, Mork & Mindy, within a week.

END_OF_DOCUMENT_TOKEN_TO_BE_REPLACED

END_OF_DOCUMENT_TOKEN_TO_BE_REPLACED
Recent Posts
We and our partners use cookies on this site to improve our service, perform analytics, personalize advertising, measure advertising performance, and remember website preferences.Ok