All 11 seasons will be available Feb. 3; Peacock will offer first 12 episodes for free 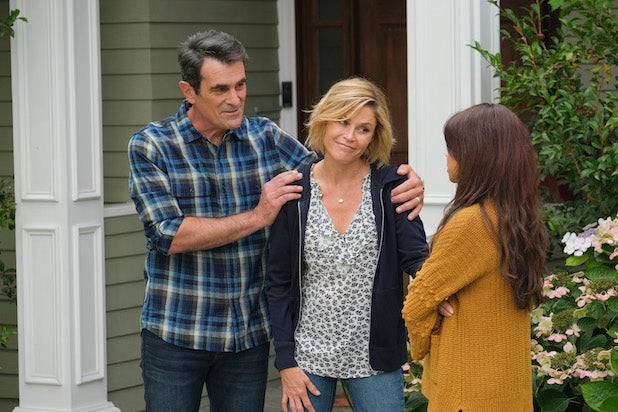 In a unique deal, Hulu and Peacock have both acquired the streaming rights to the hit ABC comedy “Modern Family.” All 11 seasons of the Emmy-winning series will be available on both platforms beginning Feb. 3.

The deal marks the first time that all 250 episodes of “Modern Family” will be available to stream. During its run, Hulu had next-day rights to the series, which is produced by 20th Studios. Disney owns both the studio and Hulu.

Peacock will offer the series in a similar fashion as “The Office.” The first 12 episodes of Season 1 of “Modern Family” will be on the streaming service’s free tier, with the rest behind the paywall, which can cost between $4.99 and $9.99 a month. Comcast and Cox subscribers get the premium tier included in their TV packages.

An individual with knowledge of the deal told TheWrap that the sharing agreement between Hulu and Peacock allowed the full series to hit streaming earlier than planned.

According to Val Boreland, executive vice president, content acquisitions, NBCUniversal Entertainment, television & streaming, there were talks about Peacock acquiring the series exclusively, but that the sharing agreement “is what worked out best and was mutually beneficial for the three of us.”

“As a new service, we have to be very selective and strategic in what we want to buy exclusively,” Boreland added. “It doesn’t need to be exclusive on our platform to still perform.”

“Thanks to its sharp writing and an eccentric but exceedingly likable cast of characters, ‘Modern Family’ ushered in the return of the family sitcom and offered viewers a unique and refreshing portrayal of family life,” said Brian Henderson, vice president, content partnerships for Hulu, in a statement. “We were fortunate to bring this beloved series to Hulu audiences next-day during its celebrated run, and now we’re excited to offer every episode so new fans can meet the Pritchetts, Dunphys and Tuckers and old friends can visit them again.”