I’m Thinking of Ending Things ending explained: What did THAT ending mean?

I’m Thinking of Ending Things stars Jessie Buckley and Jesse Plemons in a new psychological horror on Netflix. The film, from director Charlie Kaufman, sees a woman going to see her partner’s parents for the first time. Some very strange things occur – but what particularly did that ending mean?

The ending of I’m Thinking of Ending Things is, as any Charlie Kaufman movie might be, rather confusing and not what fans may have expected.

While Jessie Buckley’s girl is in the car on the way home from meeting the parents with Jake (played by Jesse Plemons) she is confused at his desire to get a cold, ice cream milkshake in the middle of a midnight blizzard.

When they get there, there is a young woman with a rash on her arm who is trying to convince the girl that she “doesn’t need to go forwards.”

The girl is confused, so chooses to get back in the car with Jake anyway, but soon Jake shares his desire to drop off the ice cream cups in a bin near his old high school.

READ MORE: Cilla Black Beatles: How The Beatles helped Cilla to get her contract 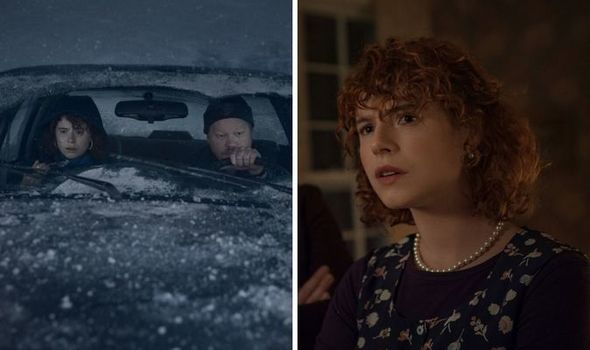 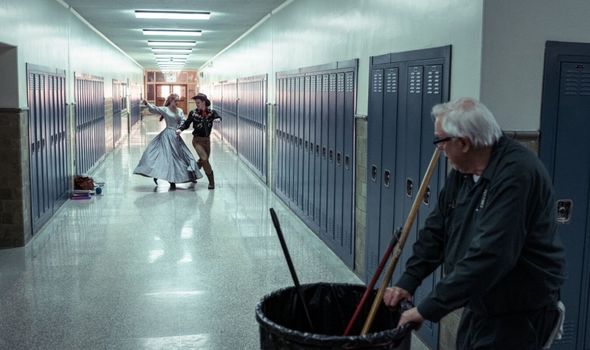 Of course, ahead of their arrival, they discussed many things in the car, but on arrival they have an argument, and Jake attempts to start kissing the girl.

Suddenly, he noticed the janitor from the school watching them, and goes out to confront him.

After waiting for a long time and considering how she was wanted to “end things” for a while, the girl finally goes in to find Jake, only to be confronted by the janitor, who gives her the same slippers she wore at Jake’s home.

After this, she finally comes upon Jake, but two figures dressed like them begin to dance what seems to be a version of their life together, almost in a dream-like ballet. 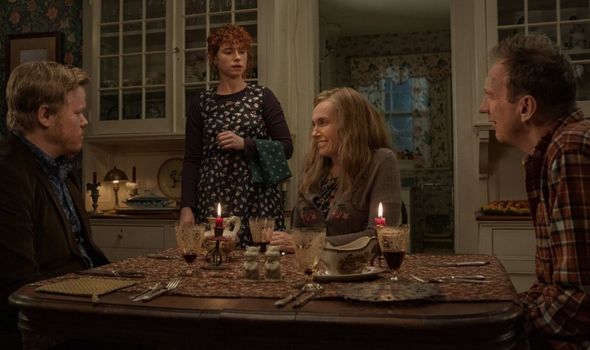 In the ballet, they fall in love and get married, but then the janitor tears her from him and, after a duel with the dancer-Jake, kills him, leaving the dancer-girl alone while the dancer’s body is covered in snow.

It is soon clear this did not occur, and the janitor cleans up while the audience is shown the janitor’s hallucination, where he strips naked in his car while seeing memories of Jake’s parents, and being spoken to by a big who was eaten by maggots.

Then, the janitor is told of “being a physicist,” and Jake, but with theatrical old-age make up, is seen making a speech in acceptance of a Nobel Prize, on a stage set out like the musical Oklahoma! 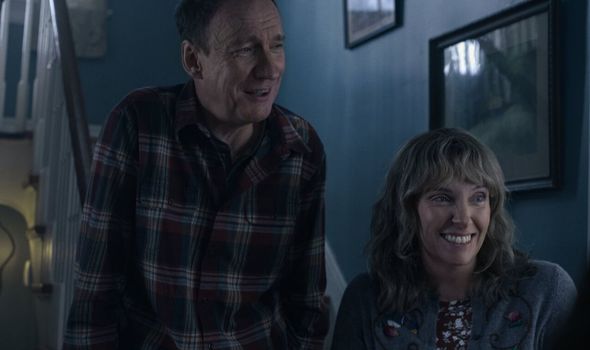 As this moment ends, the final shot of the movie shows one car sitting outside the school completely covered in snow in the morning.

The film is clearly all about ageing, youth, relationships and regrets, and this is made more by the way in which the film ends.

As people are shown in theatrical make-up, this clearly plays on ageing, but throughout the film there is the suggestion the janitor is in fact Jake, as he clearly has similar memories and the same slippers.

The film also diverts drastically from the book on which it is based, which ultimately ends in Jake and his girlfriend being the same person, and her killing herself in order to separate them.

However, it does make clear Jake is the janitor, who dropped out of school and became disturbed after the death of his parents, so Kaufman is clearly making an allusion to this in the film.

Ultimately, the movie is only fully understood by Charlie Kaufman himself, and the author of the book, Iain Reid.

But needless to say, fans will spend the next few weeks trying to unpack – and some may even get close.

I’m Thinking of Ending Things is on Netflix now

END_OF_DOCUMENT_TOKEN_TO_BE_REPLACED

END_OF_DOCUMENT_TOKEN_TO_BE_REPLACED
Recent Posts
We and our partners use cookies on this site to improve our service, perform analytics, personalize advertising, measure advertising performance, and remember website preferences.Ok