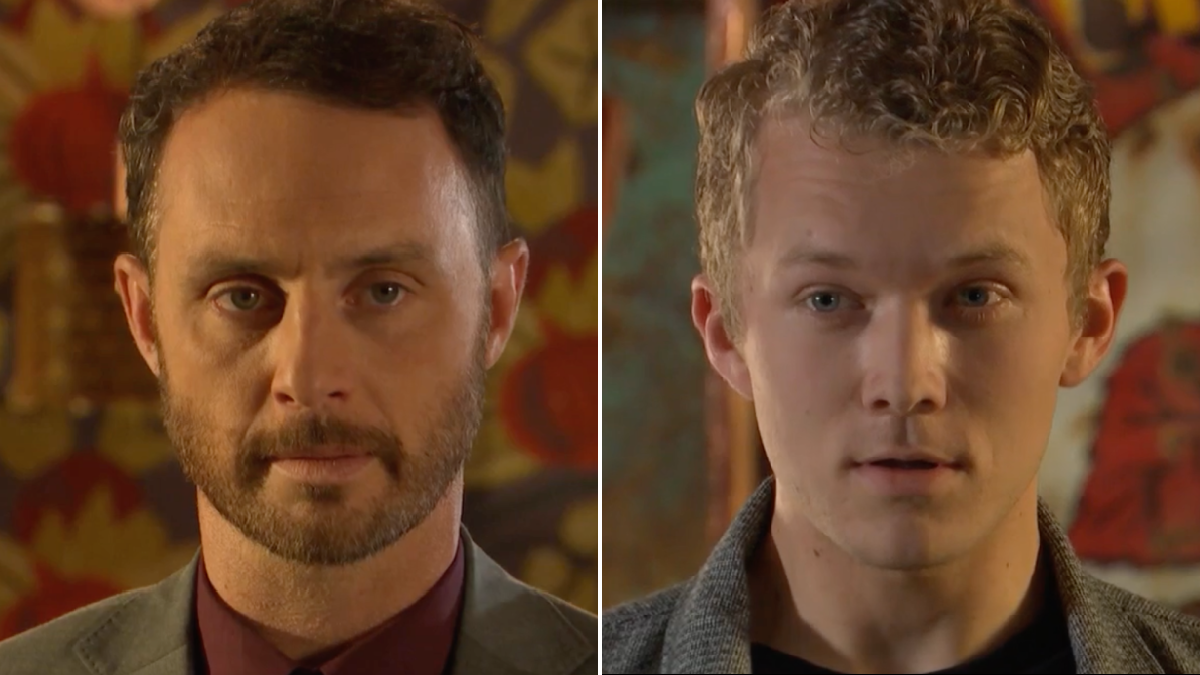 James Nightingale (Gregory Finnegan) found himself in quite a predicament on Hollyoaks, as sinister Mikey (Charlie Ellerton) proceeded to blackmail him.

Viewers will know that the solicitor first crossed paths with Mikey on Monday (November 1), and – upon discovering that it was the very same Mikey who had been invading Juliet’s (Niamh Blackshaw) privacy – he retaliated with violence.

Mikey was left with a suspected broken rib, after James punched him, before kicking him repeatedly while he was on the floor.

The subsequent outing of the Channel 4 soap, which aired on Tuesday (November 2), saw James riddled with guilt over his actions, and he was almost certain that the police would be getting involved.

To his shock, however, Mikey had not notified the authorities about what transpired.

In fact, James met with Clarke – Mikey’s dad – to finalise details of the merger, and all appeared to go to plan!

But there was a twist in store for Hollyoaks’ premiere lawyer, as he later received a text from Mikey asking to meet.

Mikey revealed that he’s been accused of assault, and he wants James to get him off the charge.

If he doesn’t, then Mikey plans on going to the police and telling them all about what he did.

James is in a troubling situation, but will he do the right thing and refuse to assist Mikey? Or will he do as the pest asks in order to ensure that he stays out of prison?