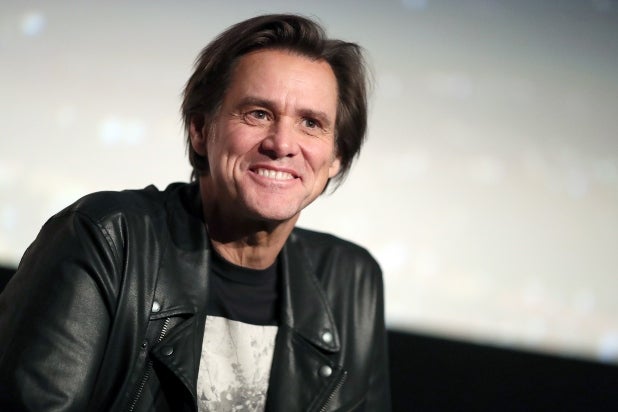 Actor and political cartoonist Jim Carrey has put pencil to paper once more, and this time, the target of his rage is Georgia Republican Sen. Kelly Loeffler.

In a cartoon shared Tuesday, Carrey drew Loeffler with an inflated head covered in coronavirus spores, making her face look like the nucleus of the spiky virus’ cells. He also made Loeffler’s eyes bright orange with green dollar signs for pupils.

Carrey, an outspoken Democrat, said in the caption of the post that Loeffler was “swimming in blood money” after trading millions in stock just before COVID-19 began to wreak havoc in the U.S.

“Kelly Loeffler was fully briefed on the threat of Coronavirus,” Carrey tweeted. “She assured Georgians they were safe and while they died she dumped and traded stock. Now, with over 350,000 dead, she’s swimming in blood money and asking for your vote. #greedkills.”

Loeffler is a member of the Senate Health Committee and the wife of New York Stock Exchange Chairman Jeffrey Sprecher, who’s also CEO of the Intercontinental Exchange market. Back in January, Loeffler came under fire after she sold off roughly seven figures’ worth of stock a day after Dr. Anthony Fauci briefed her on the impending drastic effects of the coronavirus.

The senator subsequently denied any accusations of insider trading and claimed that her stock trades were completely above board. In a tweet from March, Loeffler called the allegations “ridiculous and baseless” and added, “I do not make investment decisions for my portfolio. Investment decisions are made by multiple third-party advisors without my or my husband’s knowledge or involvement. As confirmed in the periodic transaction report to Senate Ethics, I was informed of these purchases and sales on February 16, 2020 — three weeks after they were made.”

Loeffler is now in a runoff race for a Senate seat in Georgia, running on the Republican ticket alongside David Perdue. The two are competing for votes against the Democratic ticket of Jon Ossoff and Raphael Warnock. The race could decide the political fate of the U.S. for the foreseeable future — if Ossoff and Warnock secure enough votes to get elected, they could tie the Senate 50-50 between Republican and Democratic control. Democratic Vice President-elect Kamala Harris would then be the tie-breaking vote, putting the senate in Democratic control alongside the House of Representatives.

END_OF_DOCUMENT_TOKEN_TO_BE_REPLACED

Melania Trump is a ‘tough cookie’ says Piers Morgan Since President Joe Biden was inaugurated many have speculated about what the future has in store for the Trumps. Some have suggested he could leave the country, while others believe he could be preparing for a second presidential run in 2024.

END_OF_DOCUMENT_TOKEN_TO_BE_REPLACED

END_OF_DOCUMENT_TOKEN_TO_BE_REPLACED
Recent Posts
We and our partners use cookies on this site to improve our service, perform analytics, personalize advertising, measure advertising performance, and remember website preferences.Ok