LOVE Island star Joe Garratt confirmed a new romance with model Desiree Schlotz, as the pair enjoyed a romantic break in the Maldives.

The loved-up couple wore matching bright white swimwear for a beach stroll, with Joe rocking a small and tight pair of white boardshorts. 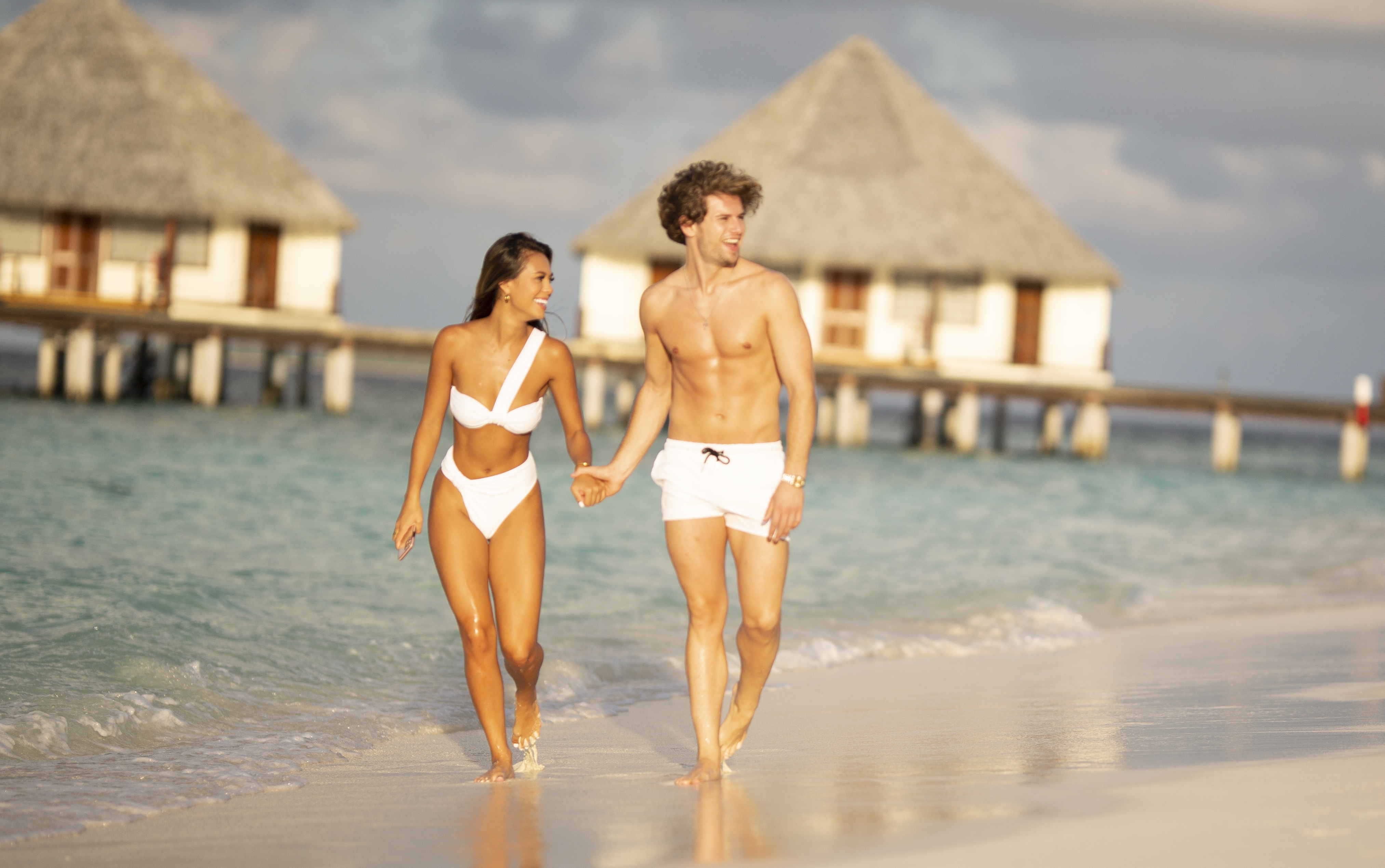 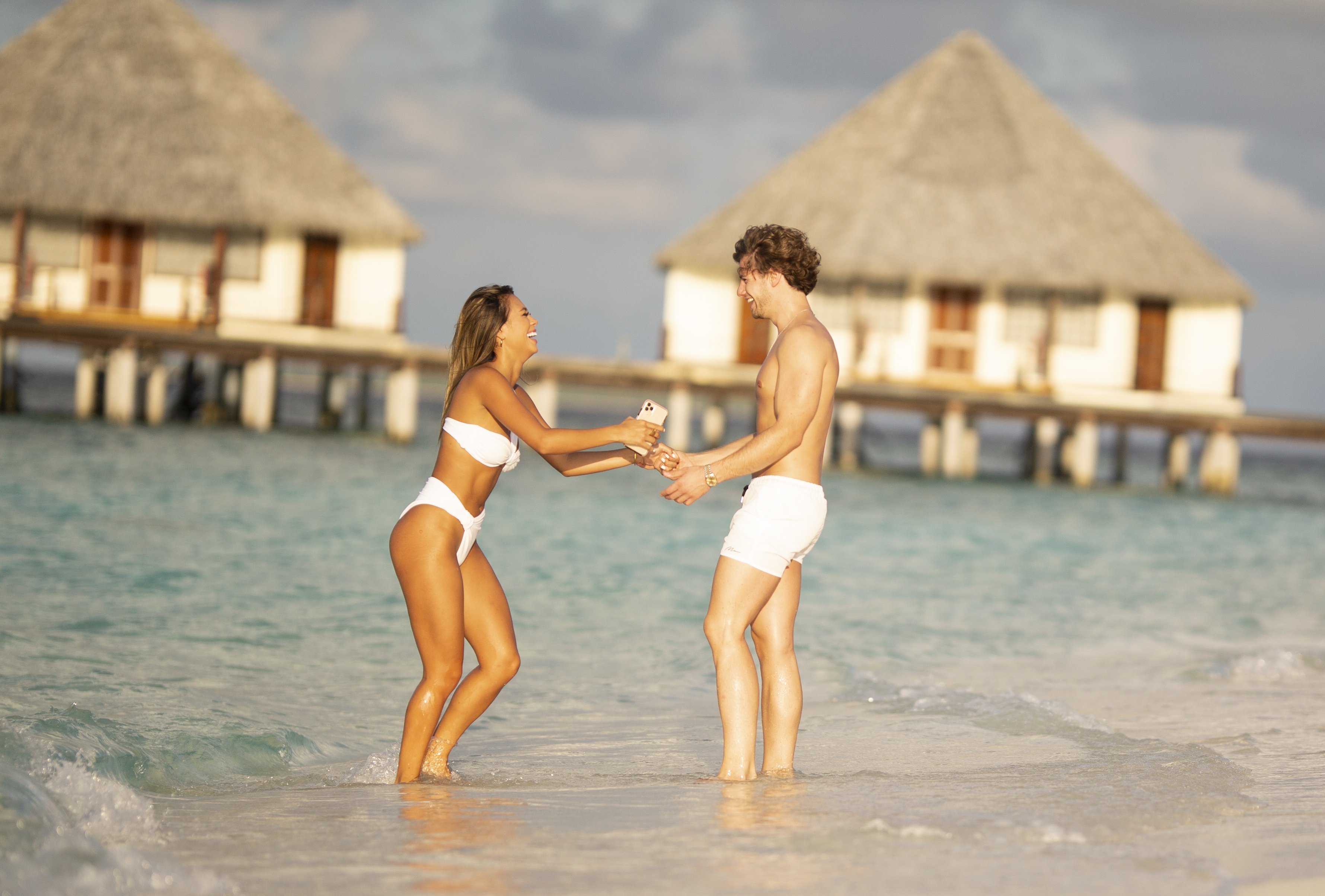 Joe flew into the Maldives to see Desiree,with the pair both working with Project FOMO, a new campaign showcasing the "world’s best vacation destinations."

Pictures showed them walking hand in hand along the beach, with Joe later wrapping an arm around Desi.

The two have yet to appear in each other's Instagram accounts, but the pair both shared matching videos, with Joe appearing in the background of Desi's. 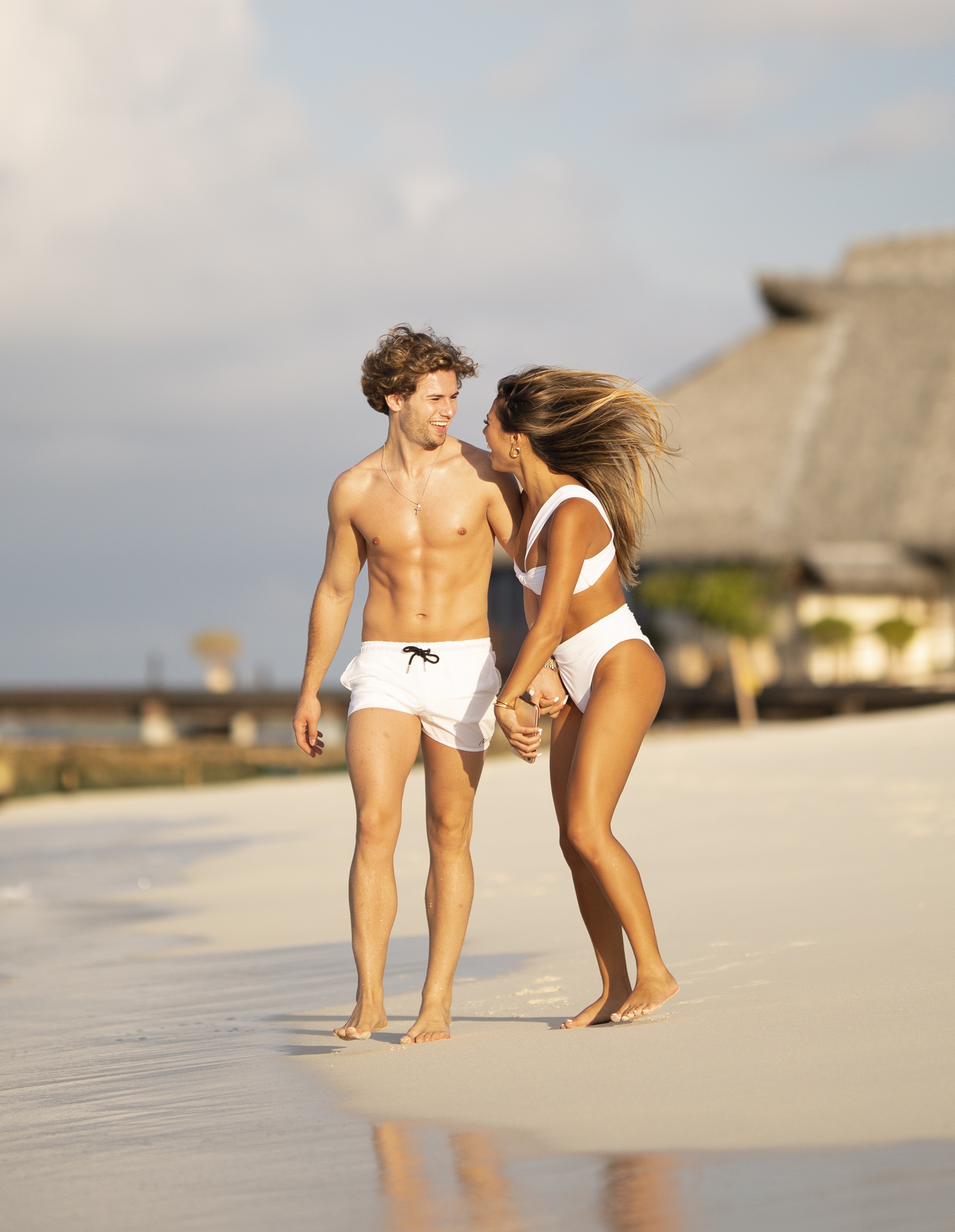 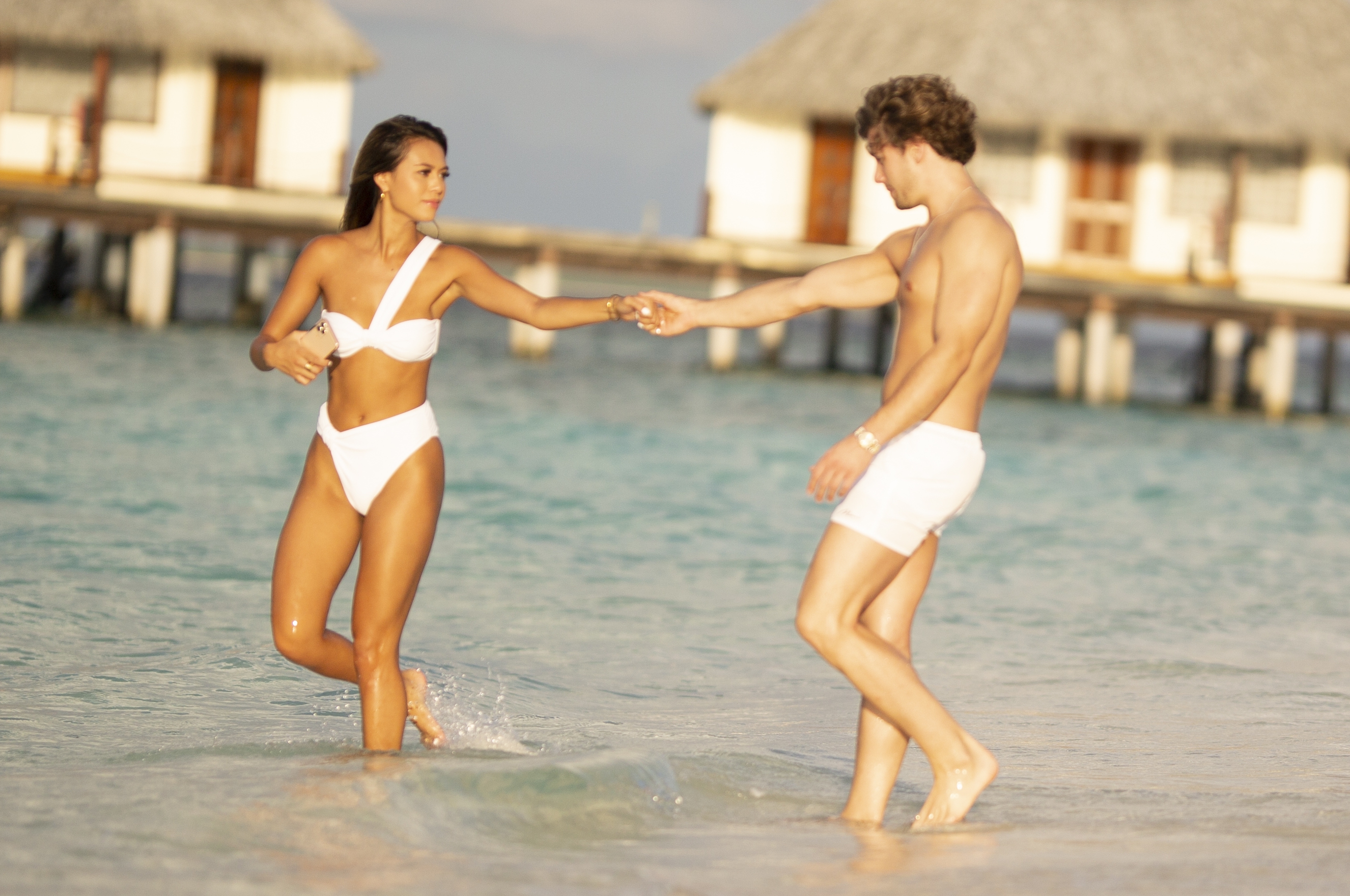 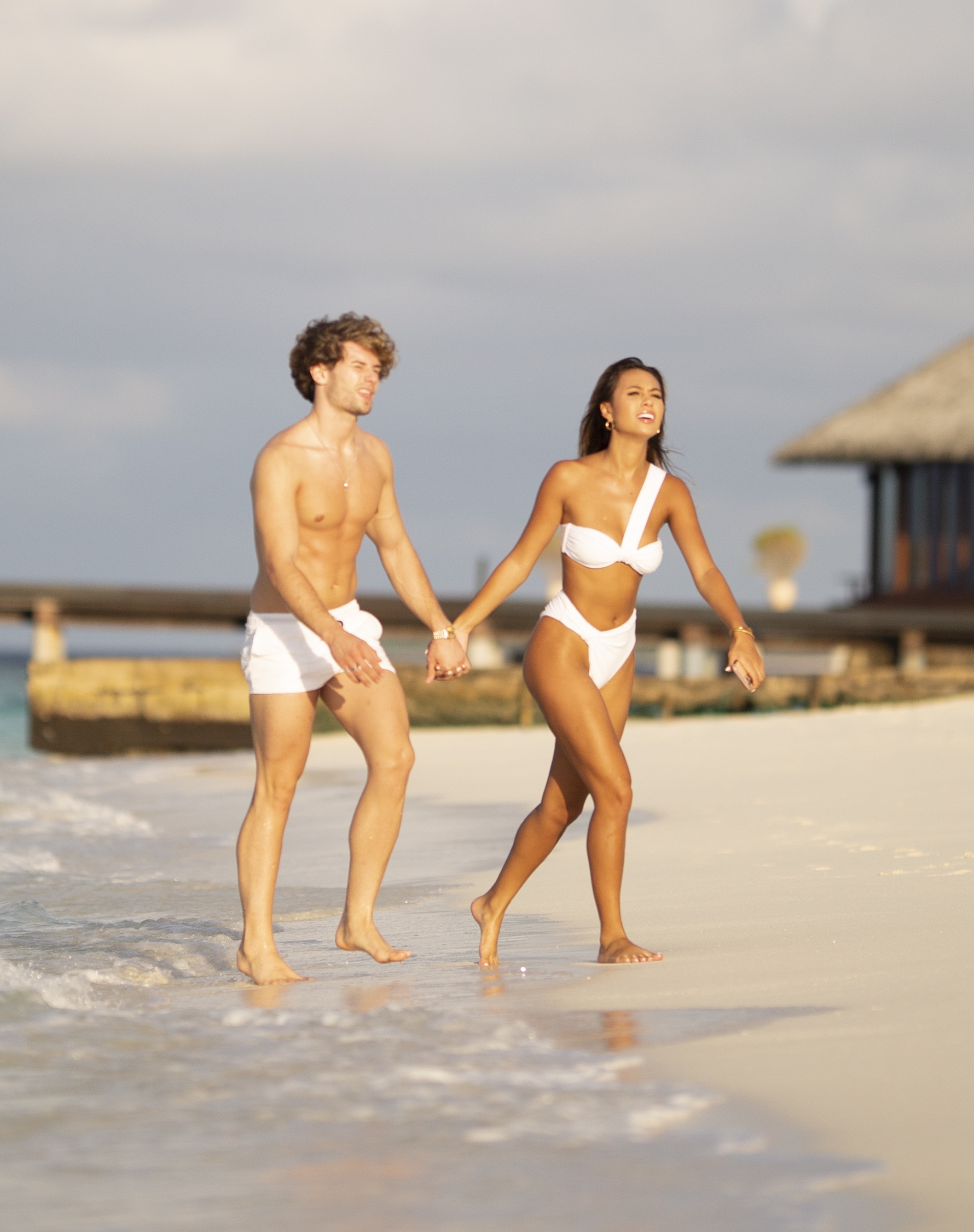 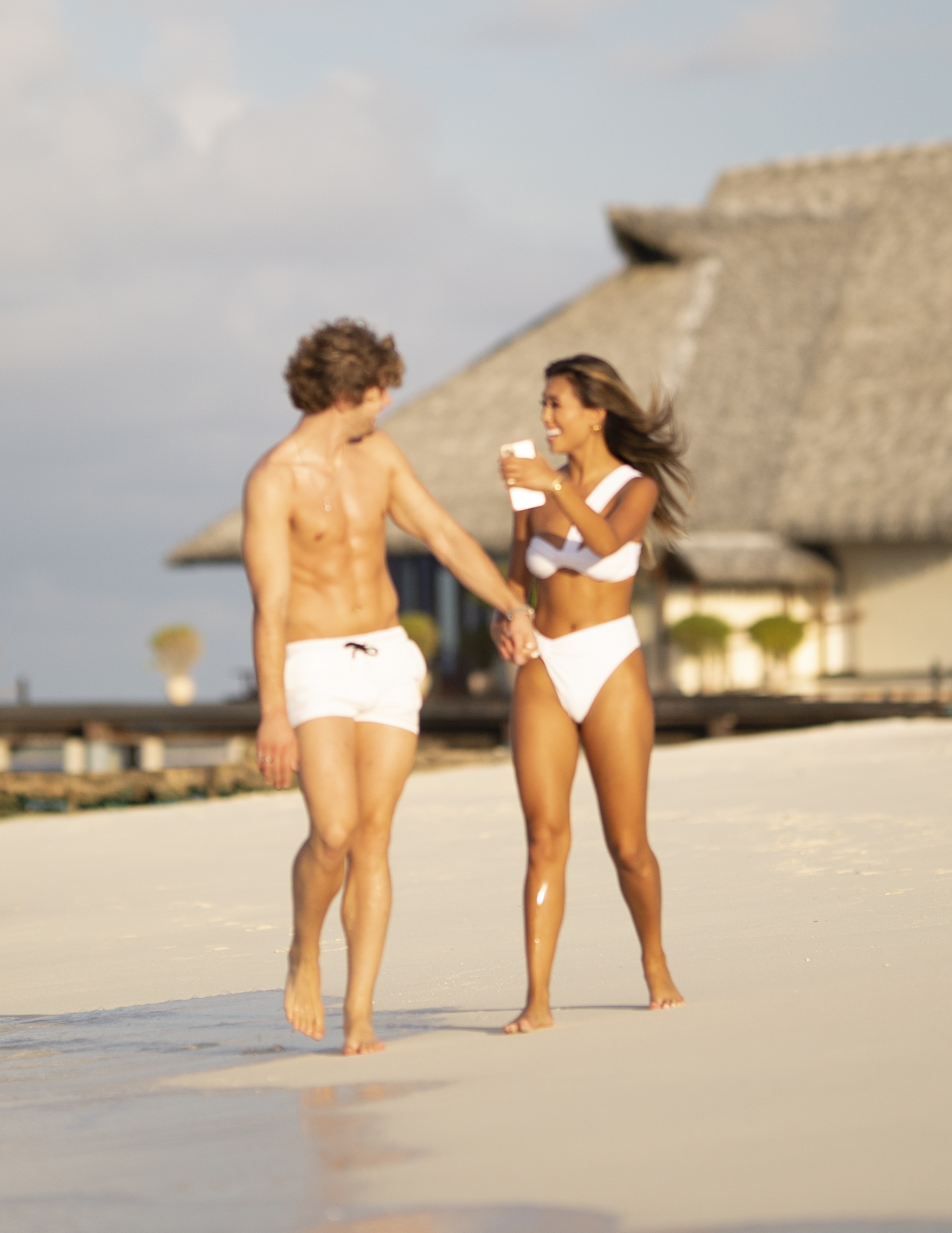 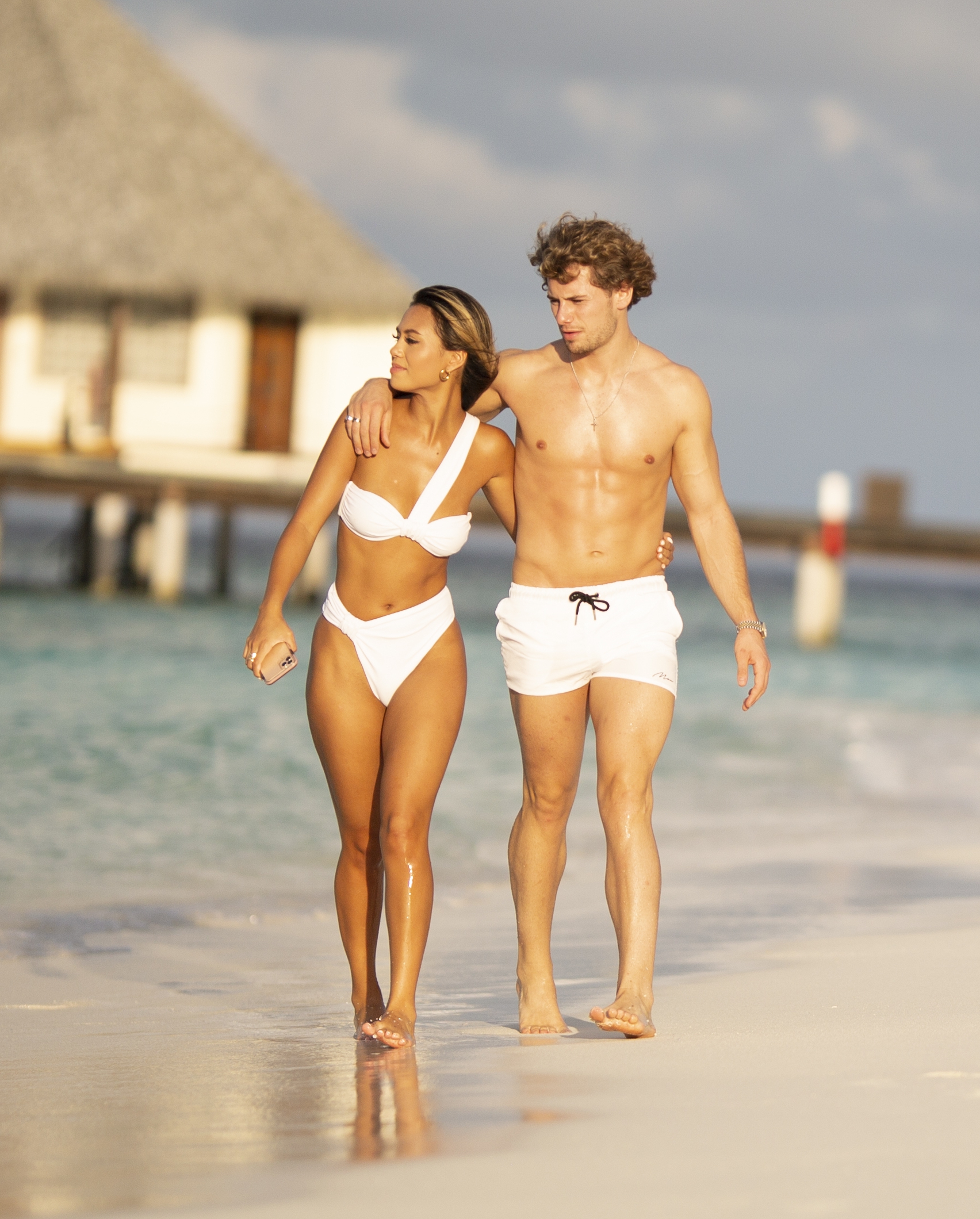 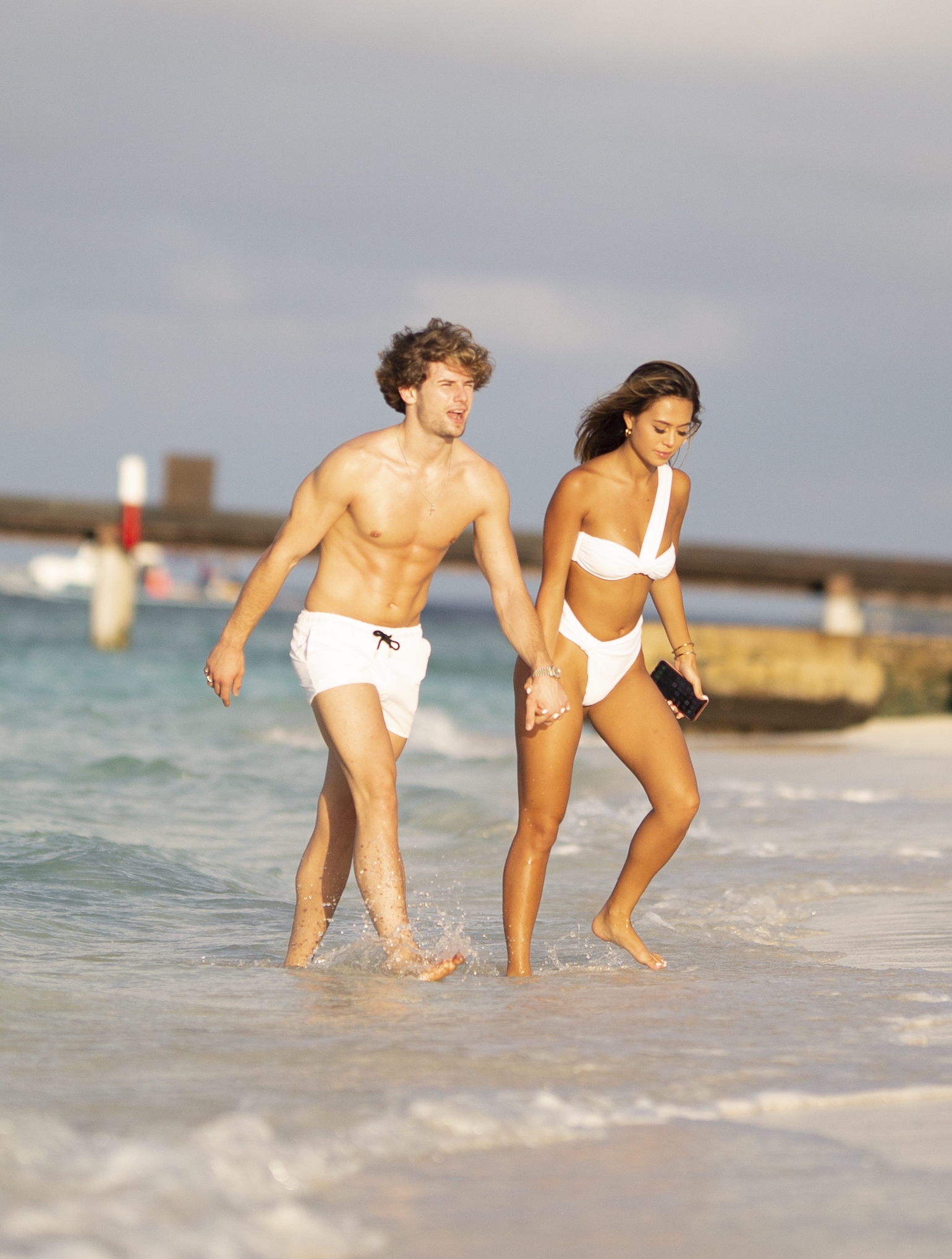 Joe, 23, entered the Love Island villa in 2019 and described himself as fun, chilled out and a bit of a romantic — and he'll go above and beyond for the right girl.

He was paired up with Lucie Donlan and the two had an on-and-off again romance, before he exited the villa.

On Lucie's exit they reunited but it wasn't to be and they later split.

Former competitve surfer Lucie is now dating 2020 Love Island hopeful Luke Mabbatt, and the pair recently enjoyed a romantic road trip in a mobile home – with a bed that comes down from the ceiling. 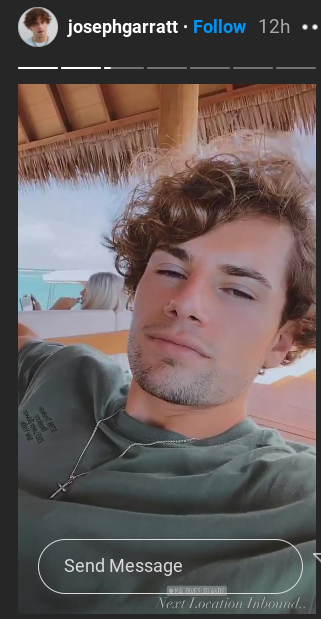 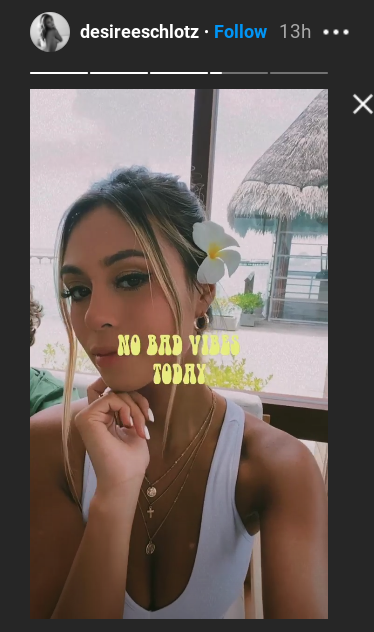 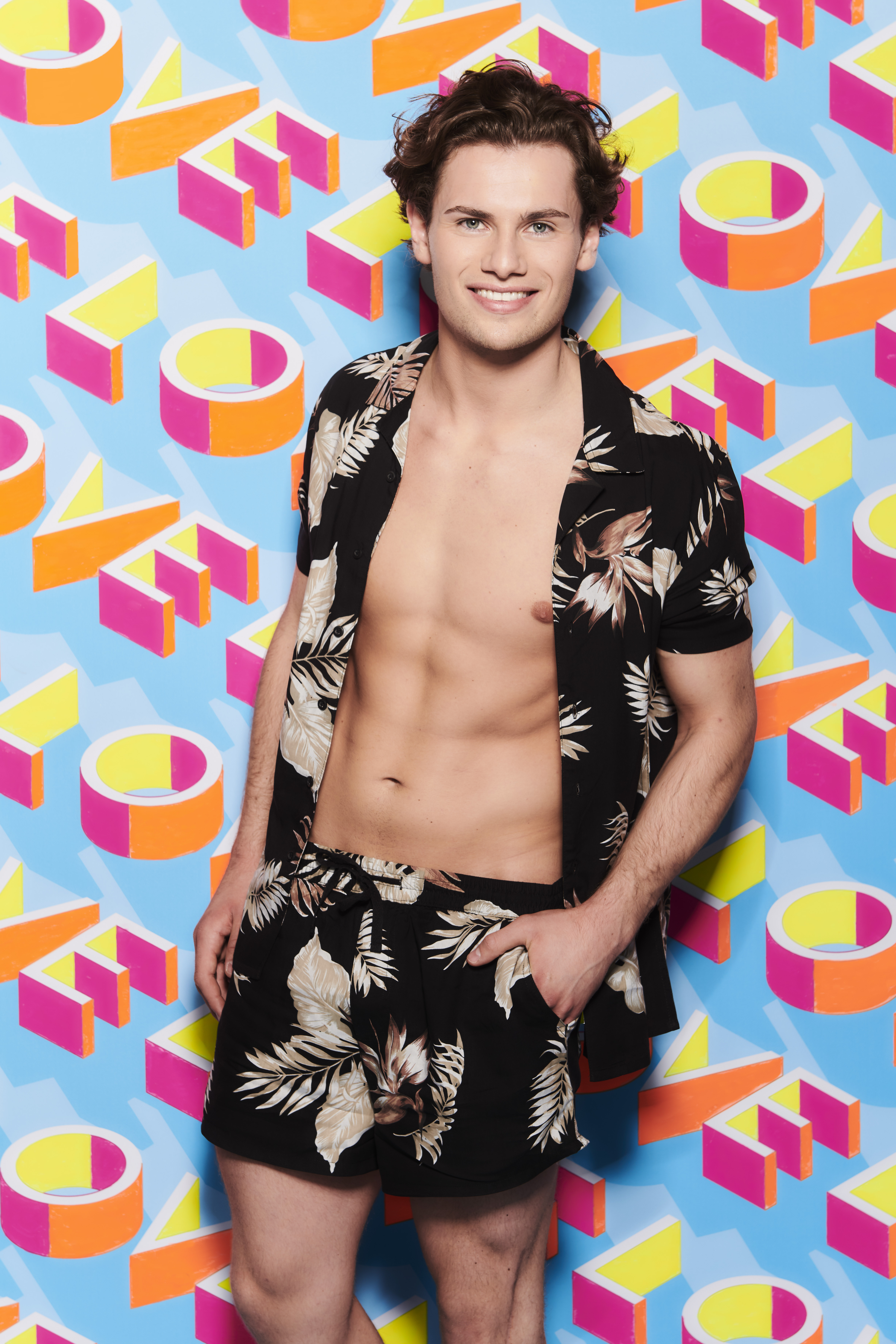 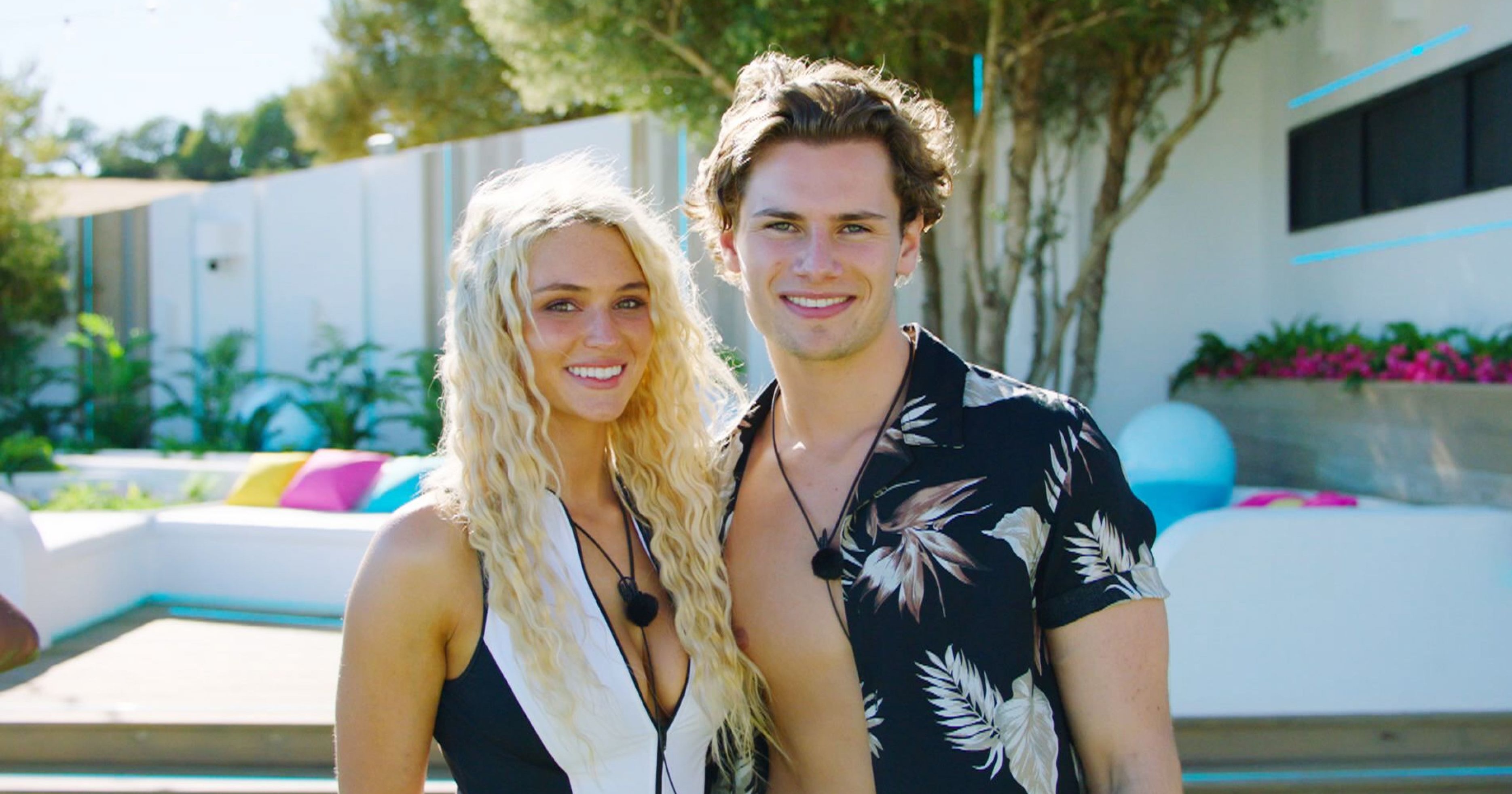 The loved-up pair hit the road and headed for St Abbs Lighthouse in Berwickshire, Scotland.

Lucie and Luke confirmed their relationship in July when they posed together in aloved-up snap from their getaway in Saltdean, in East Sussex.

They struck up a relationship by swapping texts during lockdown – before heading off on a mini-break along England's south coast when restrictions lifted.

Fans clocked that they had headed off together after spotting they were posting pictures from an identical holiday spot featuring a hot tub in front of a futuristic dome. 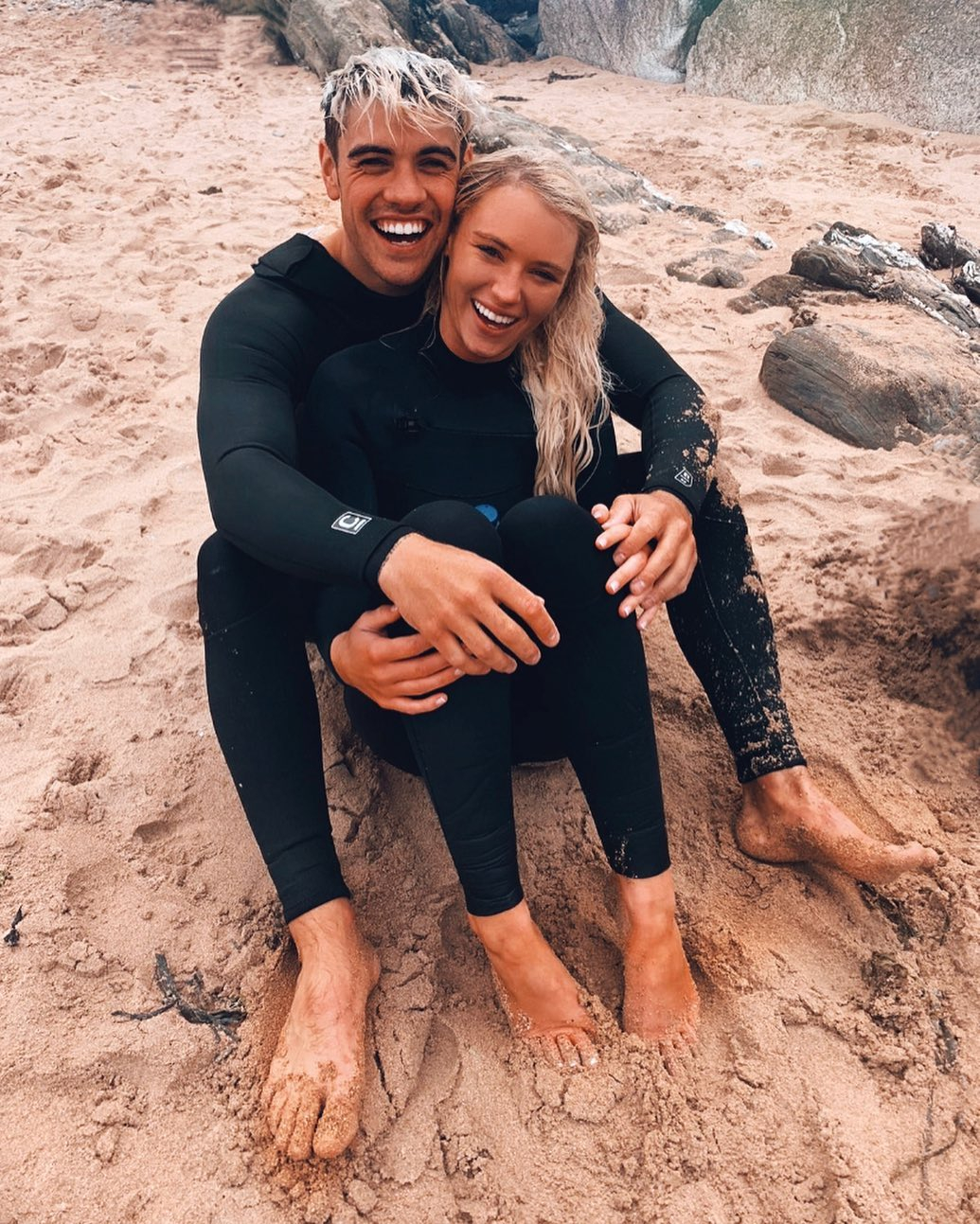 A source exclusively told The Sun Online the pair managed the impressive feat of striking up a relationship while unable to meet each other.

They explained: "They were messaging each other over Instagram during lockdown and as the rules relaxed their romance blossomed."

END_OF_DOCUMENT_TOKEN_TO_BE_REPLACED

END_OF_DOCUMENT_TOKEN_TO_BE_REPLACED
Recent Posts
We and our partners use cookies on this site to improve our service, perform analytics, personalize advertising, measure advertising performance, and remember website preferences.Ok