Legendary actress Ann-Margret turns 80-years-old today on April 28, 2021. The singer, dancer and performer made quite the name for herself in Hollywood in a number of films during the early 1960s, including Bye Bye Birdie and State Fair. She is perhaps best known for her epic performance in 1964 hit Viva Las Vegas alongside Elvis Presley, with whom she shared a passionate love affair. Shortly after working with the King, she joined wild west star John Wayne in his 1973 movie The Train Robbers.

Ann-Margret played the lead in the movie – one of her first lead roles – Mrs Lowe.

The story followed her character after her husband had been killed, leaving her half-million dollars.

Mr Lowe had acquired this money from robbing banks in the wild west, however, she was keen to return it to the government to clear her name. John’s character, Lane, had different ideas. He wanted her to help find the money and claim a reward for it.

Ann-Margret recently gave an interview about her time on the silver screen, where she touched upon working with the legendary John. 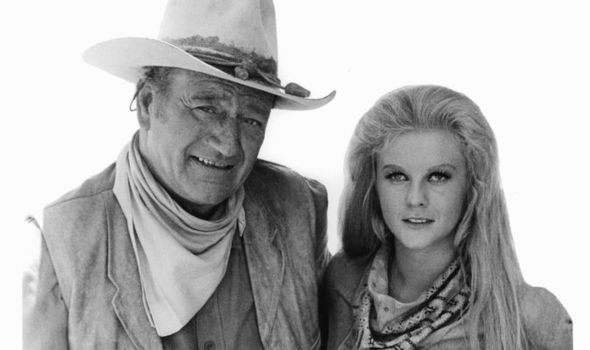 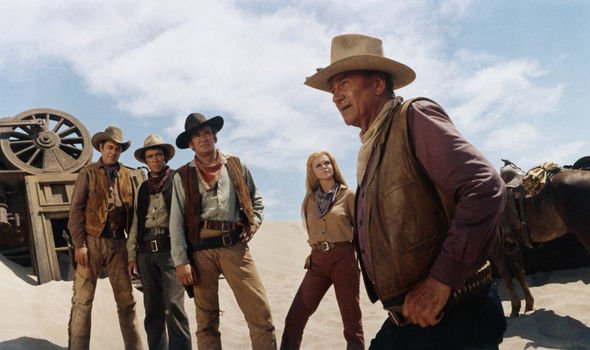 Speaking to Fox News, Ann-Margret said of meeting John Wayne: “I didn’t know what to expect.

“But when he hugged me, it’s like the world was hugging me. He was so big and wide with that booming voice.”

She then revealed how nice he was to everybody who came on set – including her parents.

The Swedish actor continued: “We were shooting in Durango, Mexico and my parents came down to visit me.” 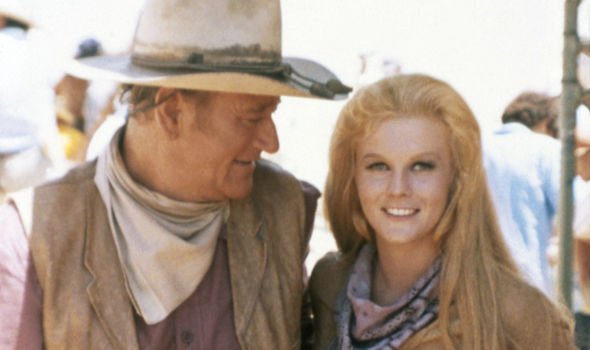 Ann-Margret continued: “He was so great with my parents. So absolutely welcoming and gentle with them. And anybody who was great to my parents was on a throne in my eyes.

“I was friends with him forever. He was never [pretentious]. He had so many friends and every single person loved him.”

Ann-Margret also previously praised John for doing her an enormous favour in her time of need.

During the filming of The Train Robbers, Ann-Margret was up for an Oscar alongside her co-star Ben Johnson.

However, considering Ann-Margret was filming in Mexico she was struggling to find a way to attend the ceremony.

Without a second thought, John gave her and Ben his own private plane to allow them both to attend the ceremony.

Ann-Margret said later: “The next day, we were back on the set, and Ben had won and I hadn’t.

“I don’t know what Mr Wayne said to Ben, but he got me in a corner, and he just said some wonderful things to me.”

Ann-Margret also spoke candidly about her relationship with Elvis.

The pair enjoyed a relationship together for just over a year while filming Viva Las Vegas.

Speaking in the same interview, Ann-Margret said: “Just thinking about Viva Las Vegas, or anytime someone mentions it, I smile.

“It was one of the happiest times of my life. George Sidney, who directed Bye Bye Birdie also directed Viva Las Vegas. And believe it or not, I had never seen [Elvis] perform.”