Lorraine Kelly has joined the GMB team for her usual hour-long slot and today, she delighted viewers by interviewing Dame Julie Walters. The actor was joining via video-link alongside CEO of domestic abuse charity, My Sister’s House, Julie Budge. The pair spoke about what those who were in abusive situations could do with the country of lockdown due to the outbreak of COVID-19. Later on, she updated those watching at home on her cancer diagnosis after revealing the news earlier this year.

The star is one of the most well-known actors of recent times, having appeared in blockbusters such as Harry Potter and Mamma Mia.

However, Dame Julie has often kept her private life out of the spotlight, making a rare admission during today’s interview.

Speaking to Lorraine, she said of her cancer diagnosis: “So far, so good, Lorraine, thanks for asking. It’s been two years in June that I had the operation.”

She seemed hopeful for the future, adding: “I had a scan in February and that was clear, so yeah, as far as I know, everything is fine.” 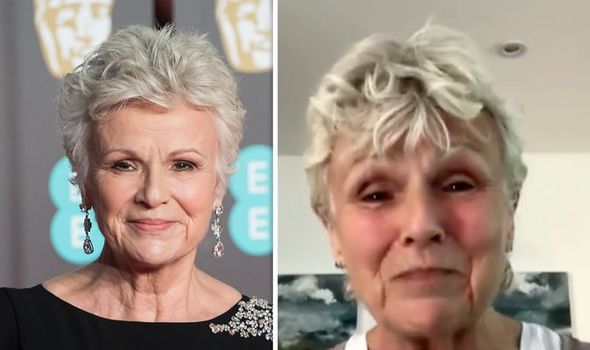 “People ask me about jobs like Mamma Mia and Harry Potter, and things like that, and it feels like it should be someone else answering, not me.

“It’s a very strange thing. I’m still in that mode of, ‘Do I ever really want to do it?’

“I’m not absolutely sure and now the lockdown has happened, so I’m off the hook a bit. 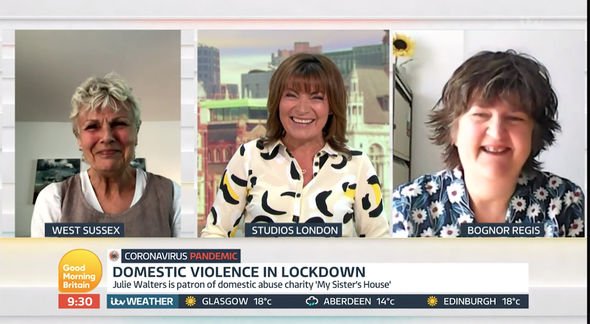 “But we’ll see. I’m enjoying being at home, being with my family and being on the farm and noticing things I’ve never noticed before like how fabulous the countryside and the wildlife is.”

When asked how she was coping in lockdown, Dame Julie continued: “Especially at the beginning, in a strange way.

“It’s like you step off the treadmill a bit and think, ‘Well, I can’t do anything.’

“Life is kind of simpler, in one sense. I don’t know how long that feeling is going to last. I’ve been locked down since a week before the lockdown, I thought, ‘I’m not going out.’

“What I do is that I set myself a task every day. You’re my task today, Lorraine!” she joked.

Julie was also on the show to talk about domestic abuse charity, My Sister’s House in West Sussex, of which she is a patron.

Due to many stuck in their homes as the country remains on lockdown, the increase in domestic abuse has been a concern across the nation.

With the number of calls related to domestic abuse and violence having risen rapidly during the coronavirus lockdown, Dame Julie spoke about how those in difficult situations could seek help.

Dame Julie explained: “We have got to stay alert, listen out. If you hear anything or are worried about someone see if you can get them to talk.

“There are lots of helplines, My Sister’s House in West Sussex has its own helplines, and Women’s Aid, which I’m also a patron of, has helplines.”

The pair gave more information about the work the charity was doing and the services it provides to those across the country.

Good Morning Britain with Lorraine Kelly airs weekdays from 9am on ITV.

END_OF_DOCUMENT_TOKEN_TO_BE_REPLACED

END_OF_DOCUMENT_TOKEN_TO_BE_REPLACED
Recent Posts
We and our partners use cookies on this site to improve our service, perform analytics, personalize advertising, measure advertising performance, and remember website preferences.Ok