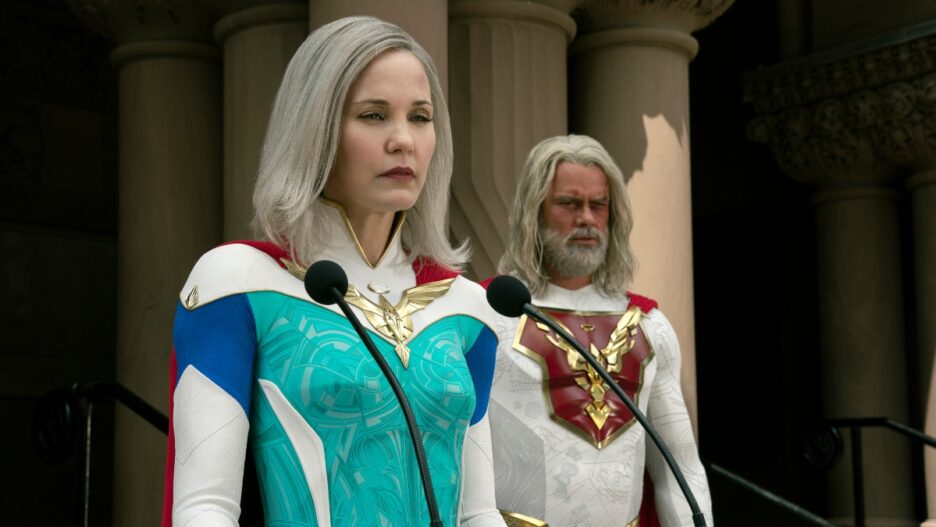 Before it was essentially canceled on Wednesday, Netflix’s “Jupiter’s Legacy” debuted as the top original streaming series on Nielsen’s Top 10 Streaming programs.

On the overall list for the week of May 3-May 9, which includes both original and acquired TV series and movies, the superhero epic from Mark Millar landed at #4 with 696 million minutes viewed. As with all Netflix originals, “Jupiter’s Legacy” dropped its entire eight-episode season on May 7.

The Netflix film “The Mitchells Vs. The Machines” led the overall list with 853 million minutes viewed.

For comparison’s sake, Disney+’s “The Falcon and the Winter Soldier” garnered 495 million minutes for its premiere episode back in March.

Just yesterday, Netflix effectively canceled “Jupiter’s Legacy” after one season, though the streaming service is not done with the superheroic world created by Millar. A “Supercrooks” live-action series, which centers on the villains of that same fictional universe, has a series order.

“Supercrooks” is being envisioned as the next chapter in the “Jupiter’s Legacy” franchise.

Netflix has had its eyes on comic book fare ever since it signed an expansive deal with Marvel Television to create its own shared universe inside the MCU. That deal initially proved fruitful with well-received series like “Daredevil” and “Jessica Jones,” but the plug was pulled in 2019 as Disney was readying the launch of its own streaming service. Netflix signed an overall deal with Dark Horse, which produces its popular series “The Umbrella Academy” a few months after its relationship with Marvel ended.

Since then, Disney+ has solidified itself as the top contender to Netflix largely due to franchise shows like “The Mandalorian” from the “Star Wars” universe and its Marvel Studios series “WandaVision” and “The Falcon and the Winter Soldier.” (Its third, “Loki,” premieres next month). HBO Max has an upcoming “Green Lantern” series from uber-producer Greg Berlanti as well as “Peacemaker” and “Gotham PD” that are set in the same worlds as DC films “The Suicide Squad” and “The Batman.”