The famous pop star recently opened up to his fans about the dark days he faced as a teen. 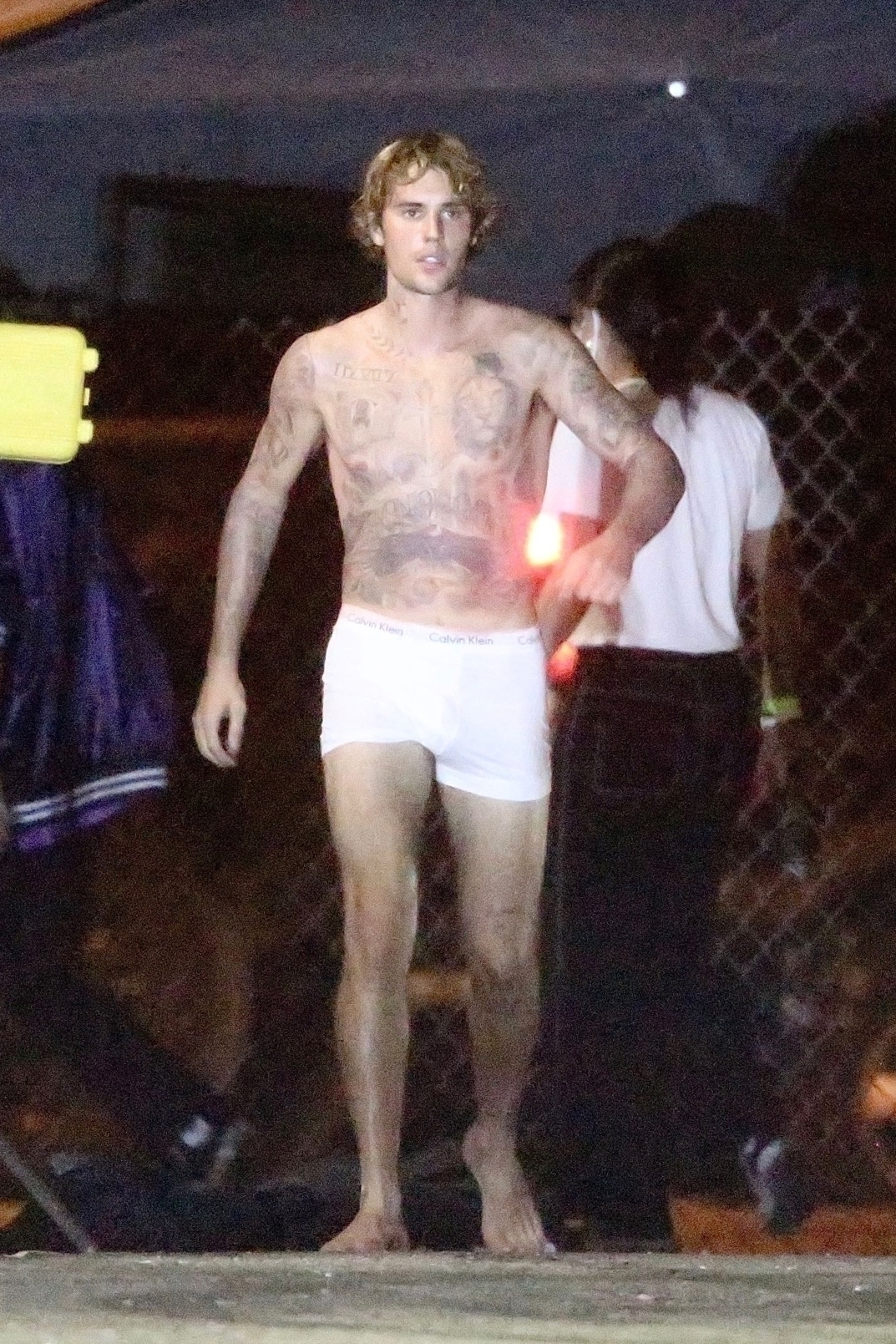 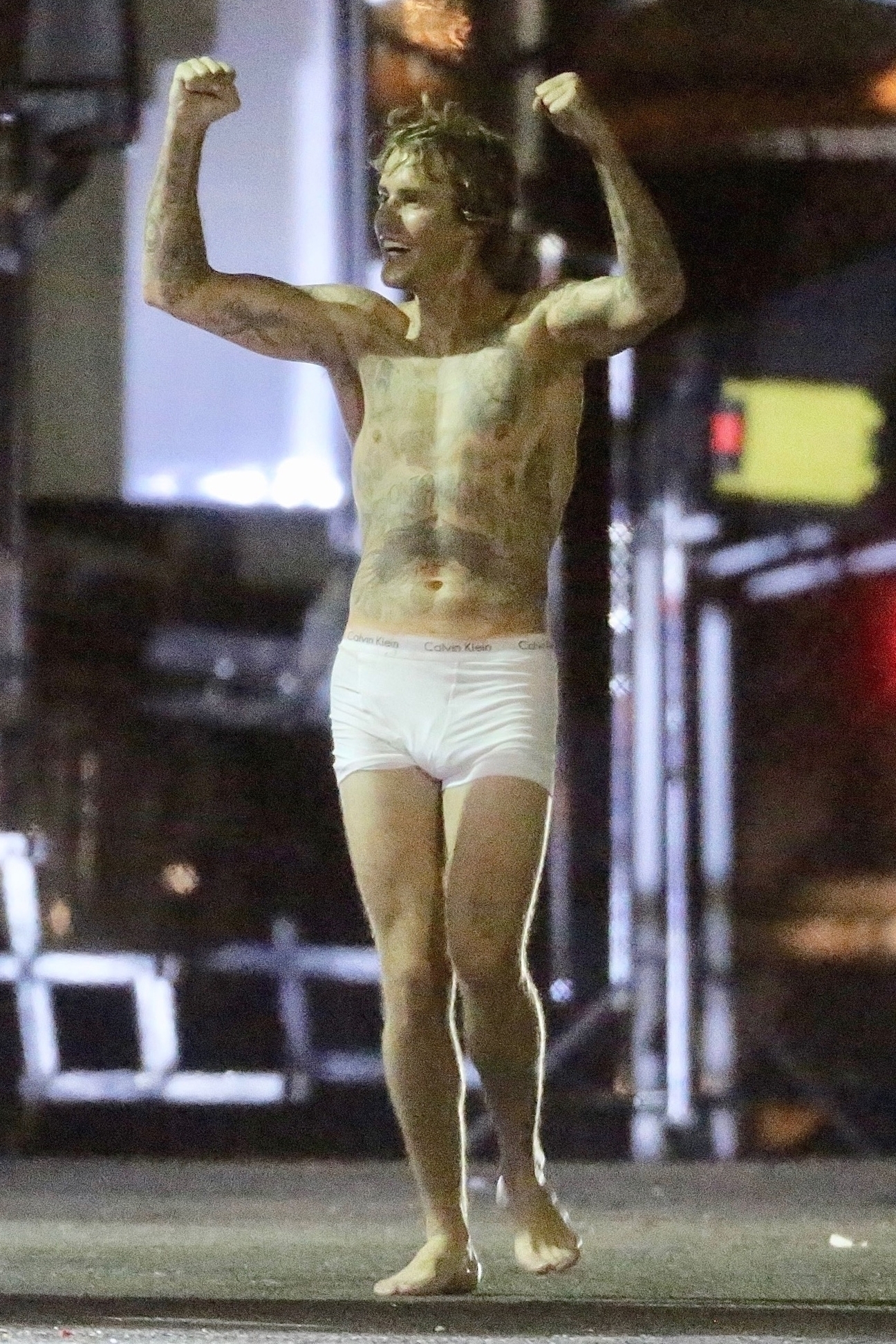 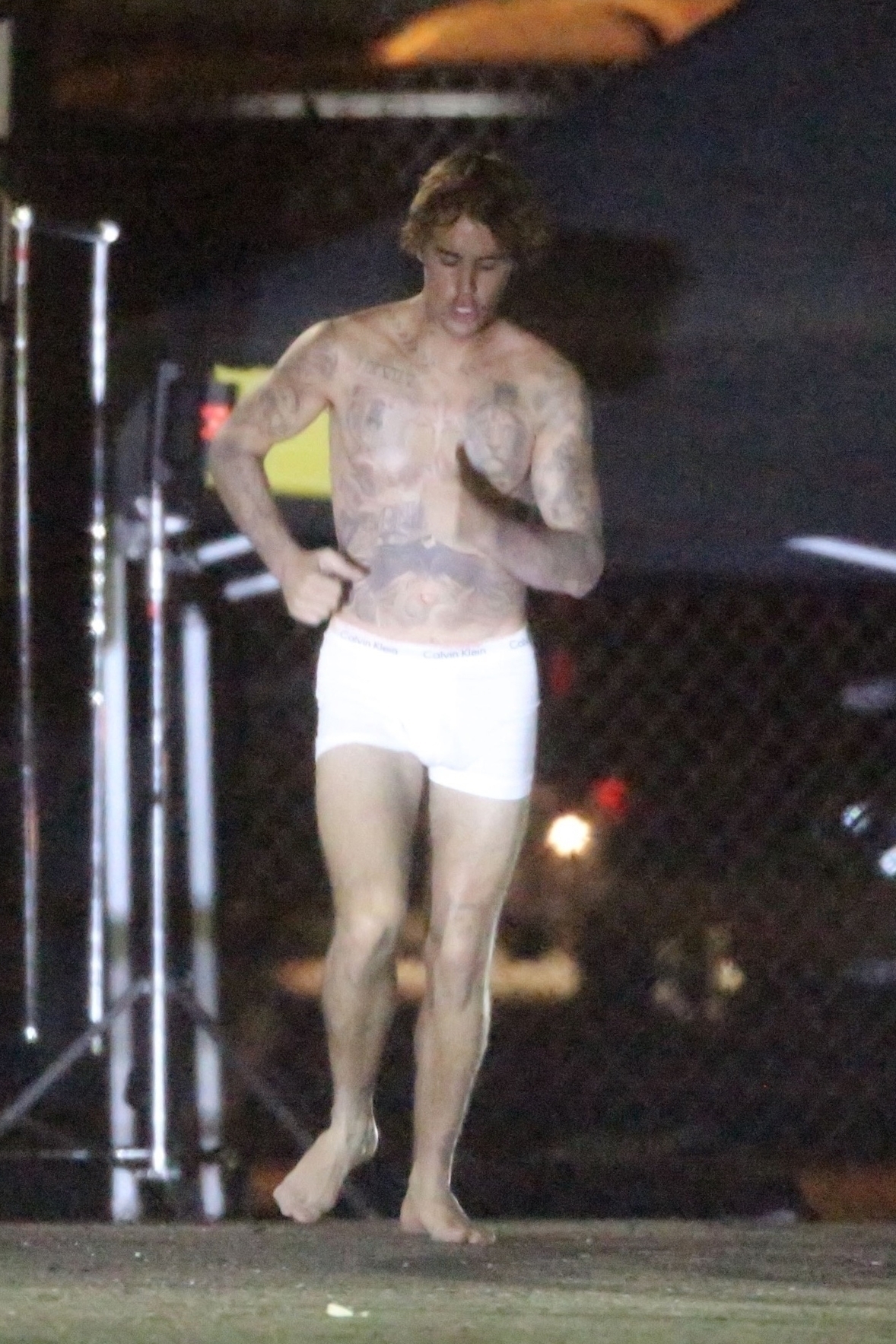 The 26-year-old was spotted wearing nothing but briefs as he raised his arms above his head and smiled as he walked towards his trailer all while his numerous tattoos were on display.

The hitmaker wasn't alone on set as his wife, Hailey Baldwin, was also seen wearing a beige robe with a smiley face logo printed on it.

The model matched it all with jeans and a pair of black sneakers.

This isn't the first time that Justin has been spotted in his briefs as back in 2015 he stripped down to nothing but his underwear for a now famous Calvin Klein campaign. 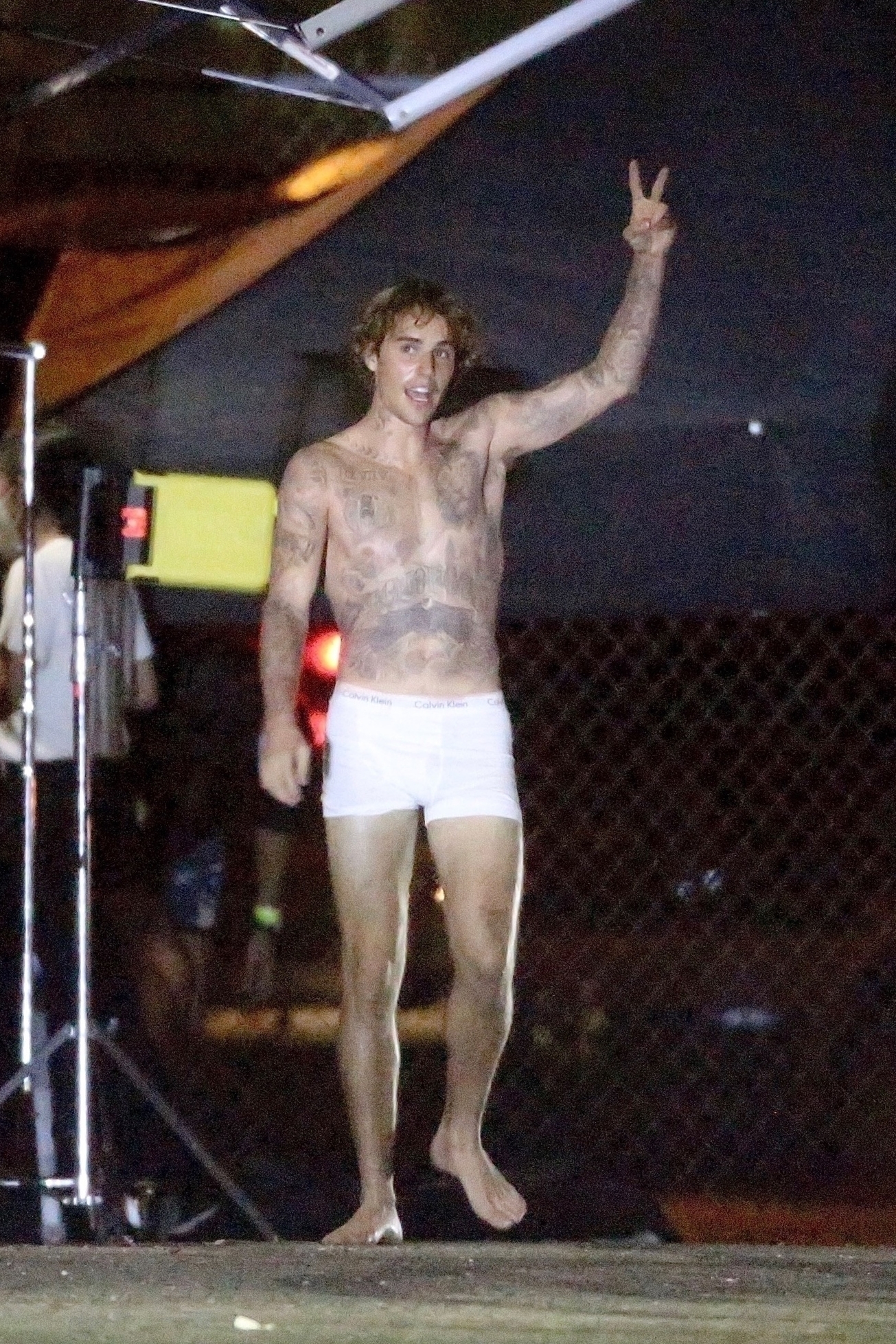 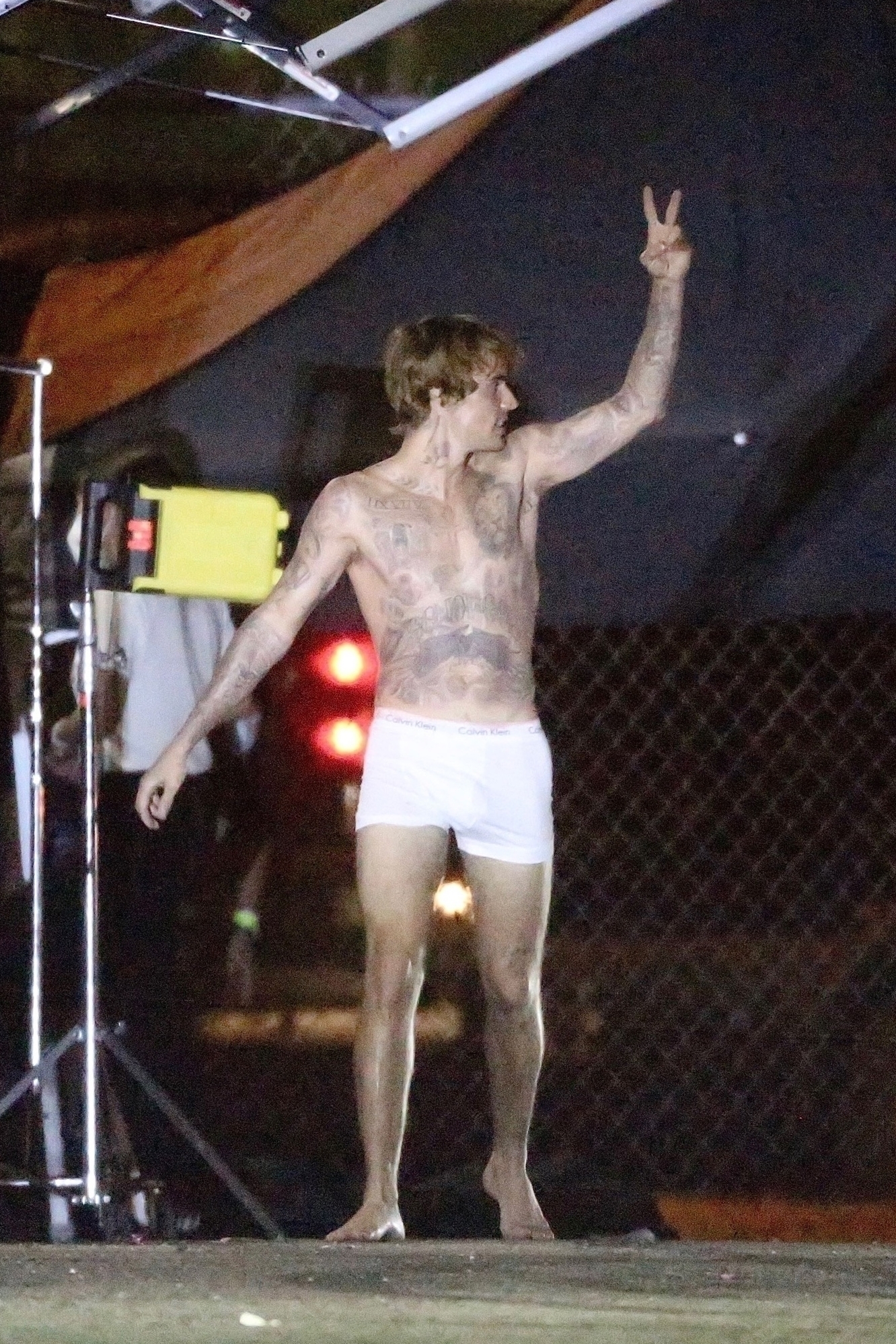 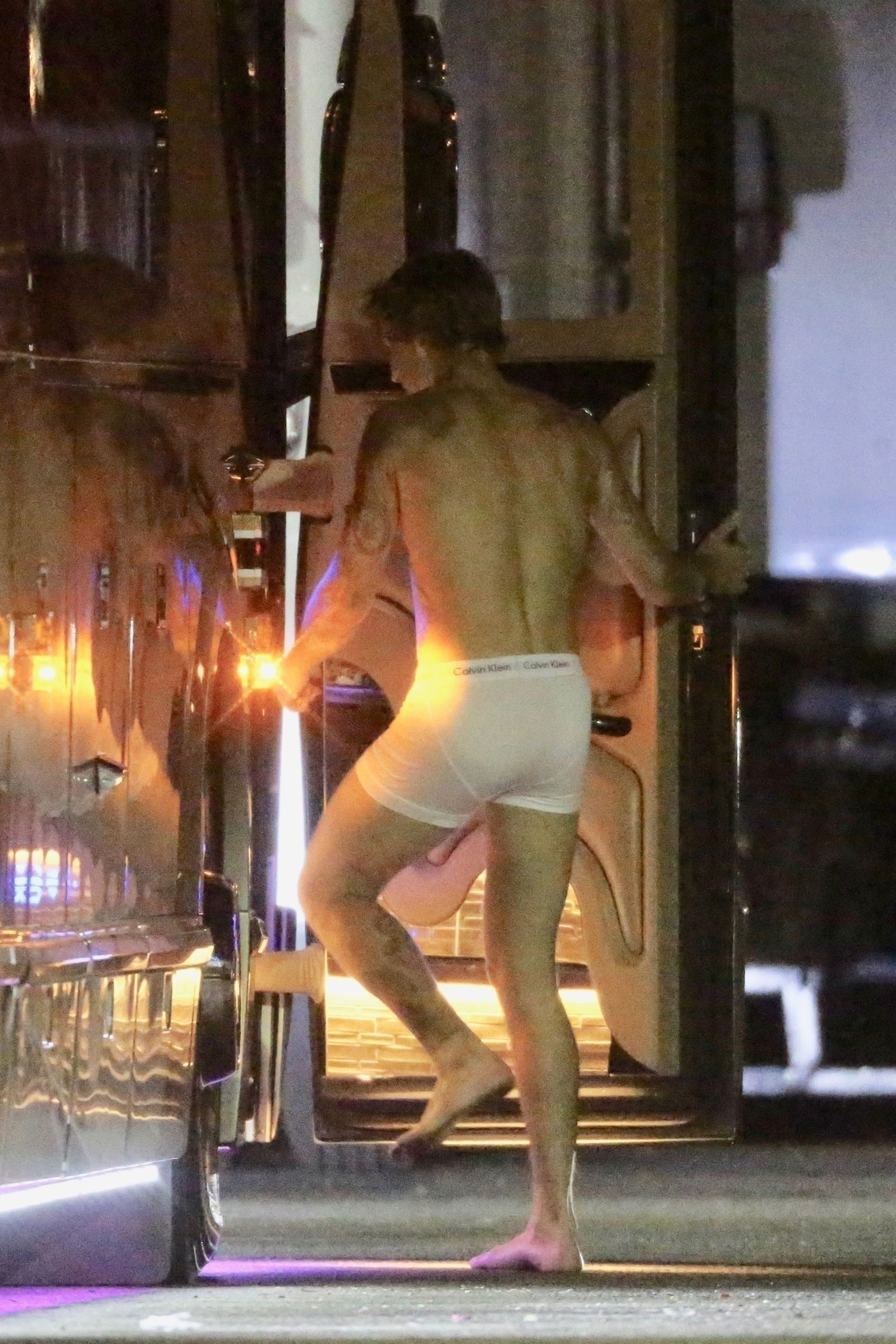 Also on set, Bieber’s wife Hailey Baldwin, 23, who bundled up in a cozy robe and jeans.

All this comes as the performer spoke about his mental health in a new documentary titled, Justin Bieber: Next Chapter.

In a clip, Justin revealed: "There were times where I was really, really suicidal. 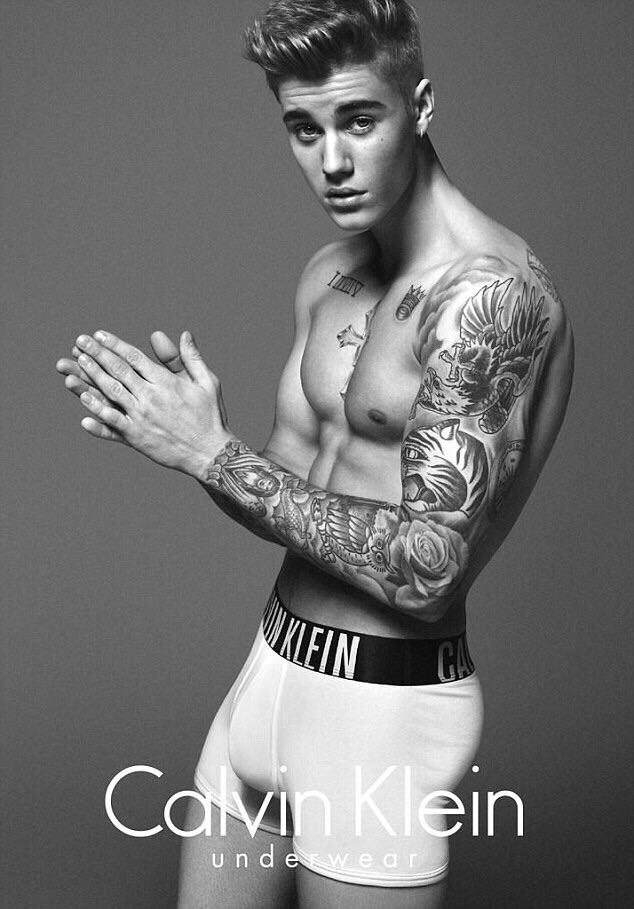 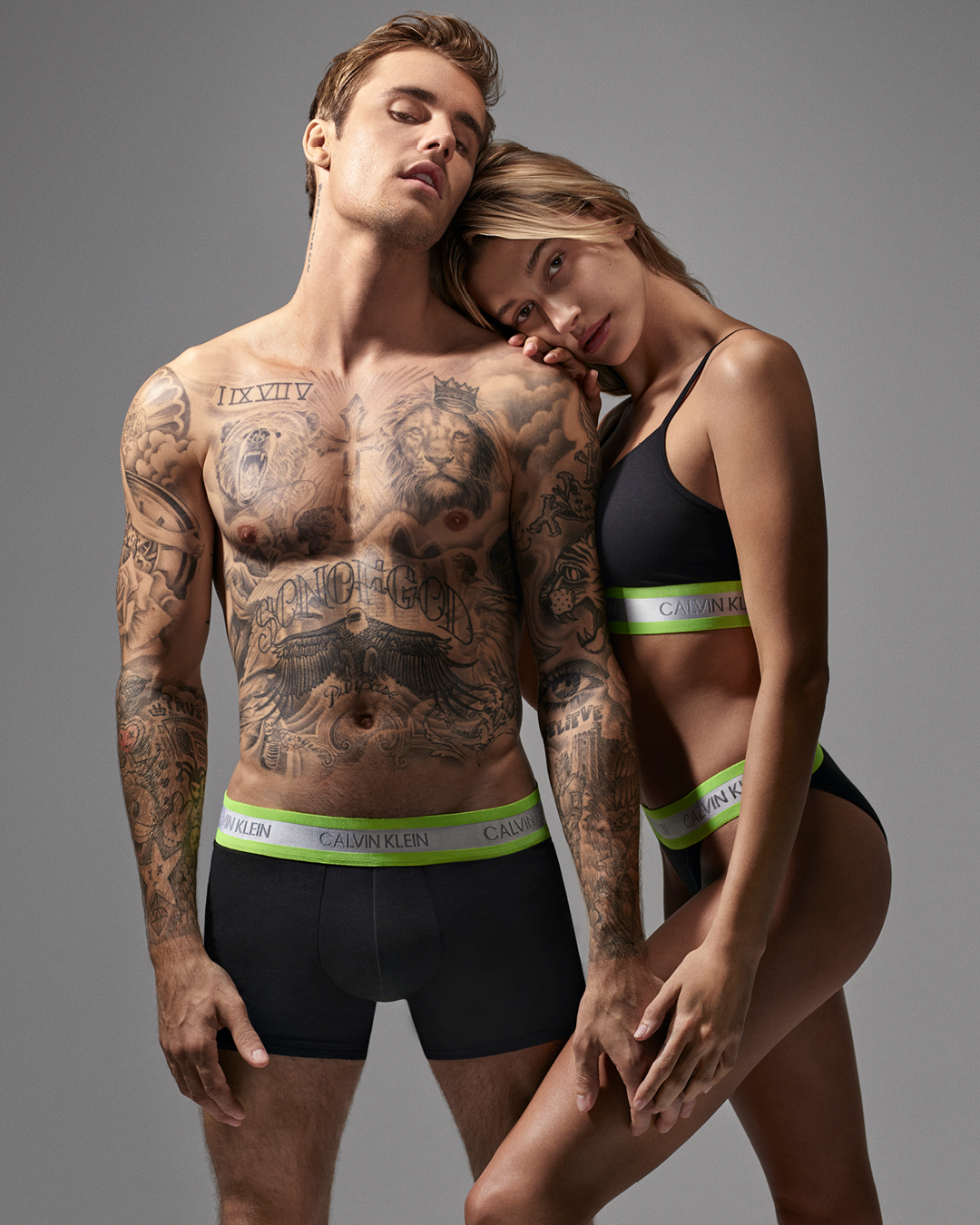 “I was just suffering, right? So, I’m just like, man, I would rather not feel this than feel this.” 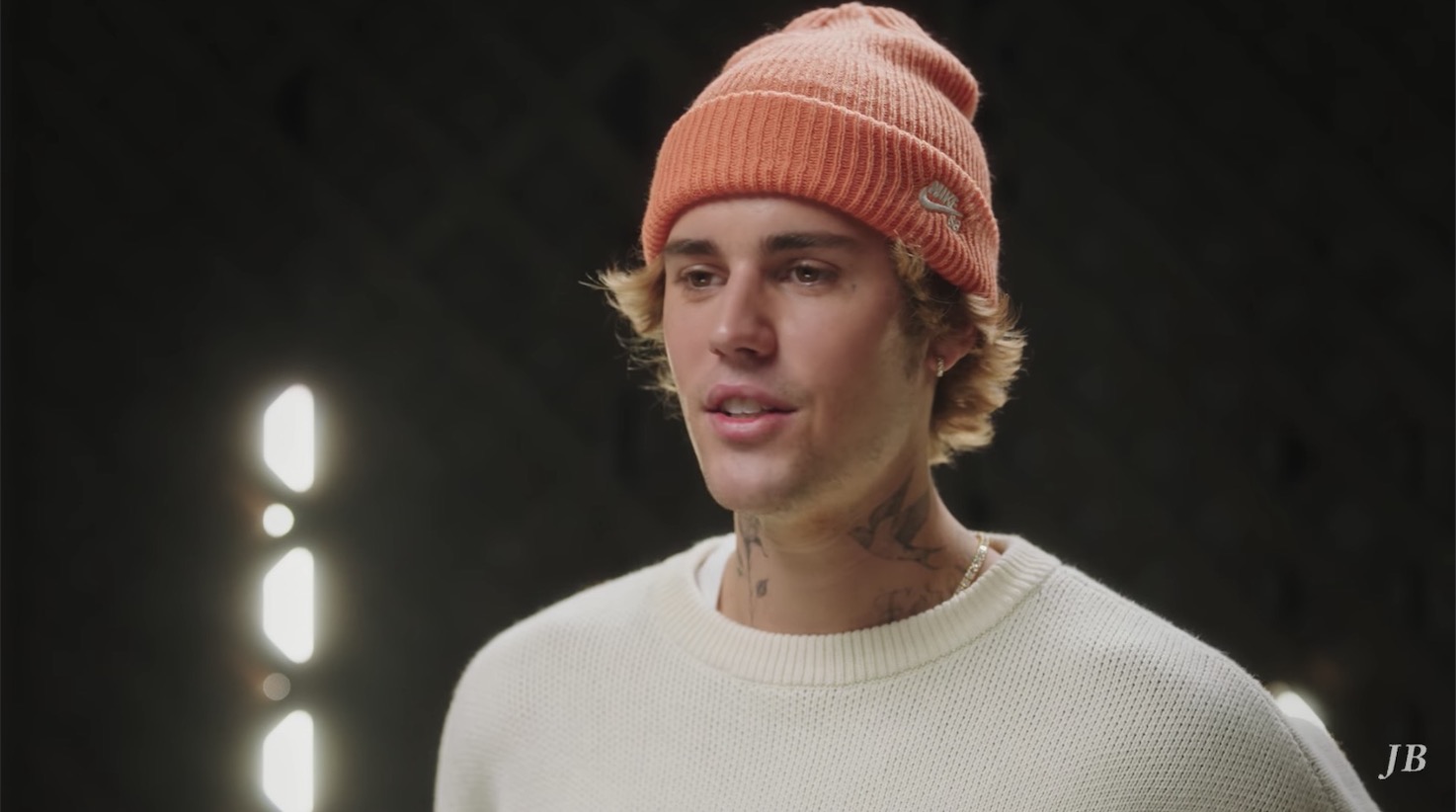 Justin became a megastar at age 16 when he released his debut album, however, he said he was shocked at all the "mean" comments he received as a teen, with trolls claiming he "looked like a girl."

He recalled: "I had no idea that I would get sucked up by all this stuff. There were just so many people who were so mean. Random people who were like, 'You suck,' 'You look like a girl.' 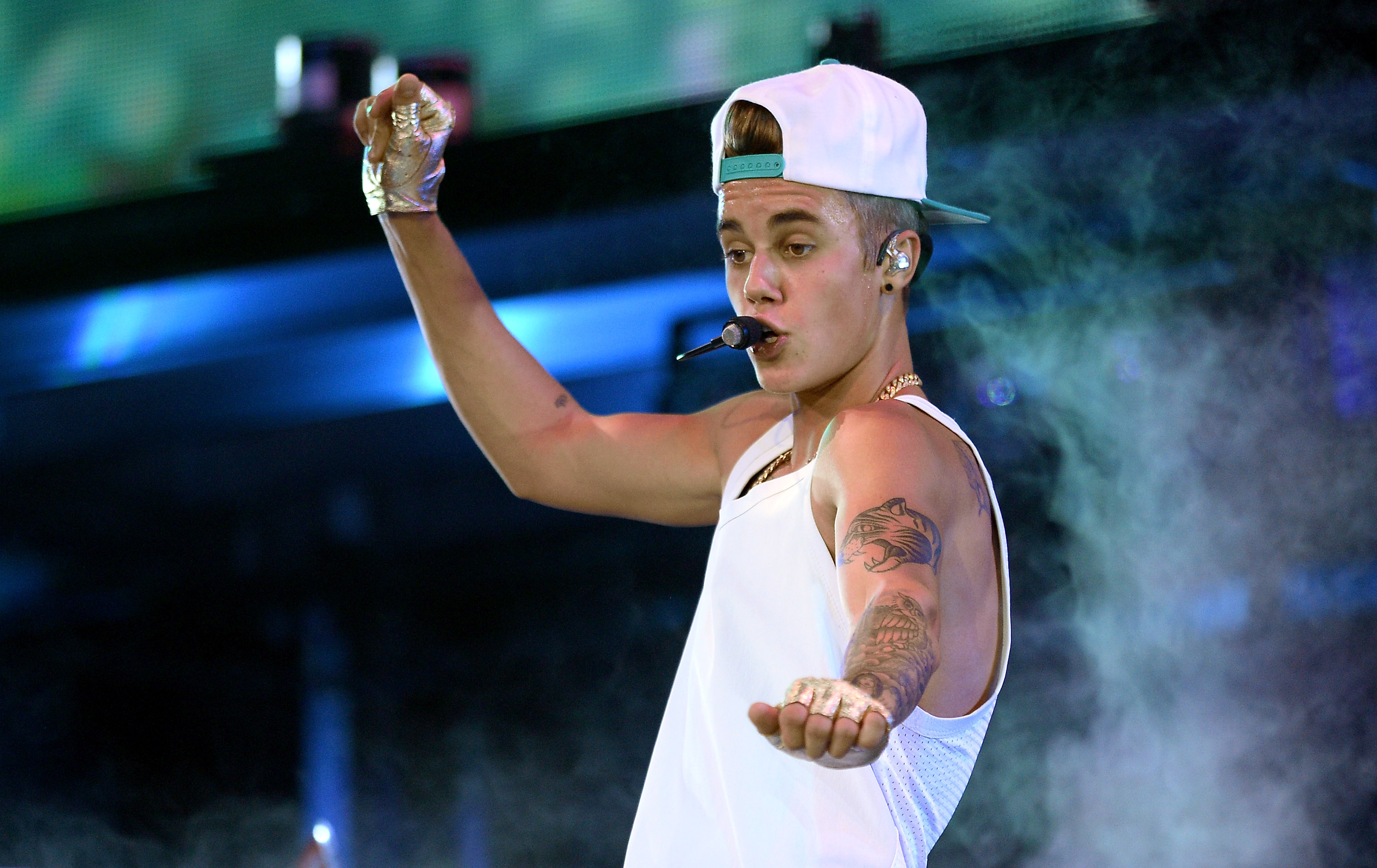 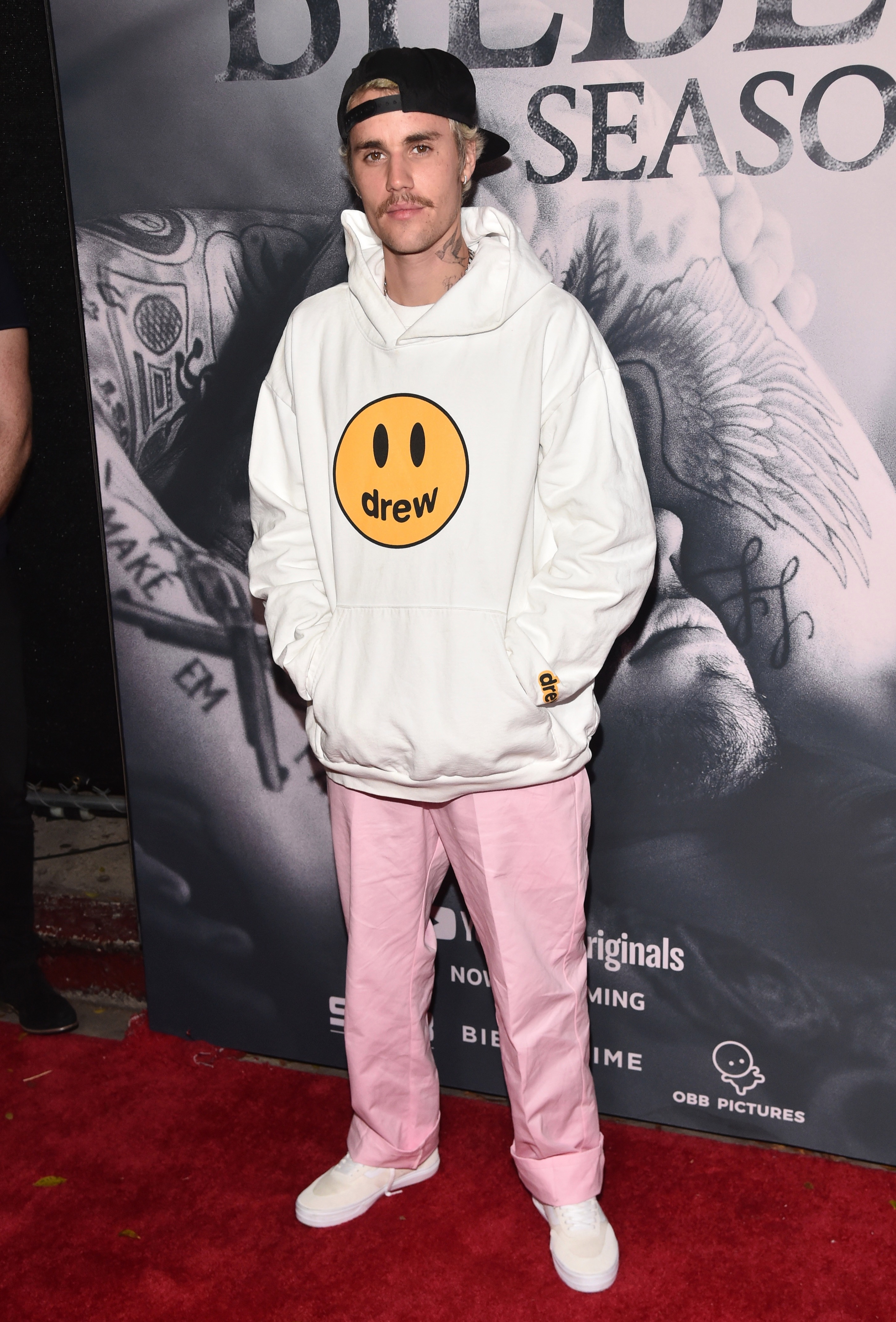 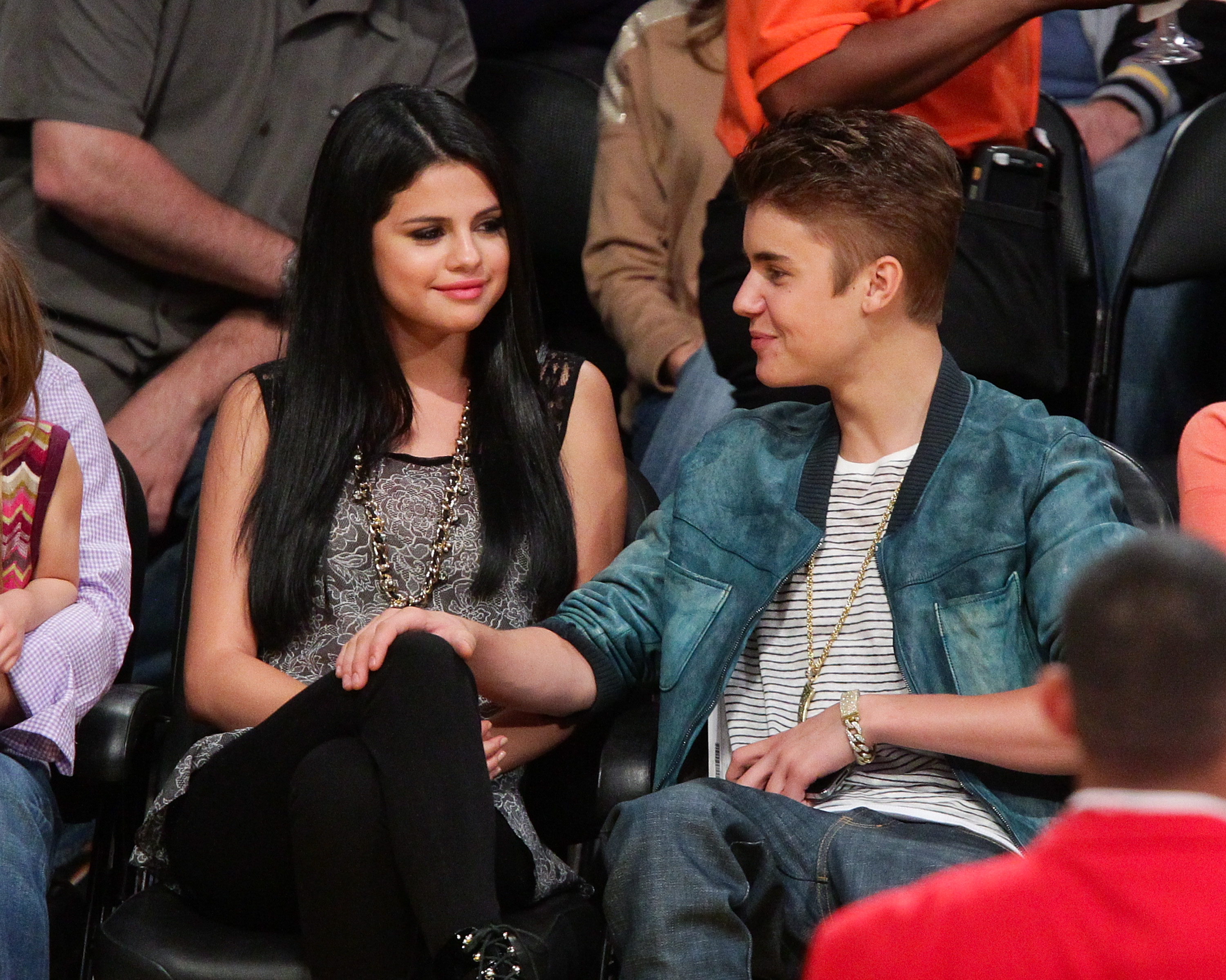 "I would shake it off and act like it didn't bother me, but that stuff bothered me and then it affected how I acted and how I treated people.

"It's like thus ongoing cycle of like, hurt people hurt people. I was just this young kid."

Justin, who was arrested in 2014 for drink driving, also once found himself dating another rising star: Selena Gomez.

The former pair were first linked publicly in 2011 and dated on and off for years until their final split.

Recently, fans pondered whether Justin's latest tattoo of a rose on his neck was done in honor of Selena.

END_OF_DOCUMENT_TOKEN_TO_BE_REPLACED

END_OF_DOCUMENT_TOKEN_TO_BE_REPLACED
Recent Posts
We and our partners use cookies on this site to improve our service, perform analytics, personalize advertising, measure advertising performance, and remember website preferences.Ok