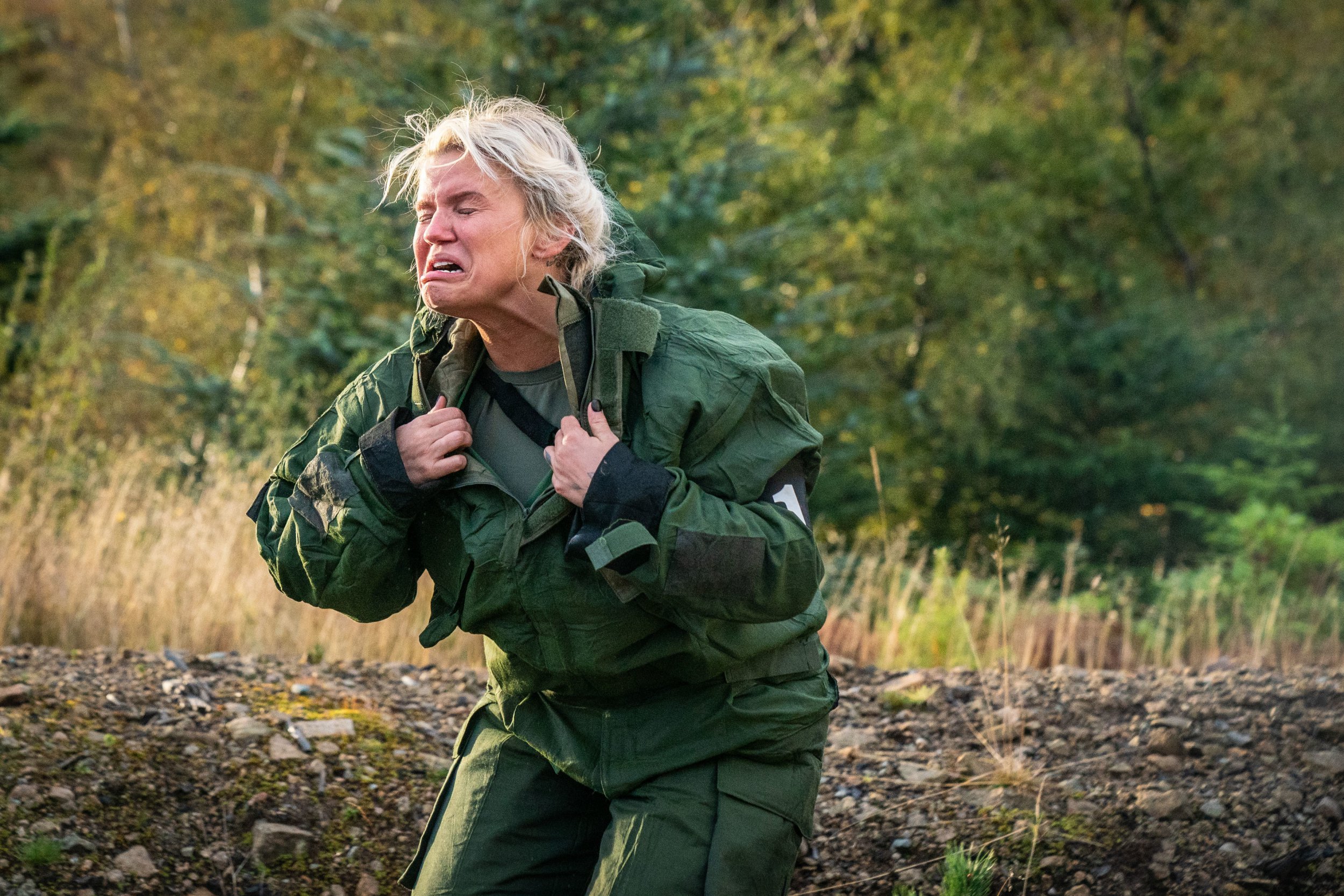 Kerry Katona decided to quit Celebrity SAS: Who Dares Wins after Ant Middleton’s shouting reminded her of the abuse she suffered at the hands of her ex-husband George Kay.

The Atomic Kitten singer, who is one of the stars on the line-up of the gruelling Channel 4 show alongside the likes of Alexandra Burke and Jake Quickenden, handed in her armband during last night’s episode after struggling with the missions.

Speaking after appearing on the programme, Kerry said she suffered a sleepless night after Ant barked orders at her.

‘There was one point where Ant grabbed me and he said, “You’ve got f***ing more to prove than anybody else, just own that.” I couldn’t sleep that night,’ she revealed.

‘He didn’t mean to… he just kind of catapulted me back to when George used to spit in my face.’

George, who is the father of Kerry’s seven-year-old daughter DJ, died at the age of 39 on July 6, 2019 at the Holiday Inn hotel in Runcorn, Cheshire.

His cause of death was determined to be cocaine toxicity.

On the show, Kerry discussed her ‘anger’ at her ex’s death, after having to tell her daughter that her dad had died.

She said: ‘When George died there were so many mixed emotions. I was so angry. How f***ing dare you die? Putting me and the kids through all that s**t, and then you just die.

‘The worst conversation I had to have was with my five-year-old to tell her her daddy had died. I had to explain that to a baby. As t**t as he was, he was still her dad.’