KIM Kardashian shared a sweet throwback with Kanye West from their island getaway – after ignoring his presidential defeat.

The KUWTK star, 40, failed to mention the rapper's election failure at the weekend as she celebrated Joe Biden's win. 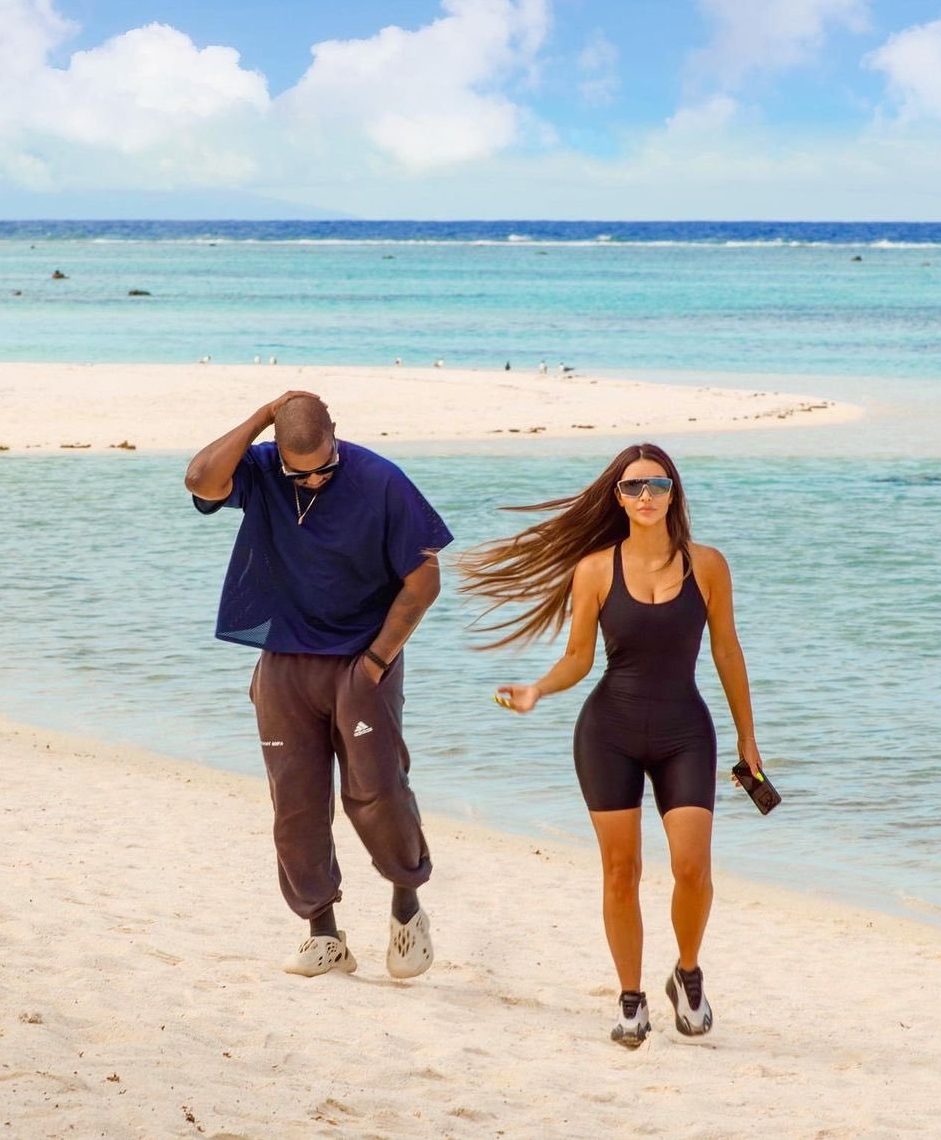 And she seemed keen to make it up to Kanye on Sunday evening, as she posted a cute photo with the Yeezy mogul.

In the Instagram shot, Kim and Kanye waded out of the sea on the Tahitian island where she held her controversial 40th birthday party.

The reality star – who shares four kids with Kanye – simply captioned the snap with a wave emoji.

However, she hinted things are looking positive for the couple as she wrote, "our future looks bright" alongside a pic of her posing in a leather skirt. 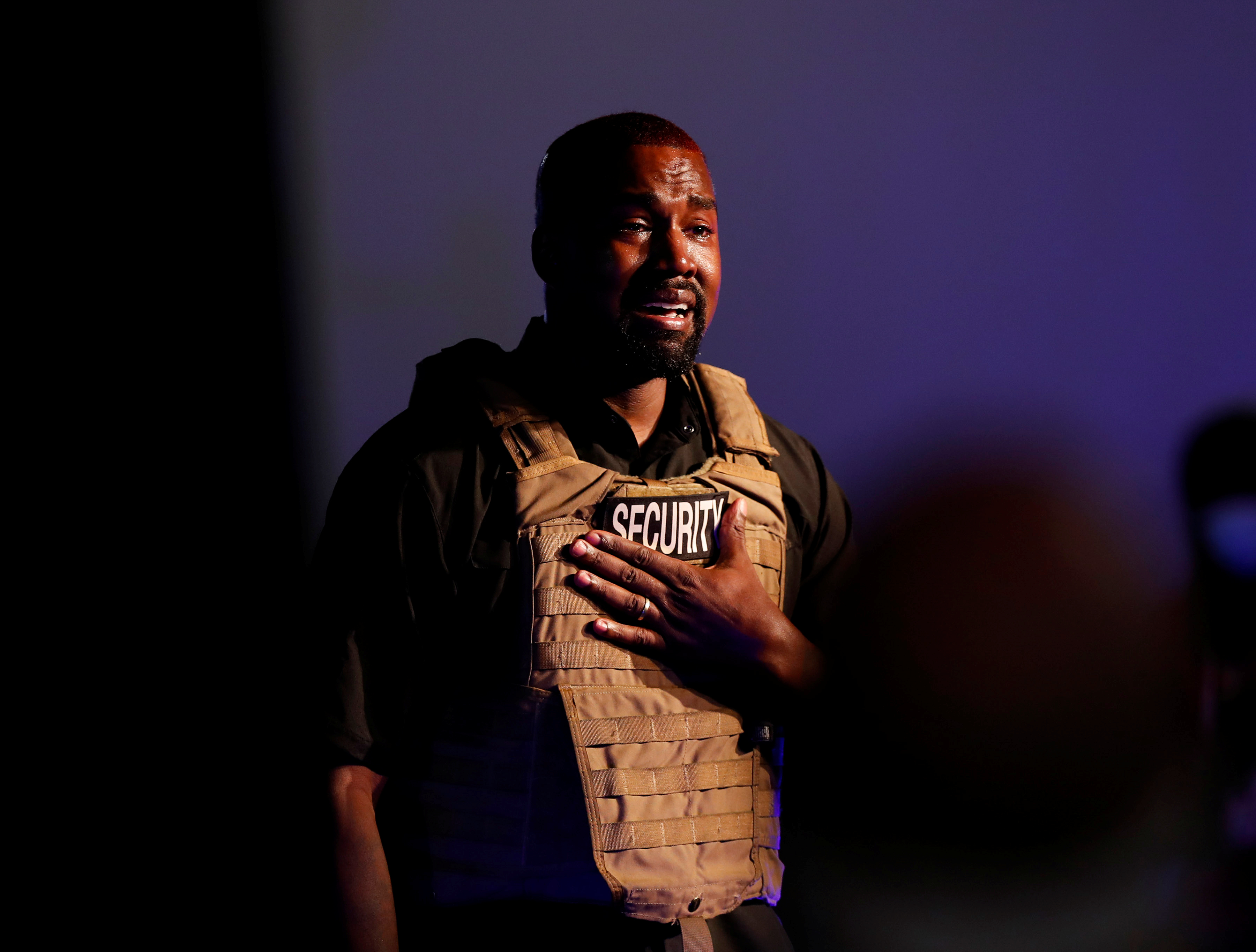 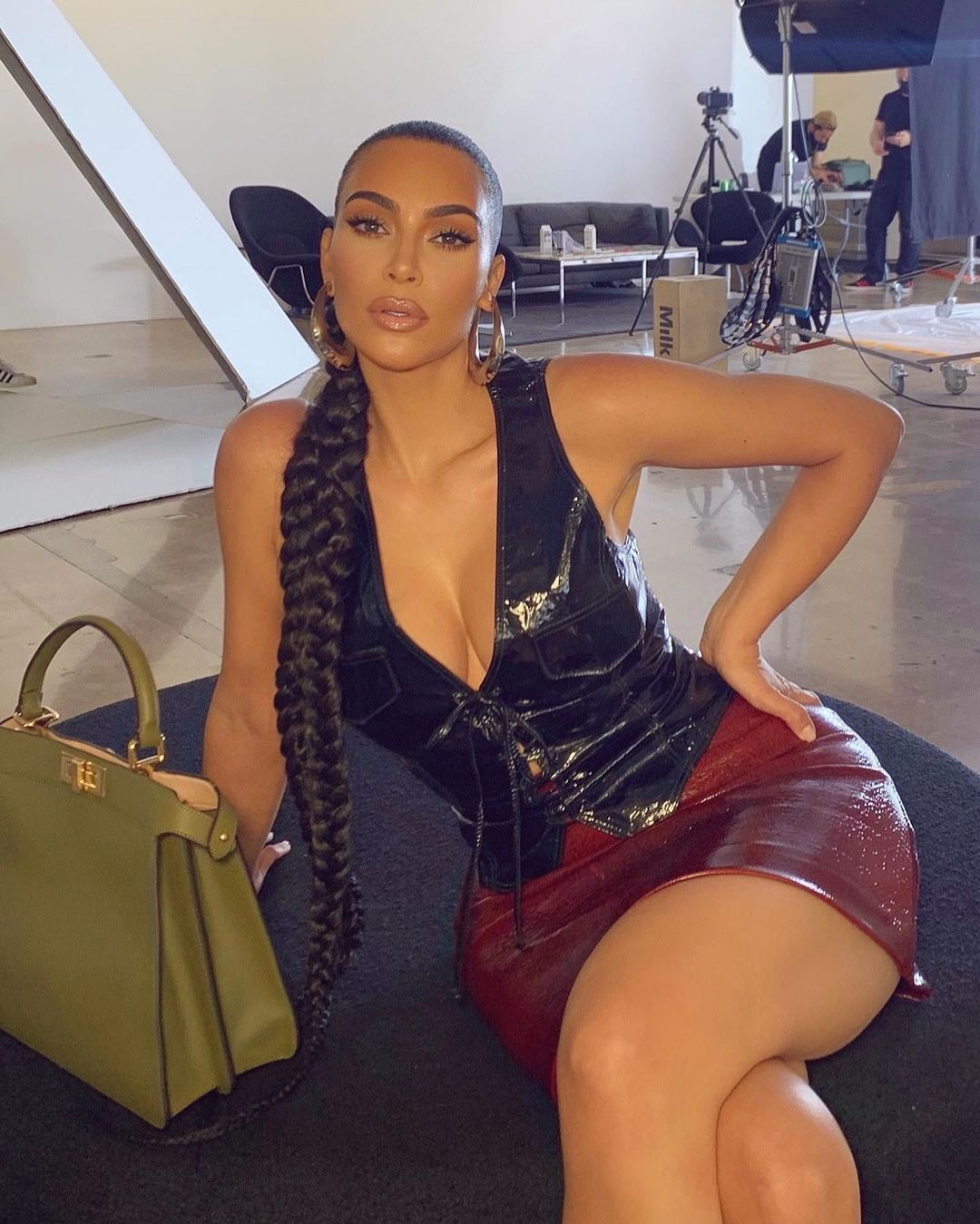 She shared a photo of Biden and Harris in front of the US flag alongside blue love heart emojis on social media, as well as a clip of Harris telling Biden they'd won the election.

Kim failed to make any mention of Kanye's defeat in the election.

The rapper failed to get a substantial number of votes for the American Independent Party. 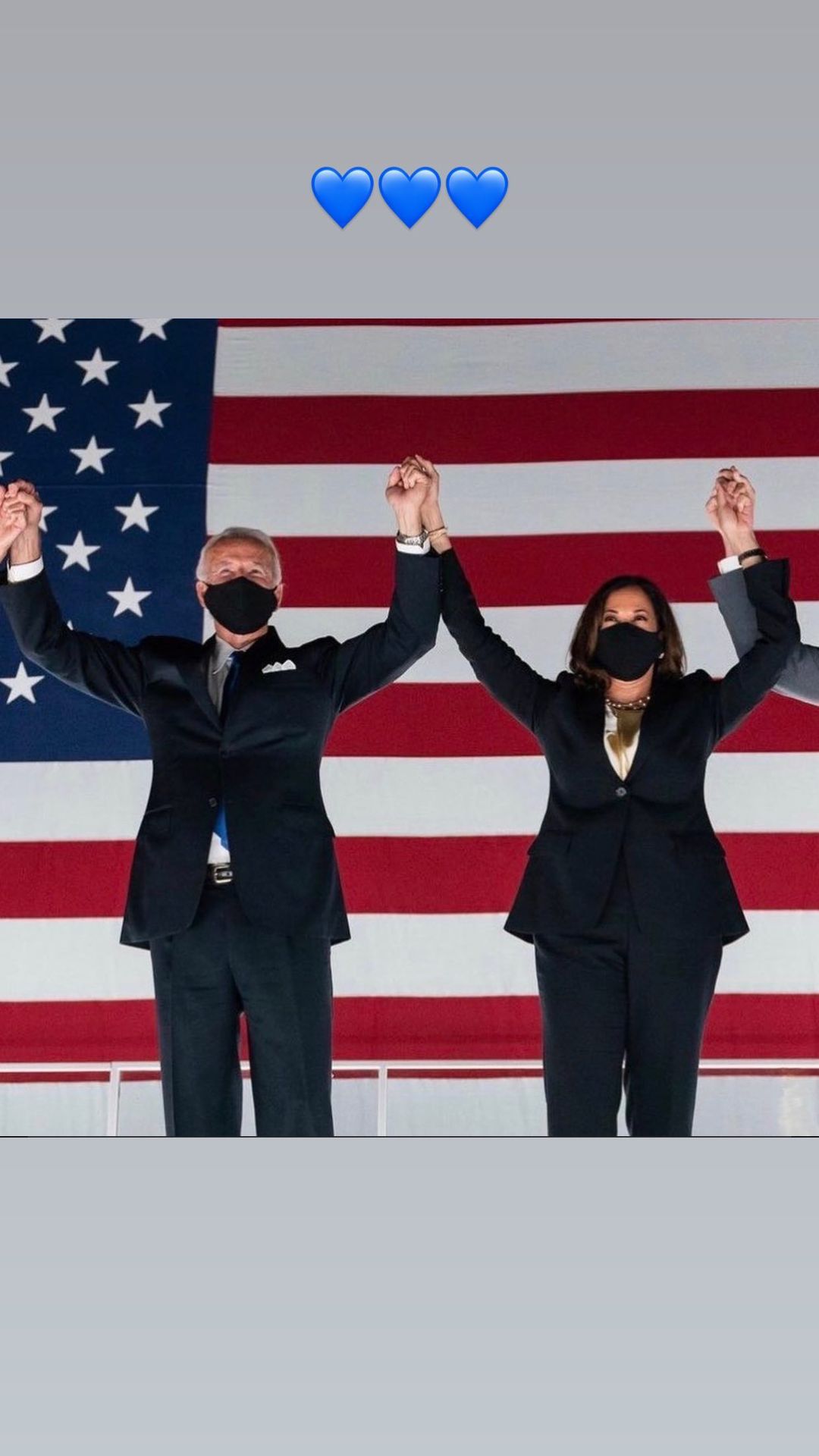 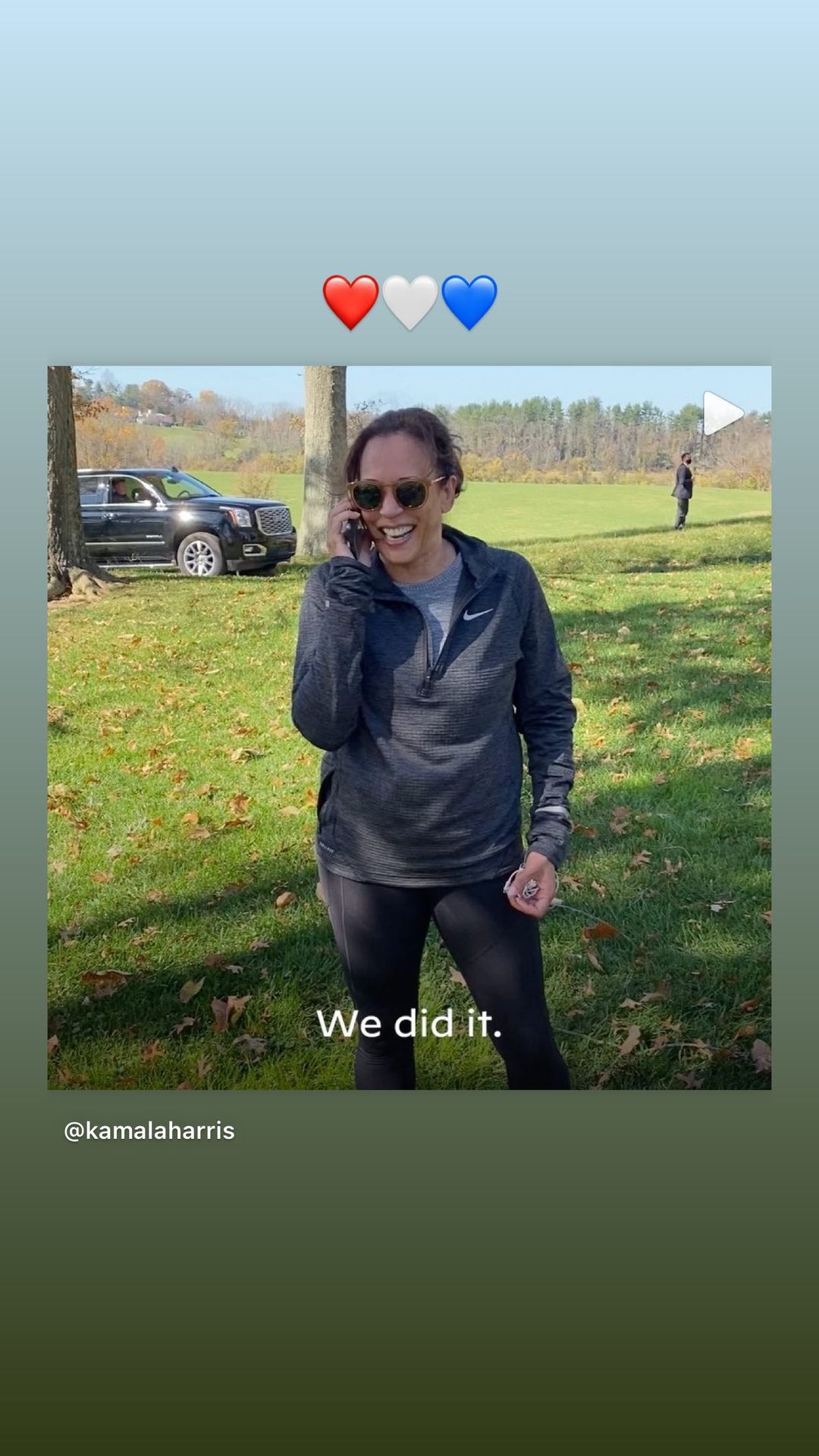 The 43-year-old received 60,000 votes across 12 states – meaning his dreams of presidency this year were dashed.

Despite the defeat, the fashion designer hinted that he's ready to run again for the Oval Office in four years.

Sharing an image of him silhouetted against a map of the US, he wrote: "WELP KANYE 2024."

The musician also revealed that he voted for himself. 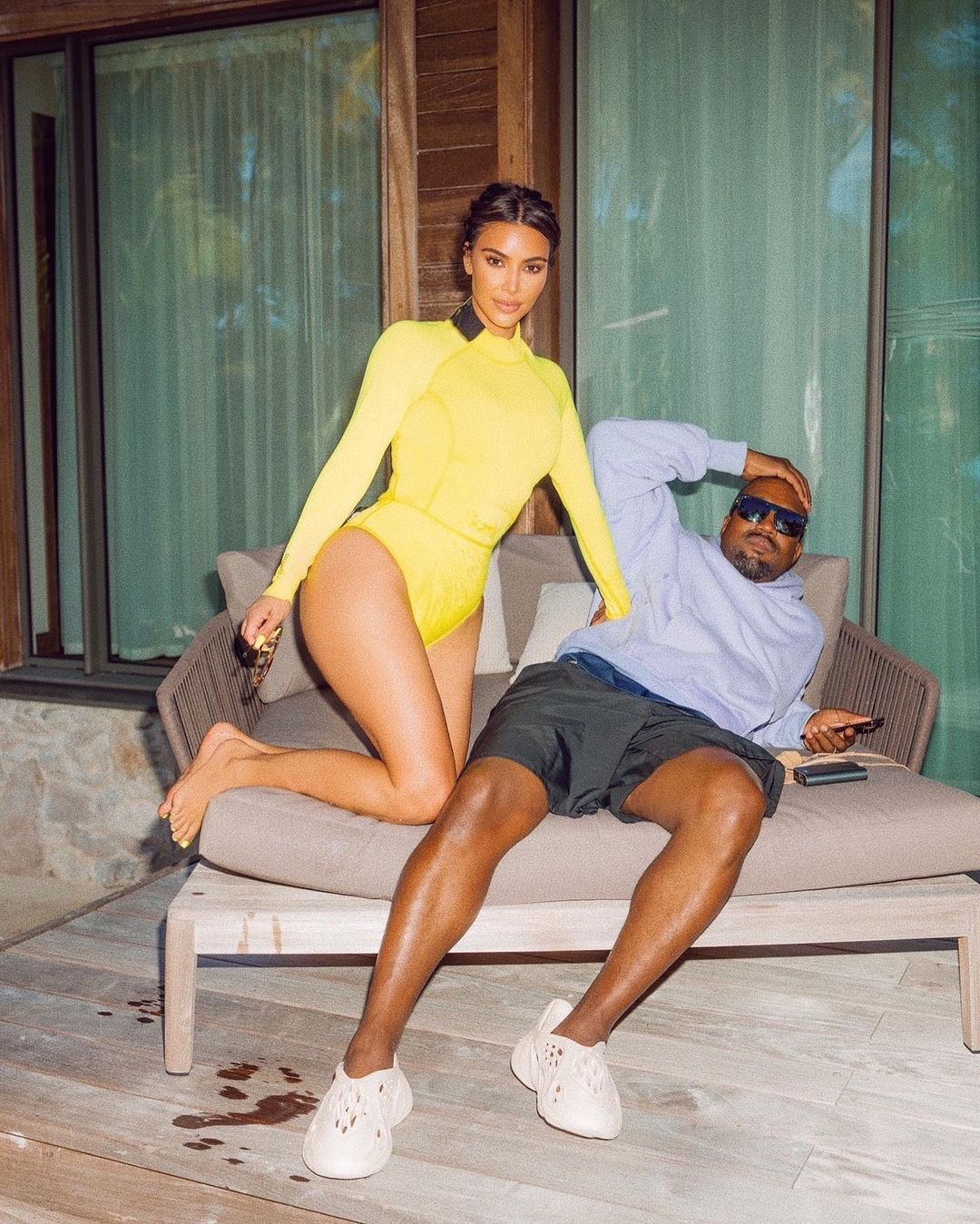 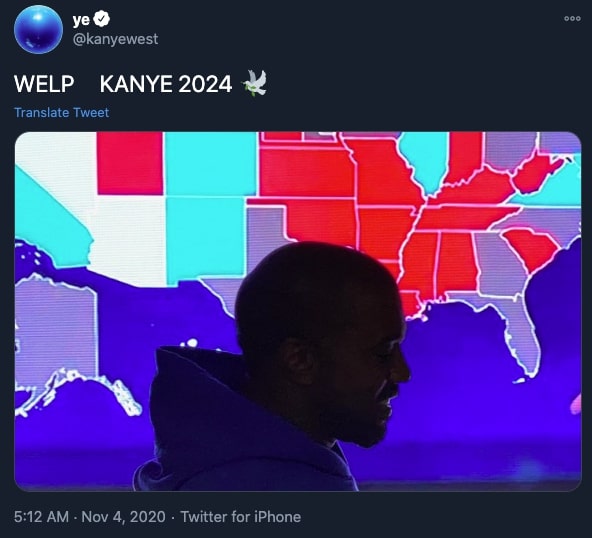 He tweeted: "Today I am voting for the first time in my life for the President of the United States, and it's for someone I truly trust… me."

Kim has not been overtly supportive of Kanye's political ambitions.

Last month, Kanye tweeted: "PEOPLE TRIED TO TALK ME OUT OF RUNNING FOR PRESIDENT.

Earlier this year, an insider told The Sun: "Kim wants Kanye to drop out of this race now and she told him if he does not she may drop him."

END_OF_DOCUMENT_TOKEN_TO_BE_REPLACED

END_OF_DOCUMENT_TOKEN_TO_BE_REPLACED
Recent Posts
We and our partners use cookies on this site to improve our service, perform analytics, personalize advertising, measure advertising performance, and remember website preferences.Ok