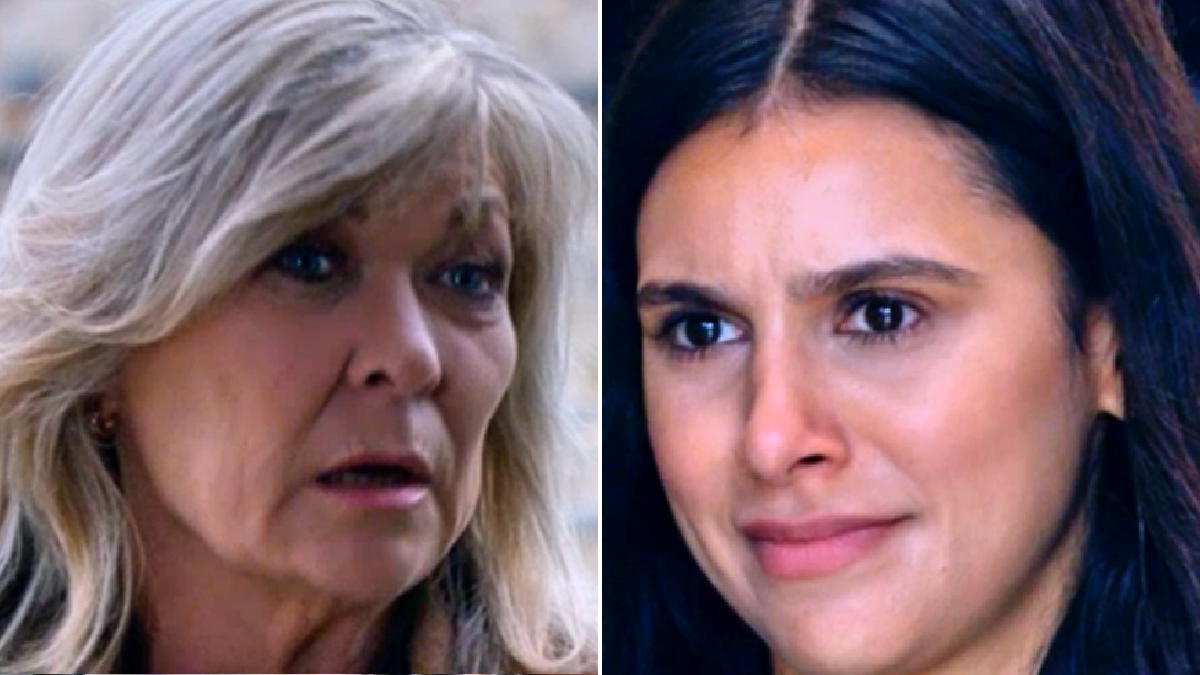 Kim Tate (Claire King) has seen through manipulative Meena Jutla’s (Paige Sandhu) games in Emmerdale, threatening to expose her if she doesn’t back down.

The soap legend found herself in police custody earlier this week, after Meena framed her for Andrea’s (Anna Nightingale) murder.

In spite of having the motive, Kim did not murder her daughter-in-law, and she even had an alibi to prove it.

Meena, meanwhile, was stunned to set her sights on Kim during Friday’s (October 29) edition of the ITV soap.

Desperate to find out why the police had released her, the unhinged nurse started to ask questions, but said questions gave the game away, as Kim worked out that it was Meena who told the police about her rift with Andrea.

Wasting little time, the Home Farm businesswoman later confronted her, and proceeded to give her a piece of her mind.

‘I have had a challenging and very expensive day’, she said, referring to the deal she cut with Diane Sugden (Elizabeth Estensen) to keep Gabby Thomas (Rosie Bentham) in the village.

Kim was evidently intrigued by Meena’s manipulation, telling her that she’s always ‘given her the hives’.

Meena retaliated with a reference to HRT – an attack on Kim’s age. Kim, however, told her that all women get older.

‘Except the ones who don’t!’, she said. A threat to Meena? It certainly seemed that way.

Meena claimed she was just doing her duty by informing the police about the row with Andrea, but Kim wasn’t buying that.

‘I’m not sure what game you’re playing’, she added, ‘but I can see there is something odd going on in there. Cross me again, and I’ll find out what makes you tick!’

Meena was evidently taken aback by Kim’s threat. The question is: will she leave well enough alone? Or will she be unable to resist and thus start to meddle where Kim is cornered?

Meena might be terrifying, but she should brush up on her Dales history if she’s going to go down that path, because we reckon that not even she is a match for the iconic Kim Tate.