KYLIE Jenner nearly popped out of her teeny tan bikini after shutting down claims she "bullied" fans on Tyga's music video set.

A model named Victoria Vanna claimed that the reality TV star mocked her and made fun of her dance moves while she filmed Tyga's Ice Cream Man. 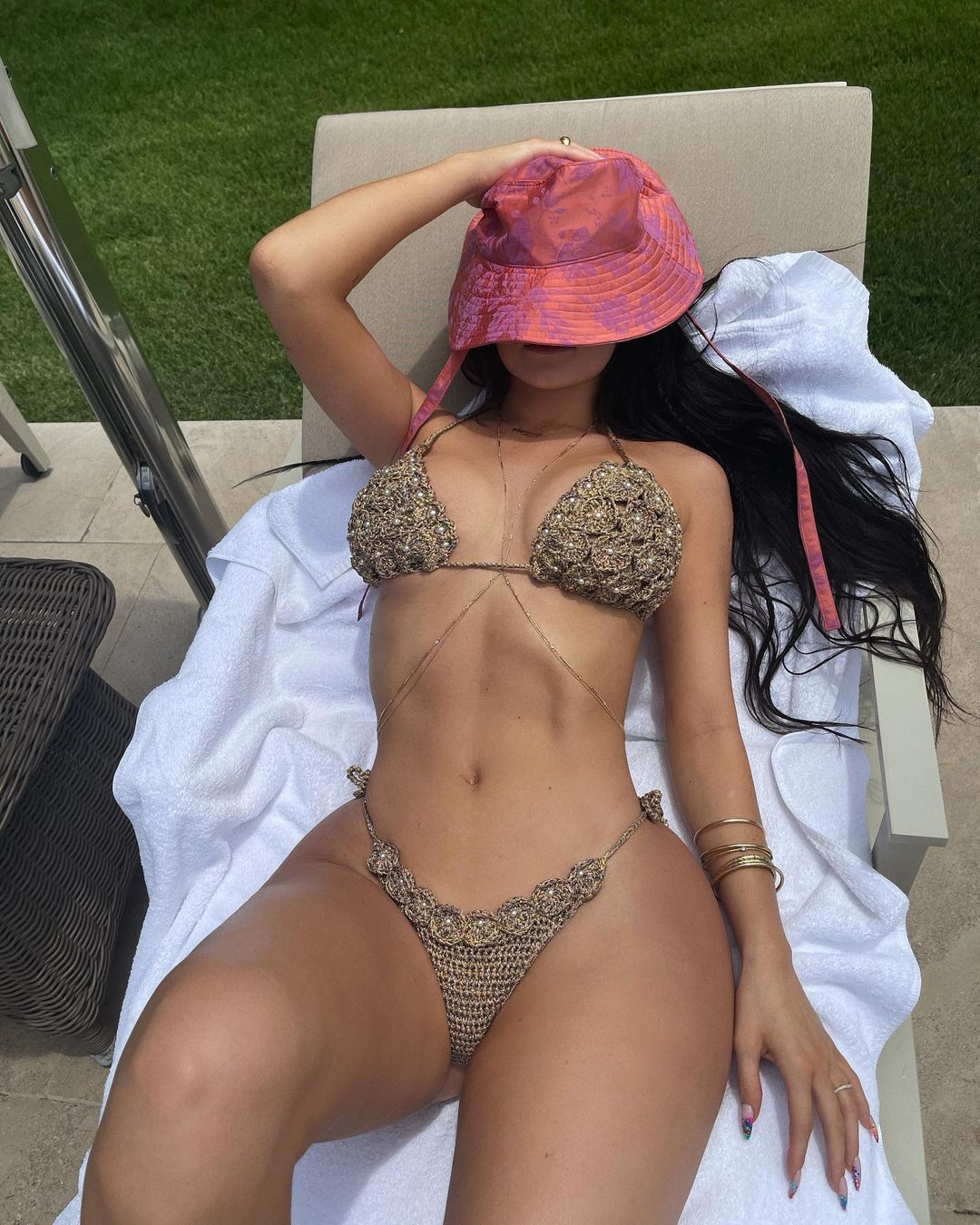 Kylie showed off her amazing curves in a new bikini picture as she laid back on a lounge chair while tanning.

The mom of one wore an embellished nude-colored bikini and complimented the look with gold bracelets, rings, and a body chain.

She also made sure to keep her face and eyes protected from the sun as she rocked a pink and orange bucket hat over her face.

Along with the pic, she wrote: "Do not disturb." 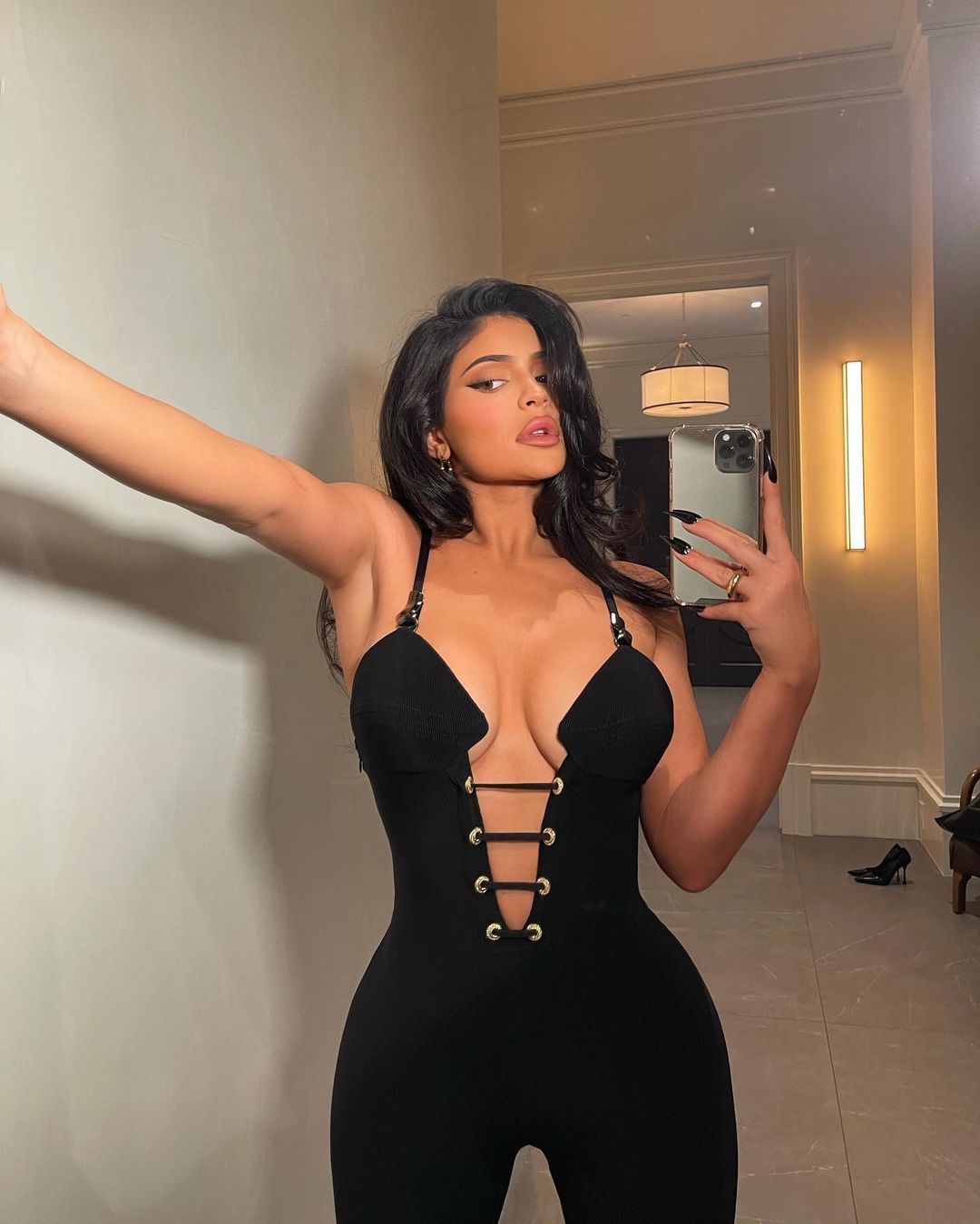 Her new pictures comes after she denied bullying a model on Tyga's music video set a few years ago.

Victoria claimed in a TikTok clip that Kylie was intimidating on set – but that other people there told her the KUWTK star is a "b***h to everyone" and not to take it personally.

The model said: "As soon as I walk out, she's looking at me up and down, whispering and pointing and making fun of how I was dancing."

She claimed Kylie and her friends were imitating how she was twerking, saying they were "making fun of me, clearly."

Victoria went on: "I'm literally full-on crying, and I decide that I'm gonna go outside. 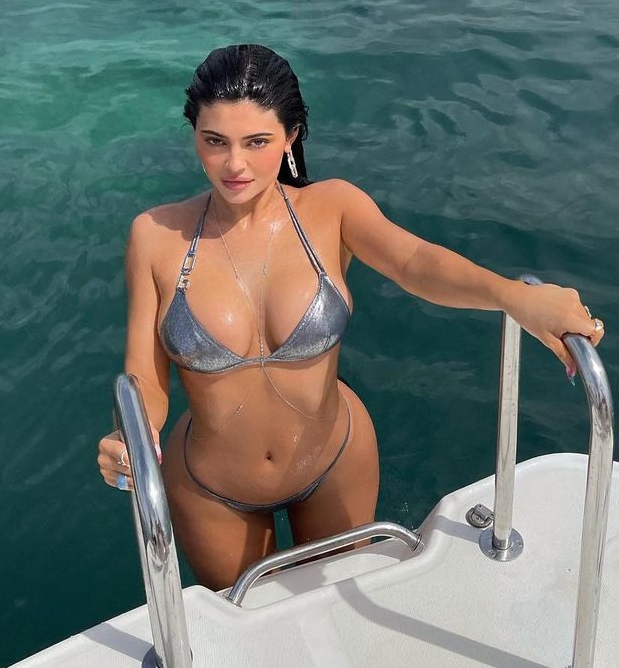 "So I go outside, and Kylie and all of her friends came outside, too. And they went to her Rolls-Royce.

"I remember it was a white Rolls-Royce in the parking lot. It was almost like they were following me. And they were all in there eating McDonald's.

"And then I was walking by, and I could just hear them. Like, inside, they were literally pointing and laughing at me. "

She continued: "And then I walk outside, and they're literally still talking about me. I remember I felt my face get hot. I was excited to meet her and felt bullied for no reason." 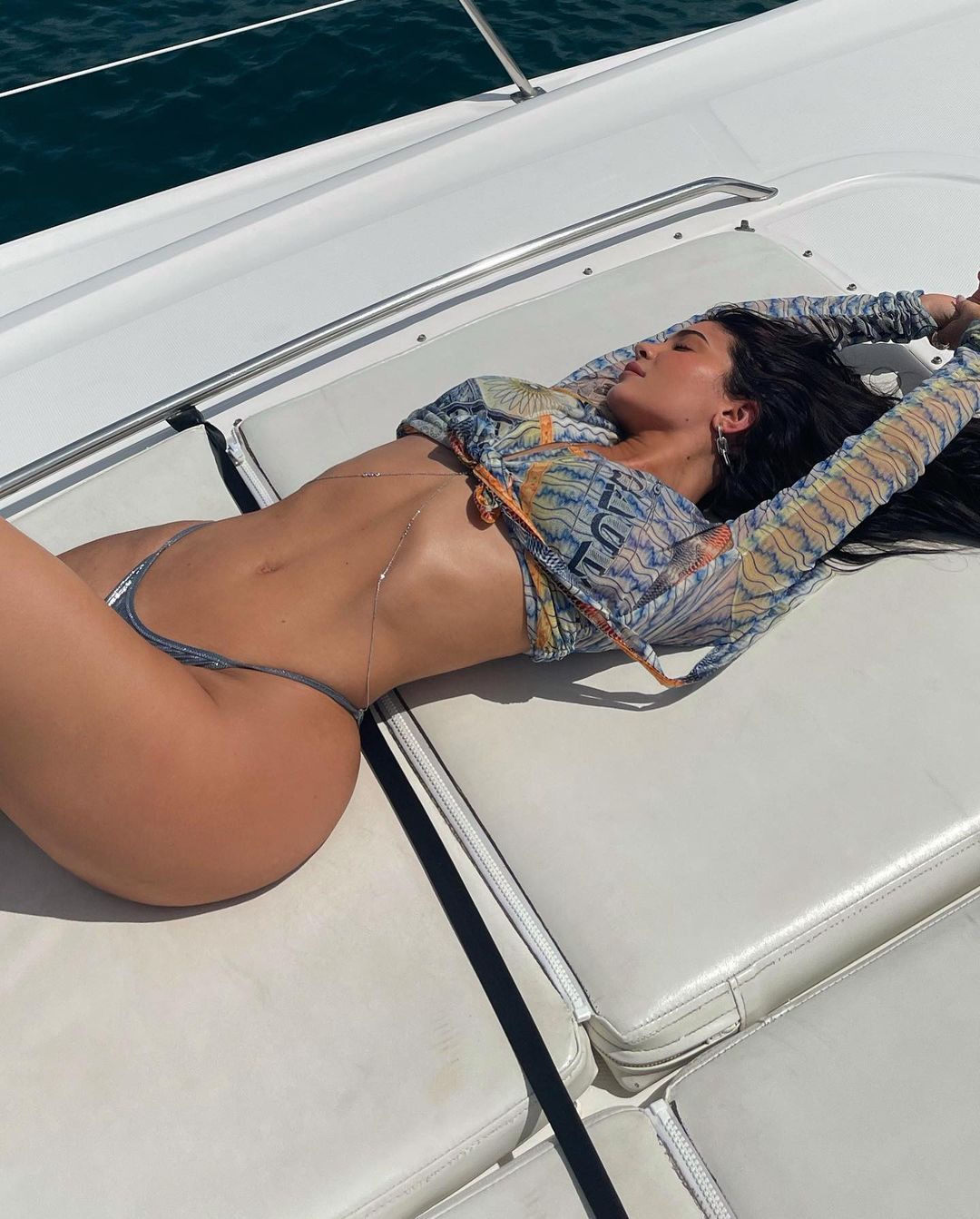 Victoria alleged that Tyga's friends tried to comfort her by saying Kylie must have felt "intimidated" by her.

"Everybody told me not to worry because she was a b***h to everyone when she was in places," she claimed.

"And even Tyga's friends told me she just was intimidated." 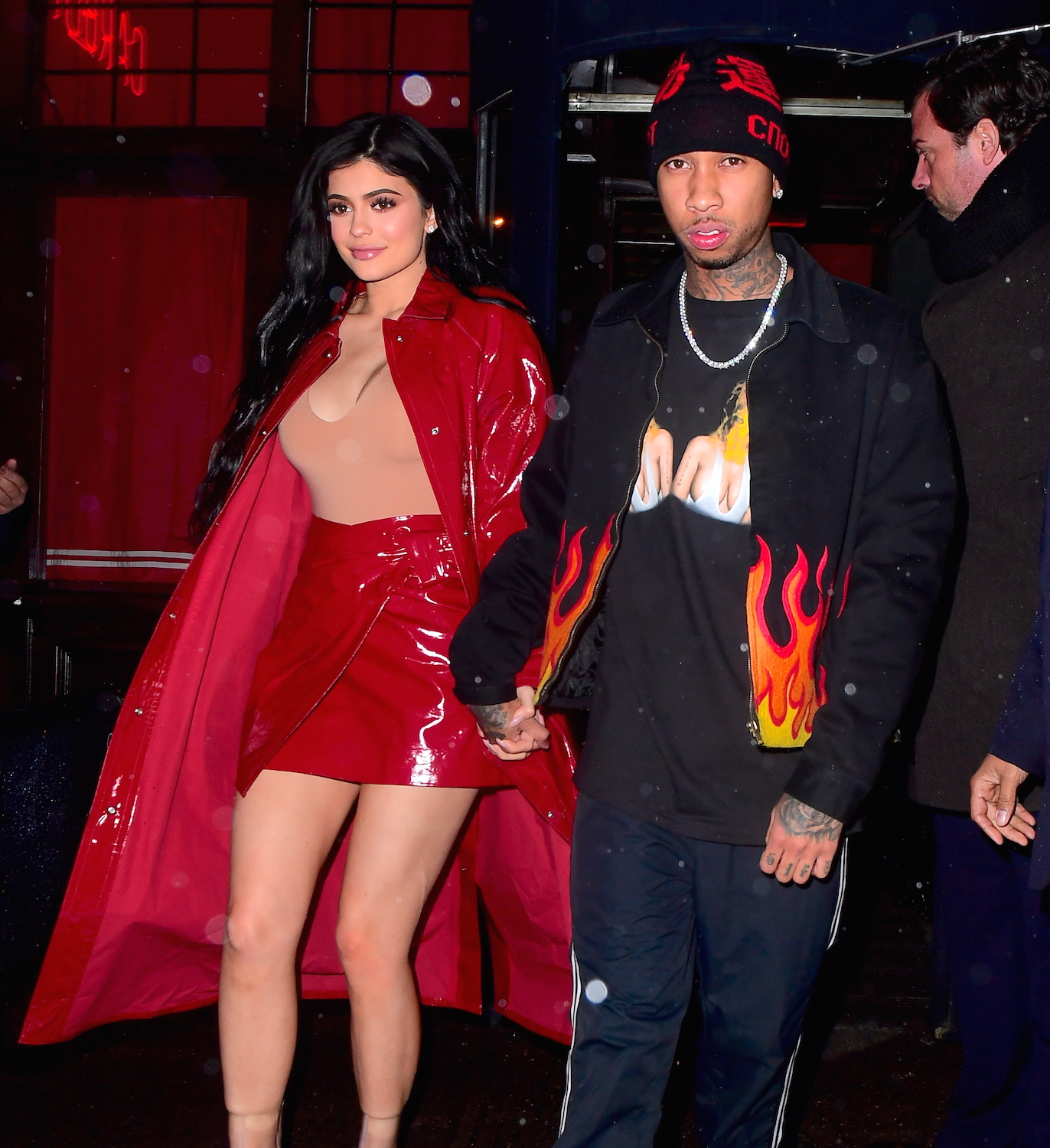 In August 2017, she reflected on their breakup and admitted she felt she was "too young" to be dating him.

“There was absolutely not one thing wrong with me and T. He and I will always, always have a bond,” she said on an episode of her reality show Life of Kylie.

“There was no crazy fight, we just decided… well, I decided that I’m really young. I don’t want to look back in five years from now and feel like he took something from me when he’s really not that type of person.”

Kylie gave birth to Stormi, her daughter with rapper Travis Scott in March 2018.

The co-parents were rumored to be back together after spending a dream weekend in Disneyland and partying for Travis' birthday.

However, Kylie was quick to shut down TMZ's claims that they are casually seeing each other while still dating other people.

"I'm not discrediting anyone who is in an open relationship but it's just careless and disrespectful to throw this narrative out there without knowing what's true," she wrote. 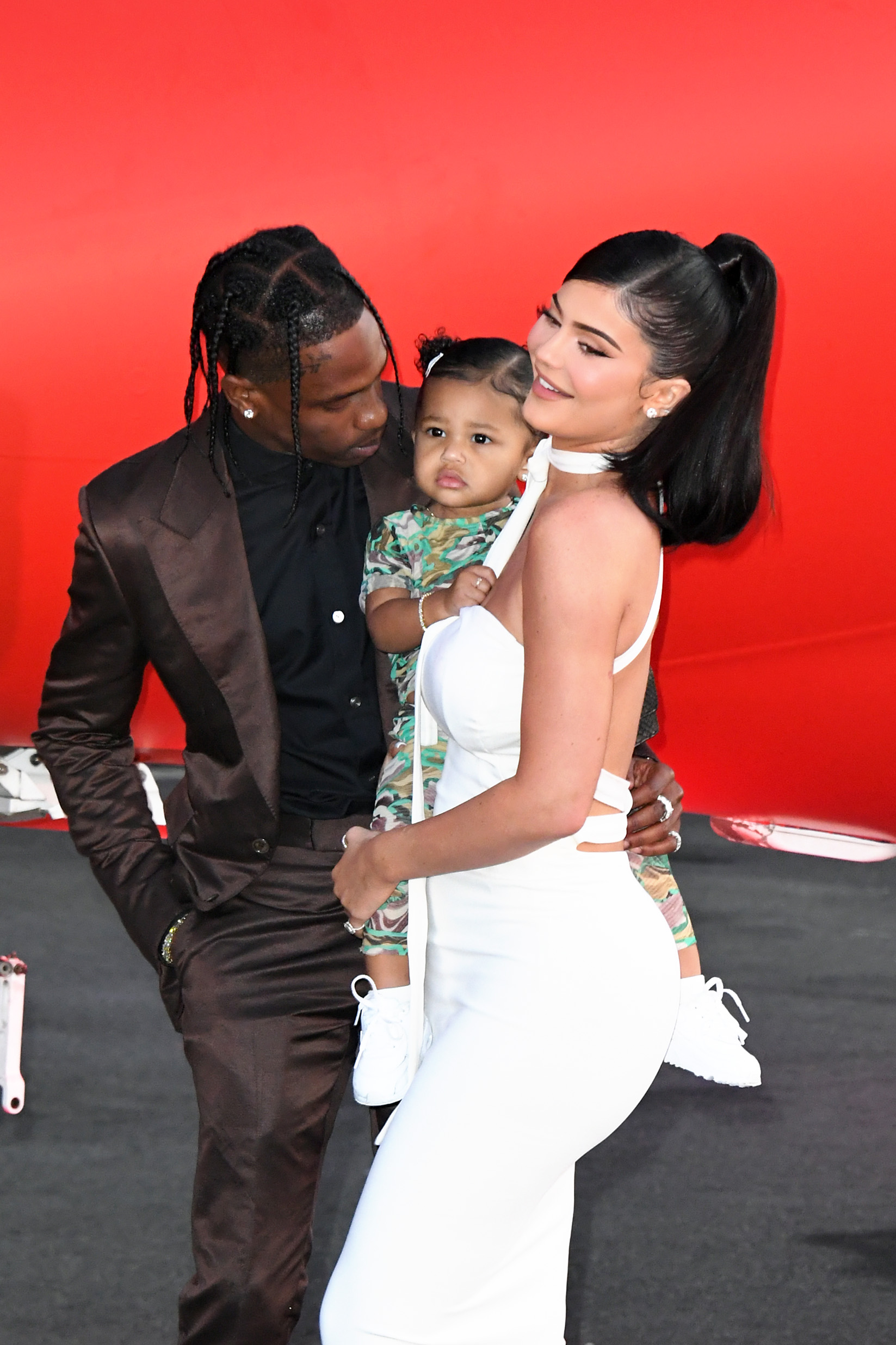