LAUREN Goodger appeared on This Morning today to clear up rumours that her changing look on social media is down to surgery.

The Towie star, 32, faced a huge backlash from fans after she posted a picture on Instagram of herself looking dramatically different at Marnie Simpson's baby shower. 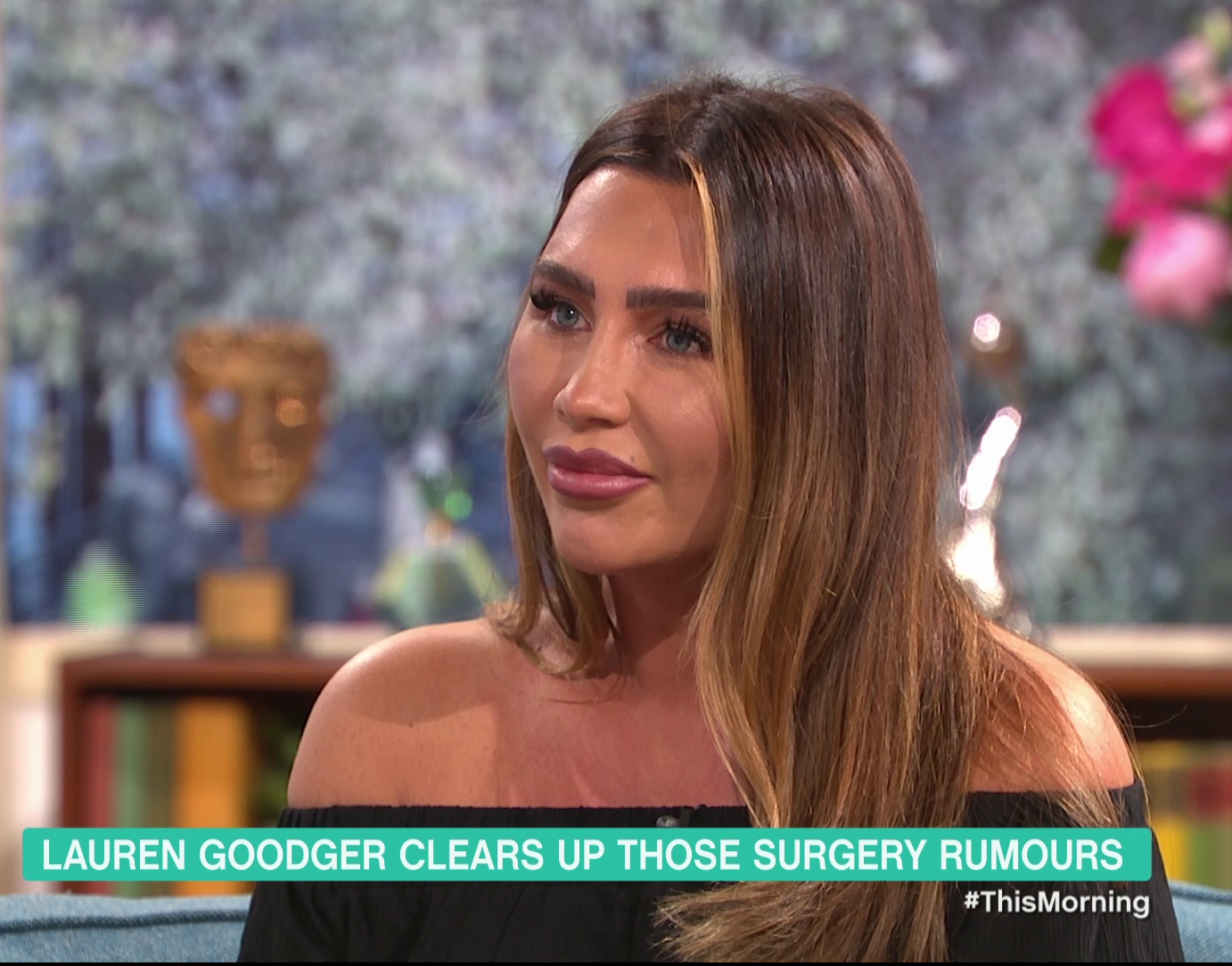 But today Lauren insisted she hasn't had more fillers and instead blamed photo-editing apps for her look.

"The next morning I woke up and it was everywhere," she told hosts Holly Willoughby and Phillip Schofield.

"I have nothing done to my face, I haven't had work done," she insisted.

The Celebs Go Dating star then detailed exactly what surgery she has had done. 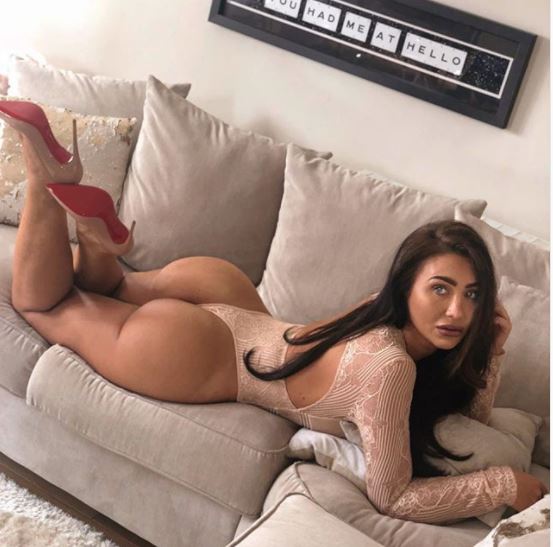 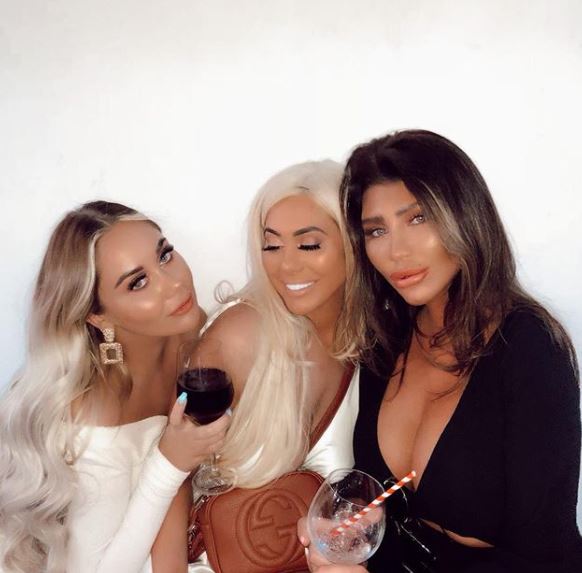 "I had my boobs done because my body changed a lot and I lost a bit of volume," she said.

"You don't need to explain yourself," Holly reassured her.

Lauren also admitted to getting lip fillers but denied ever getting anything injected into her bum. 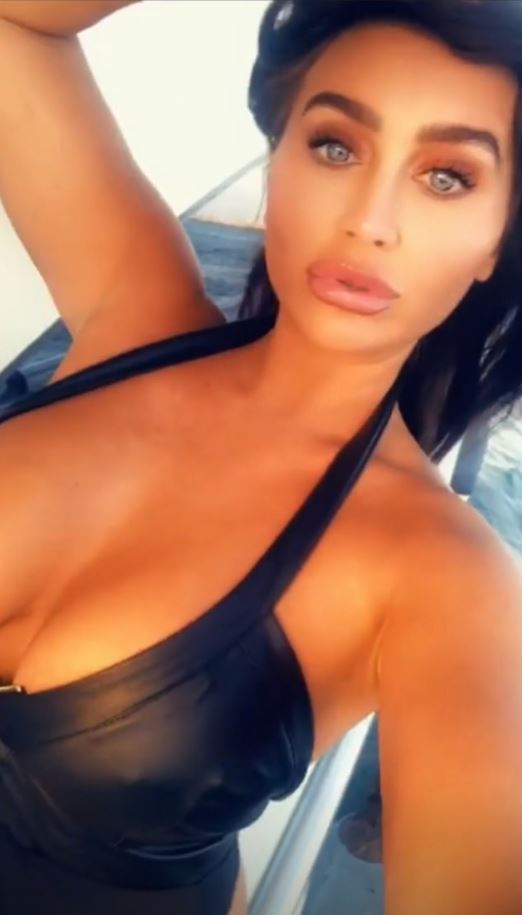 "I have not had any implants in my bum," she said.

"I have a normal body shape, in the media they make me look different."

"I don't go and have stuff all the time, it's only make-up, I like to keep it as natural as I can."

And she explained that she's looking forward to Celebs Go Dating being aired so people can see the real her.
"It's a good opportunity for people to see me on camera because you can't edit video can you." 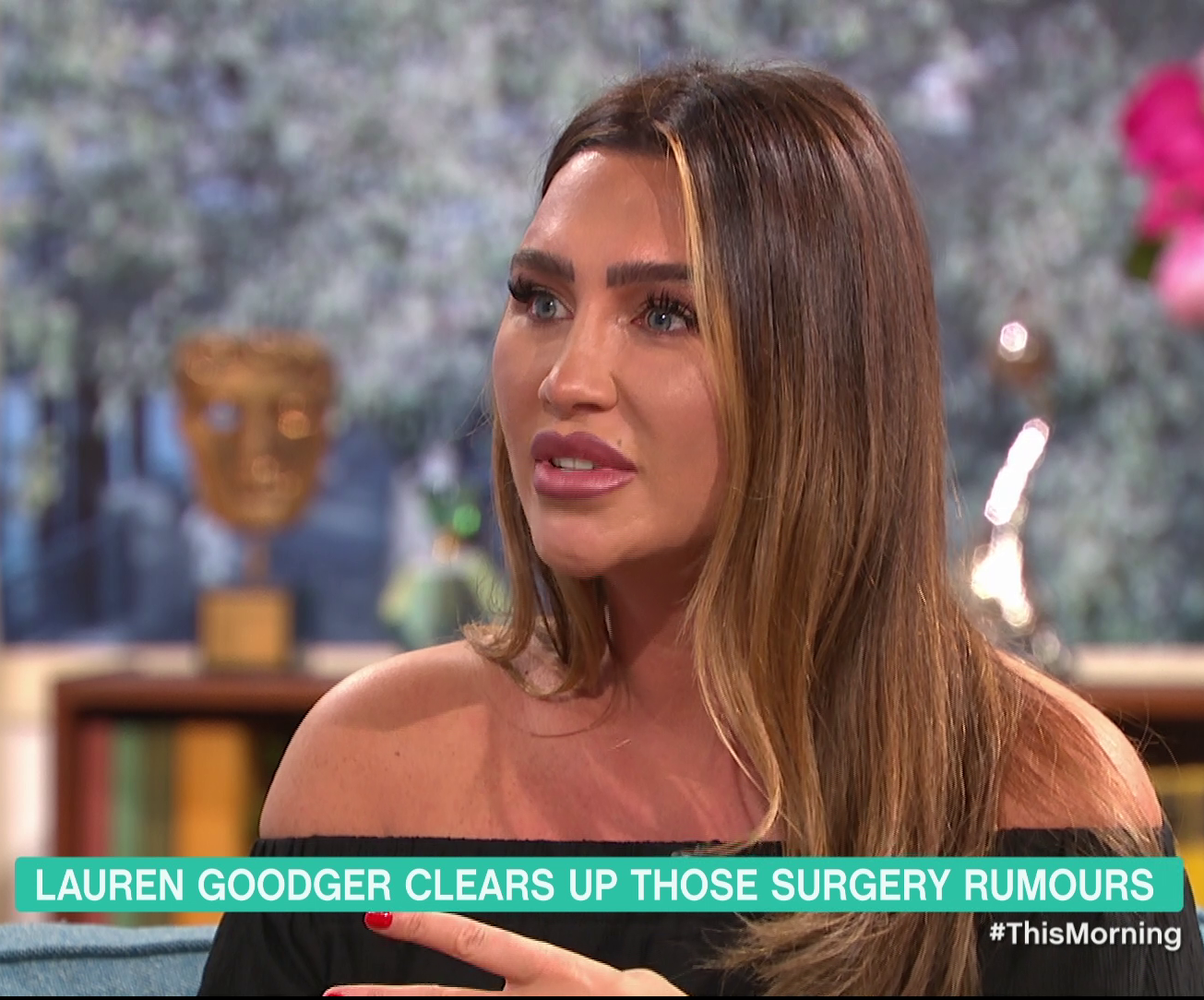 Last  month Lauren posted the image with Chloe Ferry on her social media and wrote: “F**k it I think I’m falling in love with em @chloegshore1 @kiss_aesthetics”

Commenting on the image one of her followers quickly replied: “Jesus I thought that was Pete burns for a second”

While another added: “Omg your face”

And one questioned: “Oh lord! What on earth has she done?

Lauren is no stranger to cosmetic surgery and last year she showed off her new face after having jaw fillers.

Sharing a clip of herself in the doctors in Harley Street, she told fans: “I had a little bit of sculpting filler here in my jawline, which looks amazing at certain angles but it’s actually made my face bigger than what it is and given me a kind of manly look.

“So Dr Rob is dissolving the filler in my face now and he’s banning me now.