Greg Hands and the Good Morning Britain presenter were involved in a heated exchange as Mr Shephard looked to press the minister on the UK Government’s position on the ongoing Northern Ireland customs row with the EU. The angry exchange was sparked when Mr Hands was confronted with a clip of Boris Johnson from 2019 in which the Prime Minister can be heard to pledge there would be no checks on Northern Irish goods after Brexit.

“No forms, no checks, no barriers, that was November 2019, was he lying?,” pressed Mr Shepard.

“You heard it, whether or not you could see it you could hear what he was saying,” interrupted the GMB host.

“Okay well allow me to answer,” replied the minister before he was cut-off again leading him to snap, “let me answer!” 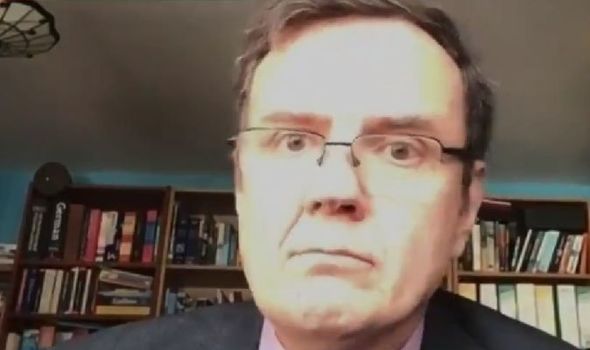 “The unfettered access made well be, I can’t see the whole clip, may well be referring to trade from Northern Ireland to Great Britain.

Mr Lempert is said to have accused the UK Government was of “inflaming” tensions in Ireland and Europe by endangering the Good Friday Agreement over custom checks at ports.