BBC Breakfast is usually presented by a number of hosts who rotate throughout the week with Louise Minchin and Dan Walker fronting the news programme from Monday to Wednesday while Naga Munchetty is joined by Charlie Stayt from Thursday to Saturday. However today, Louise was missing and had been replaced.

In her place, Nina Warhurst presented the morning show alongside Dan.

The pair did not acknowledge Louise’s absence but it’s likely she had scheduled some time off from presenting.

Express.co.uk has contacted a representative for BBC for comment.

Earlier on in the show, Dan joked Nina was “difficult” as the pair talked about the use of full stops in text messages. 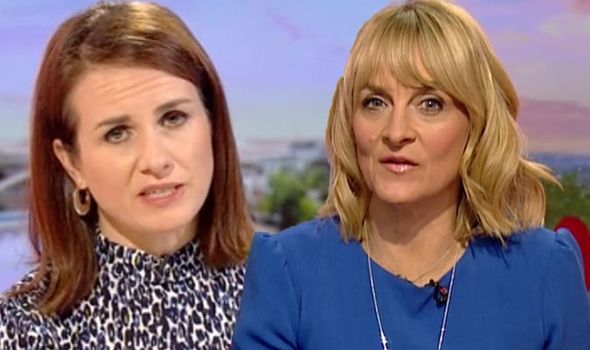 Looking at the day’s headlines, Dan was intrigued by an article about punctuation in text messages.

He asked: “How do you feel about the use of a full stop, particularly in text messages? Do you use them?”

“No, no, I would typically end a text with a kiss or maybe two,” Nina replied.

Dan looked shocked as he noted: “Oh right, I’ll have to check my text messages and see what’s going on.” 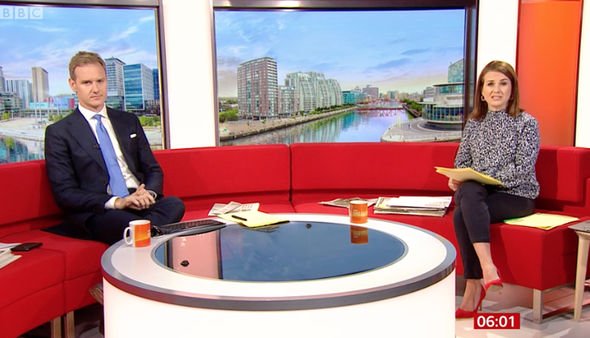 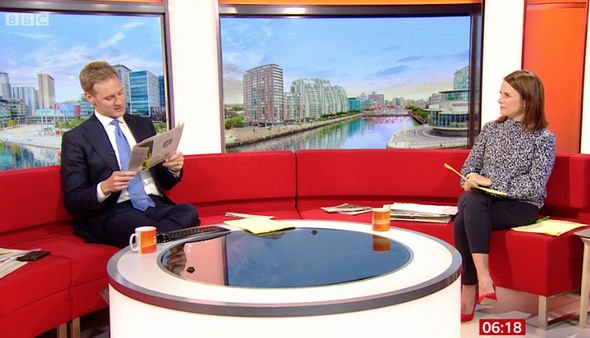 Turning his attention back to the news article, he continued: “Now this is because linguists have been debating the use of a full stop and why some young people apparently interpret properly punctuated texts as a sign of annoyance.”

“I can see that though because they’re absent from texts usually,” Nina remarked.

“Because if someone puts one on, it’s like they’re making a point.”

Dan added: “There’s a big debate amongst linguists about this. Bear with me…

“Some people say it’s obvious when it ends therefore you don’t need a full stop. One says, ‘Instant messages have a new role in signifying an abrupt and angry tone if you use a full stop.’

“Apparently write a book in 2015 called Making A Point and in there they said it is an emotion marker signifying emotion or annoyance.

“Research has always found if you use an exclamation mark or a point that makes you feel a little more sincere or engaged.”

“I disagree with that,” Nina replied. “I find exclamation marks slightly passive aggressive.”

Dan laughed: “You’re very difficult. I’m going to have to watch my texts to you very carefully.”

Later on the show, Dan and Nina spoke to MP Nick Gibb and the Deputy Chief Medical Officer about children returning to school.

The main concern was whether many children would be safe returning to classrooms for the first time since March.

BBC Breakfast airs daily on BBC One from 6am.

END_OF_DOCUMENT_TOKEN_TO_BE_REPLACED

END_OF_DOCUMENT_TOKEN_TO_BE_REPLACED
Recent Posts
We and our partners use cookies on this site to improve our service, perform analytics, personalize advertising, measure advertising performance, and remember website preferences.Ok