Love Island 2019 continues to heat up in the Spanish villa and tonight saw some serious drama for the first time between long-time stable couple Curtis and Amy.

It started off as a fun and innocent game where the boys had to stand blindfolded with headphones on and wait for each girl to land a big smooch on them.

There were some treats ahead as Anna Vakili was given top marks by many of the boys for her deep and sensual kissing technique.

And Arabella Chi really went for it with her target boy Danny Williams, who is currently coupled up with Yewande Biala on the ITV2 series.

Yet when Arabella got to ballroom dancer Curtis, things took a very unexpected turn.

Curtis appeared to enjoy the kiss and as the moment came to a close he declared: “I’m going to give it 10/10, because I think there was a real connection there.”

Finding the whole situation hilarious, Scottish contestant Anton Danyluk warned his friend: “I don’t think that was who you thought that was mate.”

The blindfolds came off, and Amy was stewing on the moment, after she only got a seven for her smooching skills.

But while a mortified Curtis spent the rest of the episode determined to make it up to his beau, one viewer was convinced there’d been method to his actions.

Taking to Twitter, they speculated: “But why was Curtis so confident to say there’s a connection? Maybe it’s his way of trying to get rid of Amy #loveisland.” 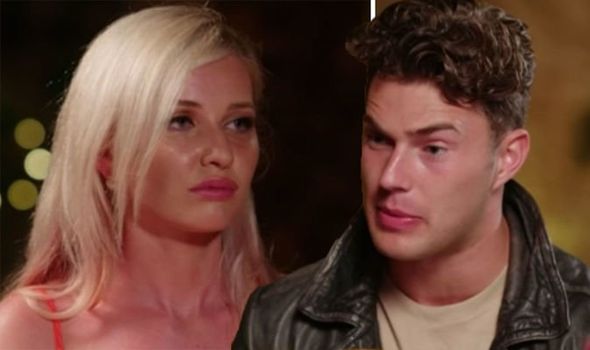 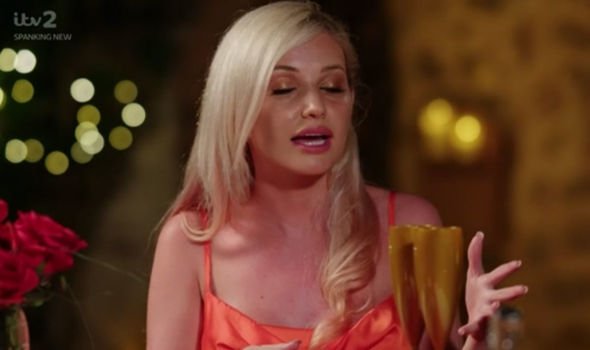 Why was Curtis so confident to say there’s a connection

Others thought the whole thing was just a joke, and were concerned over Amy’s strong reaction.

“Amy’s SO CHILDISH. He had a blindfold on,he couldn’t see who he kissed. He’s chosen to be with her & his head hasn’t turned ONCE #loveisland,” one person posted.

Another demanded: “B****y hell Amy calm down.. it’s #LoveIsland – don’t go on it if you can’t cope with a rated kiss! Curtis you’re digging your hole deeper though.”

“Curtis enjoyed the kissing game a bit to much but he was right in his element!! @LoveIsland #LoveIsland,” a third guessed.

While a fourth said: “FINALLY ……. a tiff between the ‘perfect couple’ Curtis and Amy #LoveIsland.” 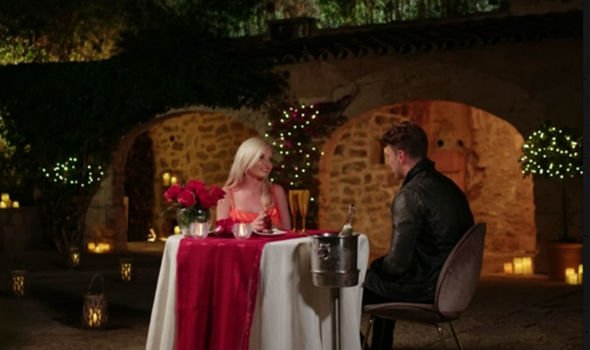 Others were completely on Amy’s side, understanding her annoyance over Curtis’ mistake in the villa.

“I’d legit be like Amy if my guy gave a 10 for kissing another girl #LoveIsland,” one viewer said in solidarity.

Later on, things turned a corner as Love Island bosses decided to give the couple their first official date.

As the duo tucked in to some decadent chocolates, Amy teased: “I’ll give you one of these to say that you are forgiven, a little heart shaped one, and I’ll have the same.”

“It’s nice to be in your company thats the thing,” Curtis then went on to praise his girl. “That’s what I like, we can chill out and be ourselves.”

END_OF_DOCUMENT_TOKEN_TO_BE_REPLACED

END_OF_DOCUMENT_TOKEN_TO_BE_REPLACED
Recent Posts
We and our partners use cookies on this site to improve our service, perform analytics, personalize advertising, measure advertising performance, and remember website preferences.Ok