Last night saw the return of Love Island to our TV screens and it was a fiery one as the couples were paired up for the first time.

The fifth series kicked off by introducing ten islanders, with host Caroline Flack welcoming them to the ITV villa.

But a dating expert has spilled to Daily Star Online what the cast really make of their partners so far.

Dating and relationship expert Genevieve Zawada-Gresset has assessed the cast’s body language, claiming the girls are “anxious” and “hesitant” of the boys at this stage.

The CEO of Elect Club said: “It’s going to be interesting to see how things unravel when the anxiety subsides but at this stage, I’m unsure that there is any real sexual sizzle.”

Genevieve noted how so far Lucie and Joe are the most “natural” couple and are the front-runners to be the first official couple.

“The first night will be very revealing, especially with her choice of nightwear!”

She continued: “Joe and Lucie are my favourite couple so far and feel they are the front-runners when it comes to being the first official couple.

“I am hoping that Joe won’t let her go into Anton’s arms. He is being mature by letting Anton speak to her and shows how secure he is.”

Callum and Amber have racked up the attention on Twitter after Amber brutally mocked his age and deemed him “too nice,” despite her choosing him because she liked how much of a “gentleman” he was.

The 20-year-old opened up about how she felt the 28-year-old was too old for her, but Genevieve believes something could still blossom between the pair after they share a bed.

She said: “Callum and Amber will have some challenges ahead, but let’s see if they are they the quiet underdogs.

“They are playing things closer to their chests than the others so far.

“The first night will be very revealing, especially with her choice of nightwear!” 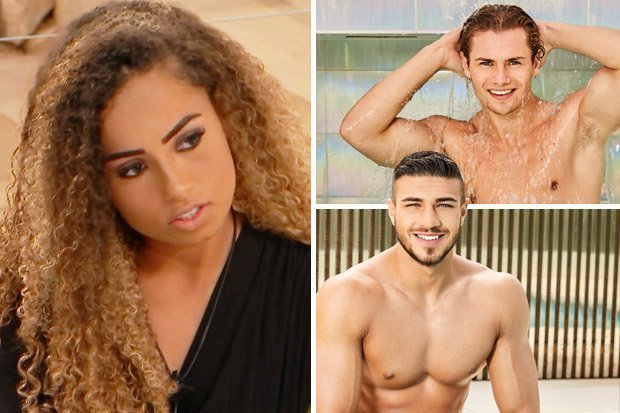 Anton also caused a stir and upset his partner Amy after he showed an interest in Lucie, but was rejected by the surfer babe.

Speaking on their pairing, Genevieve observed: “Anton and Amy look lovely together but all that glitters is not gold and she has been lulled into a false sense of security as there is no way he won’t make a play for any of the other girls… it’s going to be a bumpy ride!

“He’s already looking for the next girl but I feel these girls will see right through him and this could backfire and lessons will have to be learned!”

Genevieve claims Amy’s body language is ready for a kiss and she is “looking at things through rose-tinted glasses”.

The expert deemed Sherif a “stalker” and said him confessing to Anna that he has followed her on Instagram for a year could make her feel threatened.

Genevieve said: “Following her for a year on Instagram… stalker alert! Will she feel threatened by that admission from him?

“She is already sewing the seed about friendship, which is a warning bell for me.”

Viewers have already fallen in love with Yewande and Michael as a couple, due to both of them adoring science and sharing a sweet conversation about what they share in common.

But sadly for Yewande, she is terrified of heartbreak and instantly stereotyped Michael as a heartbreaker due to his tattoos and muscles.

Genevieve said: “She is already setting herself up for a fall.

“She needs to relax and get into it more, which I hope she will, and give Michael an opportunity.

“I think he is a genuine guy but Yewande is analysing things heavily already and dissecting all the evidence.

“Scientifically it could be interesting with their backgrounds and if the analysis can be let go of by Yewande. I would like to see her relax into it.”