During a tense interview on ITV’s Good Morning Britain, Vicky Ford clashed with both Susanna Reid and Adil Ray regarding the importance of the role Marcus Rashford played in the UK Government’s decisions on free school meals. Ms Reid asked the Conservative MP whether she felt the Manchester United footballer’s work was irrelevant during a fierce exchange.

Ms Reid said: “Why did it take a footballer to make you extend that free school meals?

“Why did that have to happen? Why is it the work of Marcus Rashford that made that happen?”

Ms Ford responded: “No, it is not actually Susanna, I had extended the free school meals to more groups of children right at the beginning of this lockdown than the eligibility for free school meals.”

Ms Reid interjected: “Are you saying that the work of Marcus Rashford was irrelevant?” 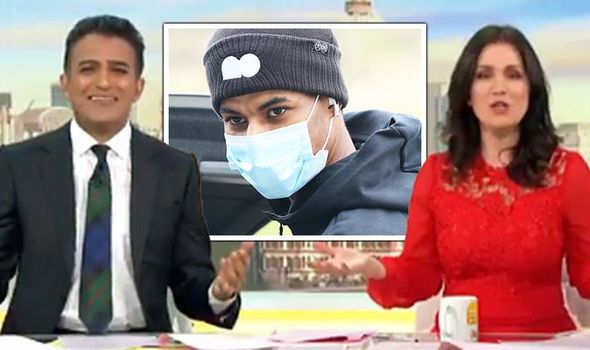 The Conservative MP continued: “I hugely respect Marcus and the campaign he has been doing.

“We have been putting extra support in through the whole period.

“But he has been very supportive of the work we have been doing to extend that Covid winter support grant.

“Then obviously the other thing I have been working on and started on way earlier on is the holidays, activities, and food programme.”

During the same interview, GMB co-host Adil Ray clashed with the Conservative MP.

Mr Ray said: “Are you saying you would have been doing this anyway regardless of what Marcus Rashford did and the call with the Prime Minister?

“Twice he had to intervene, are you saying he was wasting his time and you were doing it already?

“Surely not, surely you are not saying that are you?”

Ms Ford replied: “For example, the holidays, activities, and food programme we have been piloting for the last three years.

“Yes, there were projects we were already working on.

“I am very glad for the work Marcus has done to make sure that we have been focusing on that.”