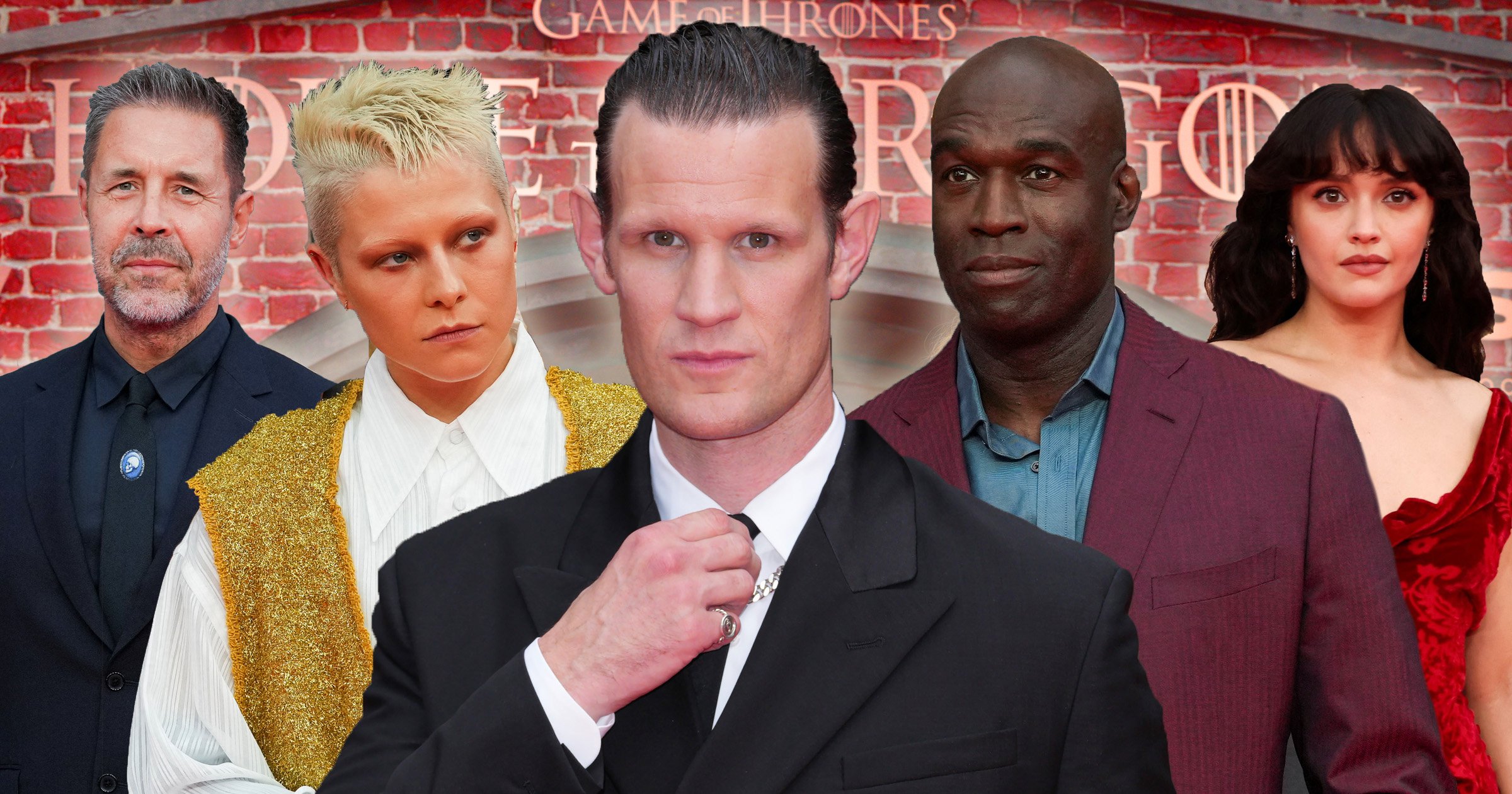 Game Of Thrones spin-off House of the Dragon is very nearly here, with stars Matt Smith, Emma D’Arcy and Paddy Considine leading the cast at the premiere.

The highly-anticipated series is set 200 years before the events of the main show and will follow House Targaryen at the height of its power across the Seven Kingdoms, when King Viserys I (Paddy Considine) sat on the Iron Throne.

Doctor Who star Matt, who’s starring as Daemon Targaryen, looked slick in a black suit, accessorising with a silver chain.

Emma, who’s playing Princess Rhaenyra Targaryen, looked sensational in a white and gold number, rocking cropped hair and blue gloves, while Paddy (who recently revealed he turned down a role in Game Of Thrones) smiled as he took to the red carpet in a suave suit.

Ahead of the show premiering, author George RR Martin has hailed it as ‘magnificent’.

The legendary author, who penned the A Song Of Ice and Fire fantasy novels, said on his blog: ‘Hot D is all I hoped it would be; dark, powerful, visceral, disturbing, stunning to look at, peopled with complex and very human characters brought to life by some truly amazing actors.’

So far, the series has received rave reviews from those who have seen previews.

Critics in the US recently had the chance to attend a screening of the pilot, and their reactions have made us even more excited to watch the show than we were before… if that was even possible.

A film journalist working for IndieWire didn’t hold back when showing the new fantasy tale with praise, sharing their awe on Twitter over how ‘violent’, ‘shocking’ and ‘epic’ it was.

‘Better than GoT & Breaking Bad. HBO does it again. This isn’t just another fantasy show, it’s the BEST series ever made! Great action & music too. A fitting end setting up what’s next,’ they wrote.

They added that the pilot was, in their opinion, ‘the single best episode of television ever’, continuing to say: ‘The rest will be just as good.’

Brandon Katz, senior TV reporter at The Wrap, said that the pilot ‘very efficiently explains its context in relation to GoT, introduces its core characters, and lays out the central conflict of the series’.

He said that the first episode was ‘easy to follow’ commending its ‘vibrant colors and detailed texture’ while dubbing it ‘absolutely a worthy successor so far’.

In a second tweet, the journalist admitted that Matt’s character Daemon was his ‘favourite’ from the cast in the pilot, explaining that he’s ‘violent, yet oddly caring’.

‘Arrogant and ambitious, yet honest and sincere. He’s a F**kboi with moments of substance. Matt Smith really delivers on the script’s early character nuance,’ he summarised.

Ahead of the House of the Dragon premiere, Matt teased what viewers can expect from his character Daemon, explaining that the brother of the king likes to ‘p*** people off’.

Speaking to Empire, the former Doctor Who star said: ‘Daemon is there to cause chaos and p*** people off because, simply, it entertains him.’

House Of The Dragon premieres on August 22 on Sky Atlantic and NOW.