This year, the popular BBC Two nature show was brought to viewers from the presenters back gardens. Michaela Strachan, however, missed out on fronting Springwatch due to travel restrictions as she was in South Africa. She did return for Autumnwatch alongside Chris Packham, Iolo Williams, Gillian Burke and Megan McCubbin. Ahead of Winterwatch 2021, the broadcaster has announced Michaela won’t be taking part in the new series.

Earlier this year, Winterwatch 2021 was confirmed and would air for two weeks in January.

While the days are currently short, and the nights long, the team invite viewers to wrap up warm and join them for an exploration of wonderful wildlife, seasonal beauty and natural wonder.

Chris will be back in the New Forest with step-daughter Megan, watching winter transform his home, while Iolo is at The Centre for Alternative Technology in Wales, hoping to catch a glimpse of some amazing murmurations.

Gillian, on the other hand, is at RPSB Old Moor in South Yorkshire where she’ll be looking at how a joined- up wildlife project has revitalised the area. 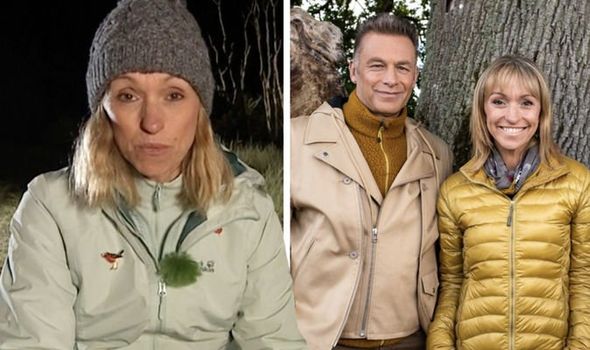 We will use your email address only for sending you newsletters. Please see our Privacy Notice for details of your data protection rights. Chris Packham and Michaela Strachan address huge Autumnwatch shake-up

Young naturalist Indy Green is also taking fans deep into Sherwood Forest on the hunt for one of our most elusive birds of prey – the Goshawk.

As for Michaela, she was meant to be back at Tentsmuir in North-East Fife catching up on what happened to the seal pups from Autumnwatch.

But, the BBC has announced that “due to lockdown restrictions, Michaela is unable to participate in Winterwatch 2021 this year as a presenter”.

“We are all deeply saddened that Michaela is unable to be there in person this time, but she will be in conversation with Chris during the first episode, from her home in South Africa.”

Speaking about being usually involved in the show, Michaela said her favourite part about Winterwatch in particular is the “beauty of a cold crisp morning”. 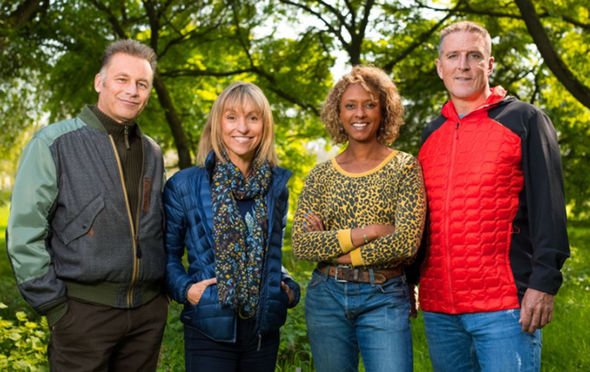 “If you’re dressed for it, it can be so invigorating,” she said.

“Last year when we were up in the Cairngorms, the snow made everything look so beautiful.

“You can get a huge amount of satisfaction when you go out all wrapped up to enjoy something like a starling murmuration.

“The wildlife aerial ballet is something everyone should see at least once in their lives,” she added.

As for what viewers can expect from this instalment of Winterwatch, Chris said the team of presenters are on a “mission”.

“Our mission is to reacquaint them with the familiar faces that they will find in their community during winter, and the latest science of all of those species who we know and love,” he revealed.

“And rather than being a time of nature in lockdown, winter is an exciting and dynamic season when there is a tremendous amount going on.

“Expect to peek into the secret affairs of our badger family and meet the new animal stars from all around the UK, as the presenting team will be spread far and wide.”

While there many not be the “same nest dramas” in winter as spring brings, there will be “magic”, Gillian teased.

When asked whether there were any challenges to filming, she explained: “The weather is always the biggest challenge for Winterwatch, not only for us, but also the wildlife.

“If it gets very cold then winter wildlife can be hard to find.

“Like us, they hunker down and move as little as possible to stay warm.

“Winter months don’t bring us the same nest dramas we get in spring, but winter comes with a magic all of its own. It can be the most beautiful season of all in the right circumstances,” she remarked.

END_OF_DOCUMENT_TOKEN_TO_BE_REPLACED

END_OF_DOCUMENT_TOKEN_TO_BE_REPLACED
Recent Posts
We and our partners use cookies on this site to improve our service, perform analytics, personalize advertising, measure advertising performance, and remember website preferences.Ok