MICHELLE Keegan has flashed her chiselled abs in a cut-out top while showing off her incredible Brassic transformation.

The actress took to Instagram with the mirror selfie from the trailer as she was filming for the Sky One comedy drama in Northern England. 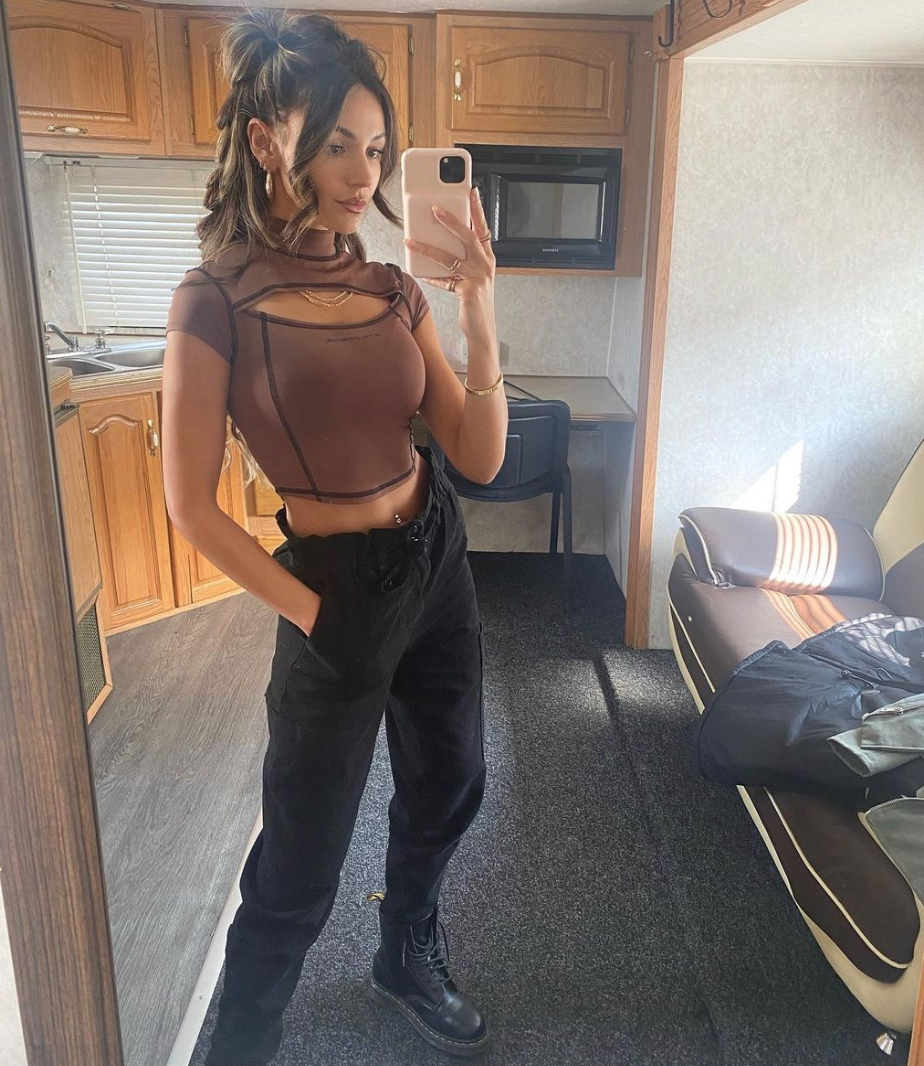 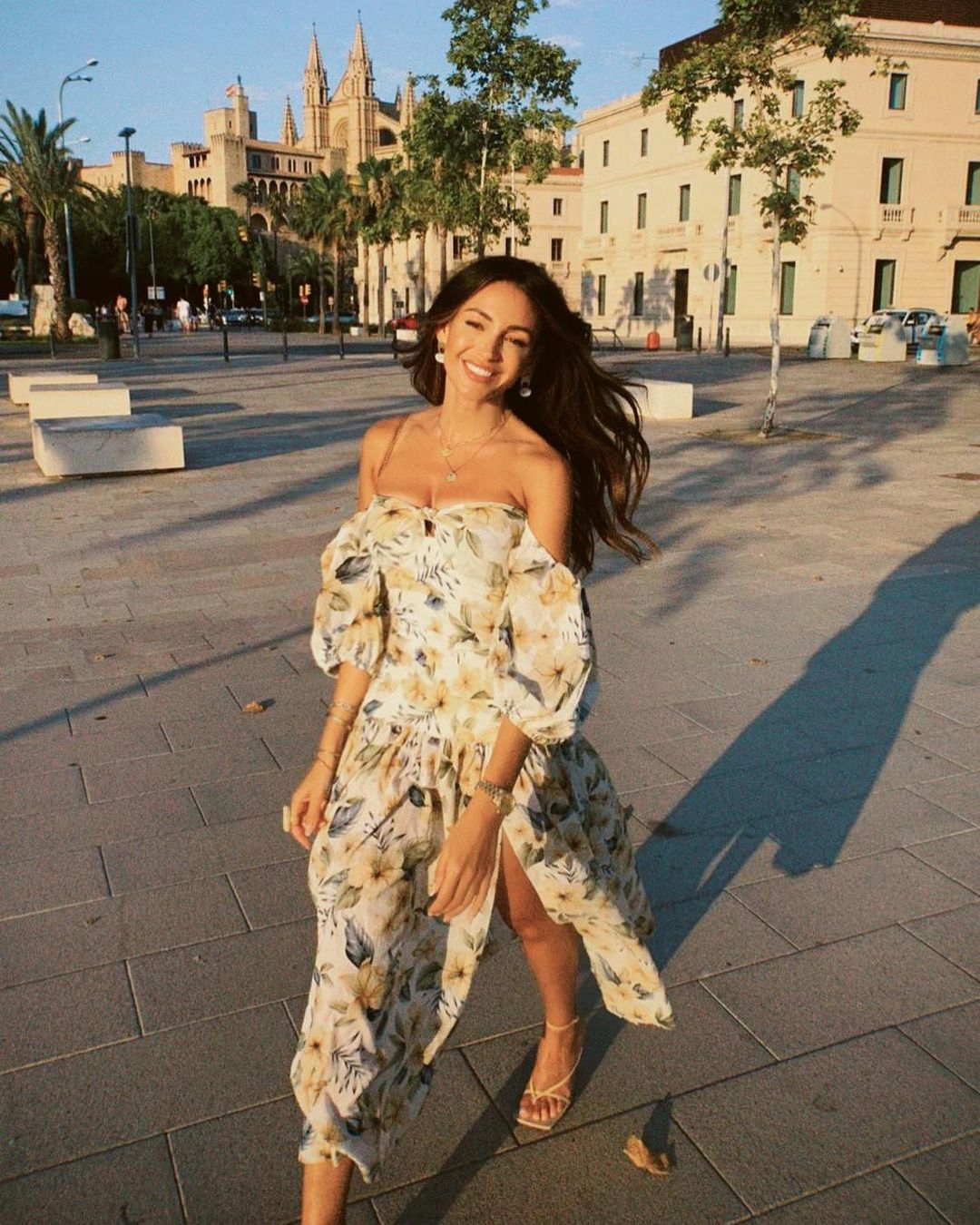 Michelle, 34, stood causally in the mirror and placed a hand in her pocket as she raised her phone up to her face to snap a shot of herself.

She wore a cut-out brown top that revealed her toned middle and shiny belly-button ring, pairing it with black slack trousers and Doc Martens.

The star wrote to her fans that she was "back in her Doc Martens" as she was transformed into edgy character Erin Croft.

She completed her look with chunky gold hoops, a gold chain and matching gold rings and bracelets as she stood in her make-up trailer.

Michelle is currently on set for the TV show, where she is frequently seen dressing in grungy clothes to match the style of character Erin.

The star was recently caught up in a Covid scare yesterday on the set of her TV show when a member of the crew tested positive for the virus.

Filming came to a grinding halt as all the cast and crew underwent testing before shooting could commence again.

A source said earlier this week: “A crew member tested positive yesterday, which meant everyone had to get tested.

“The cast are all used to it now and will do what they can to make sure there isn’t too much disruption to filming.

“Fortunately this time they could get back to work very quickly, but it was yet another reminder of the risks.”

FROM SPANISH SUN TO MANCHESTER RAIN

It comes days after Michelle braved thunderstorms to film the show – following a romantic break in Majorca with hubby Mark Wright.

Despite the rubbish weather in Manchester, she was seen giving it her all on set alongside Joe Gilgun – who plays Vinnie O'Neil.

It's a far cry from her holiday with Mark to Port de Sóller, which was well-documented on his social media page.

The former Towie favourite has shared snaps of everything from pints of beer to delicious cocktails and ice-cream snacks.

He has also shared glimpses of their tapas dinners in luxury restaurants, with what appeared to be pizza and meats on display.

But despite Mark letting loose while on his holidays, Michelle appeared to have much more self-control – flashing a glimpse at her chiselled abs in a busty selfie.

Brassic is set to continue in October this year, with fans anxiously waiting for season three after season two ended on a cliffhanger.

It ends with Vinnie and his gang trying to steal as much as they can from a wedding, but things don't go as planned.

As Vinnie is taken away by police he declares his feelings for Erin, and tells her: "I know it's wrong, but you're the first thing in the morning, and you're the last thing at night."

Erin replies: "I just… I don't know how to tell you how much you mean to me."

Before he's taken away Erin whispers something in his ear, but fans will have to wait until series three to find out what. 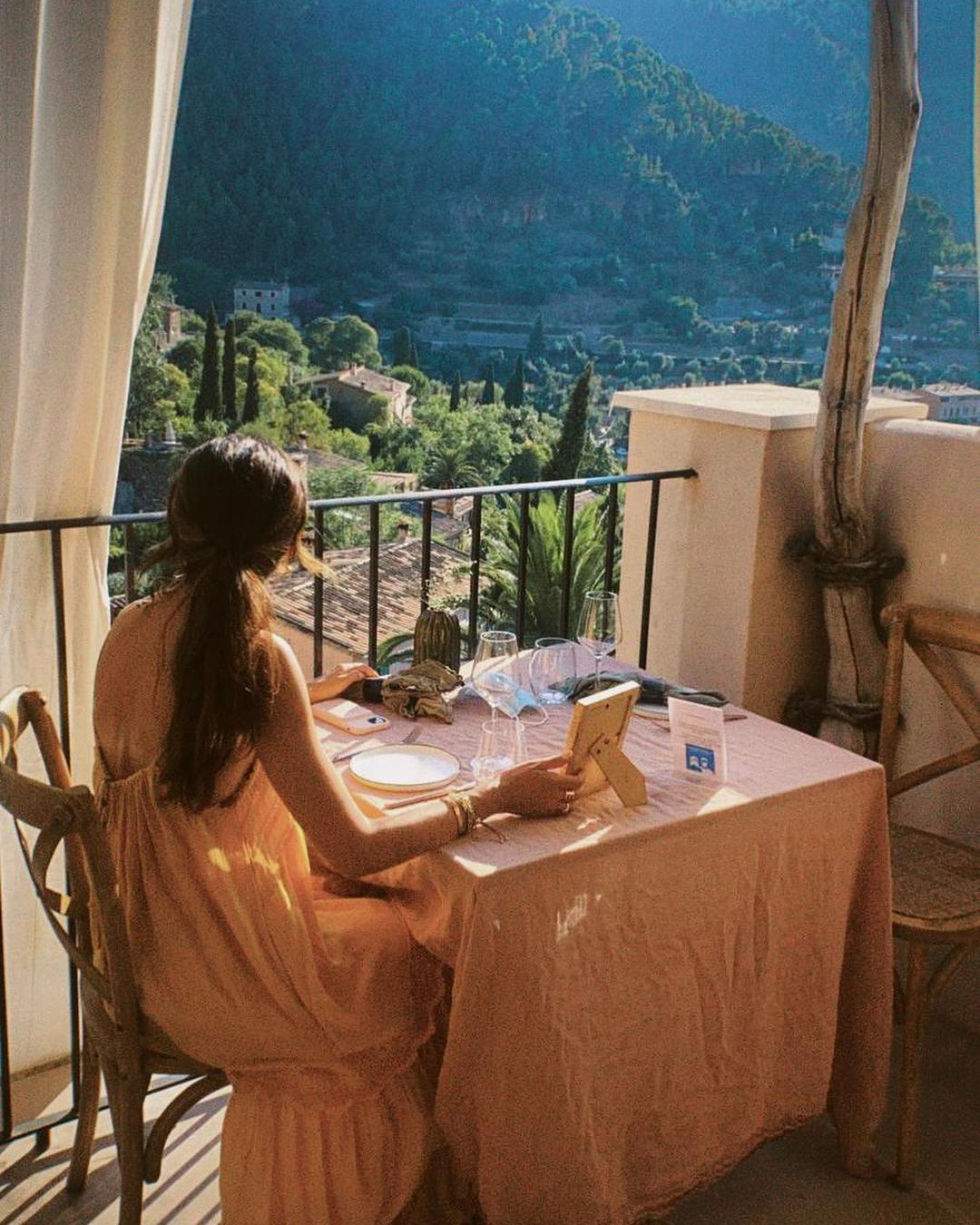