MICHELLE Keegan shared an adorable childhood snap as she revealed that she's always preferred swapping cleaning for a day on the sofa.

The 33-year-old actress posted a sweet throwback photo of her younger years. 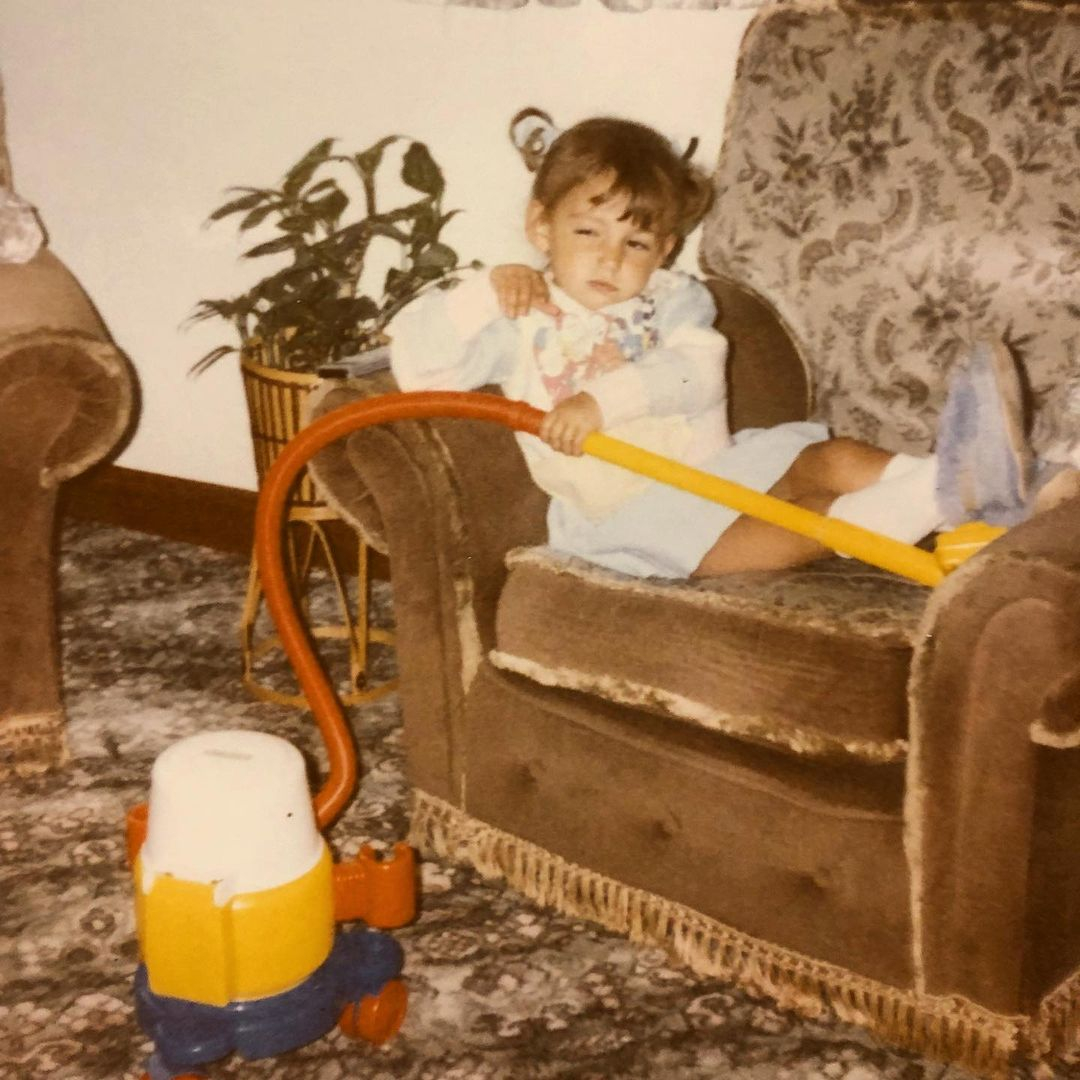 The Our Girl star posed on a sofa wearing a baby blue skirt with a matching jumper.

The actress was proved she's always been a fashionista as she rocked pigtails and a pair of sky blue boots.

The former Corrie actress looked incredible sassy as put her feet up and smouldered at the camera.

The actress joked that her habits have not changed, admitting that she's still prefers lazy days over housework. 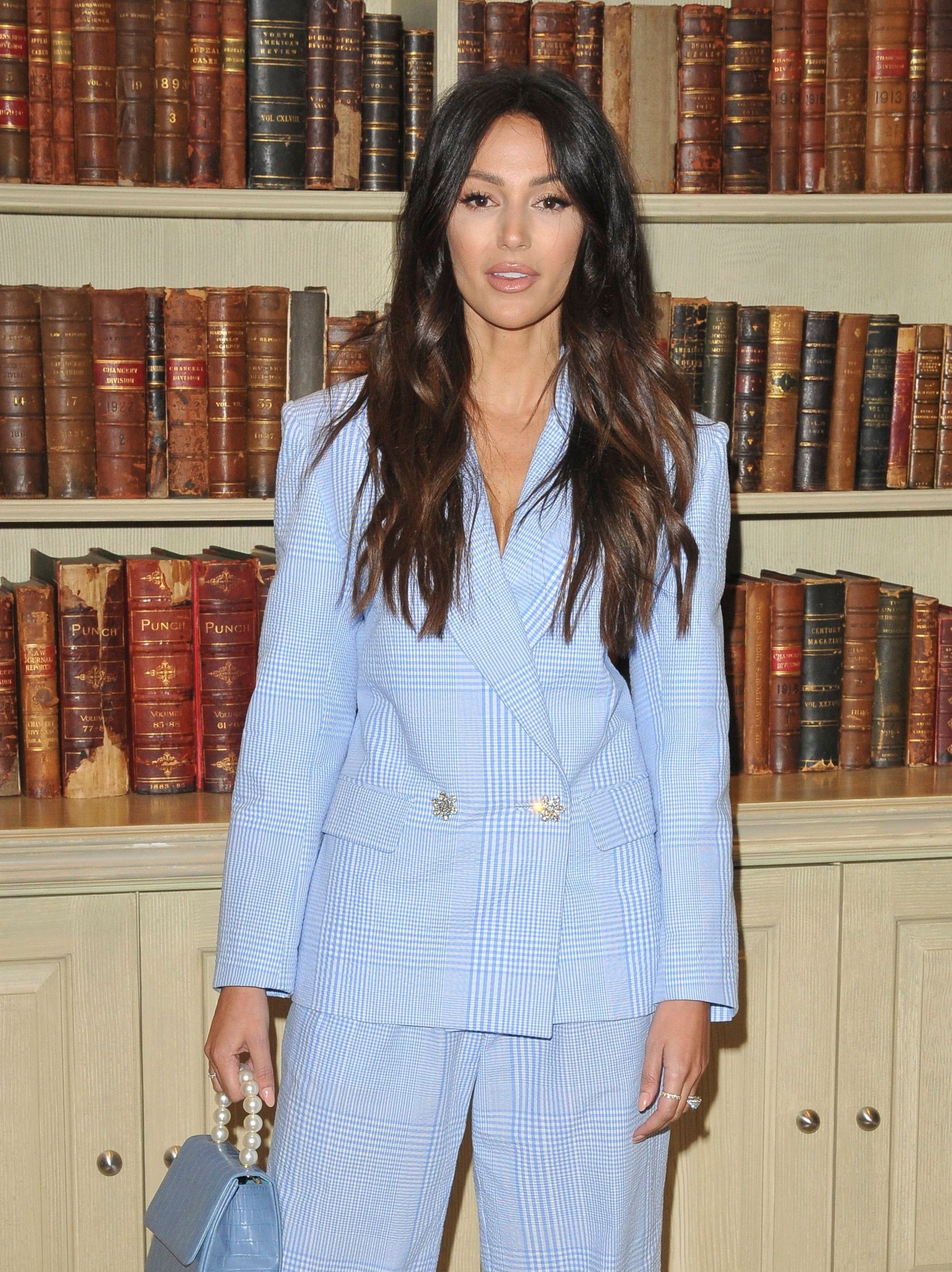 Michelle shared the sweet photo on social media, writing: "I’ve not changed my Sunday routine since the early 90’s and I’m not gonna start now 😂😂 Happy Sunday everyone x"

A number of fans were gushed over the cute snap, with one writing: "Awwww those tiny pigtails are so cute. You look adorable ❤️."

Another posted: "This is amazing, what a photo!😂."

A third added: "You were always glamorous. Happy Sunday!" 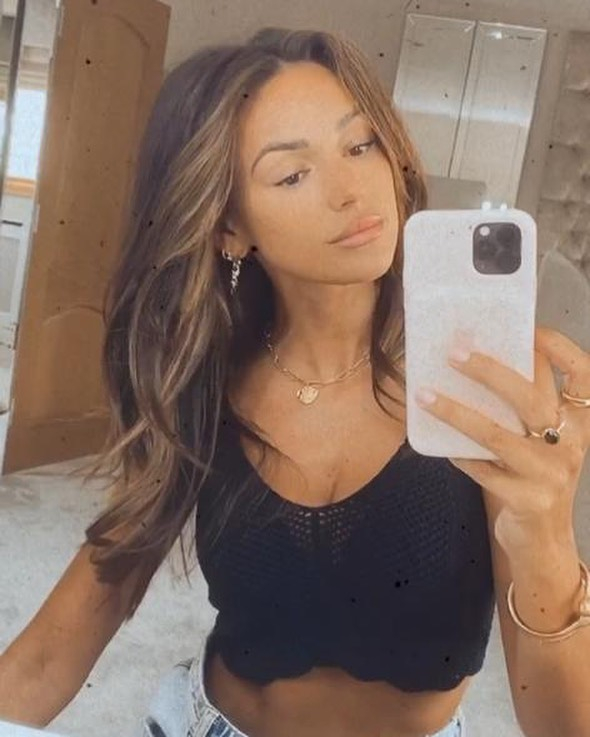 A fourth wrote: "Love this photo, so much nostalgia from this pic. So adorable."

The actress has been keeping very busy after she returned to the set of Brassic last week after she was forced to self-isolate after being exposed to coronavirus.

Michelle was forced stay at home after she was exposed to the virus on a photo shoot in Manchester. 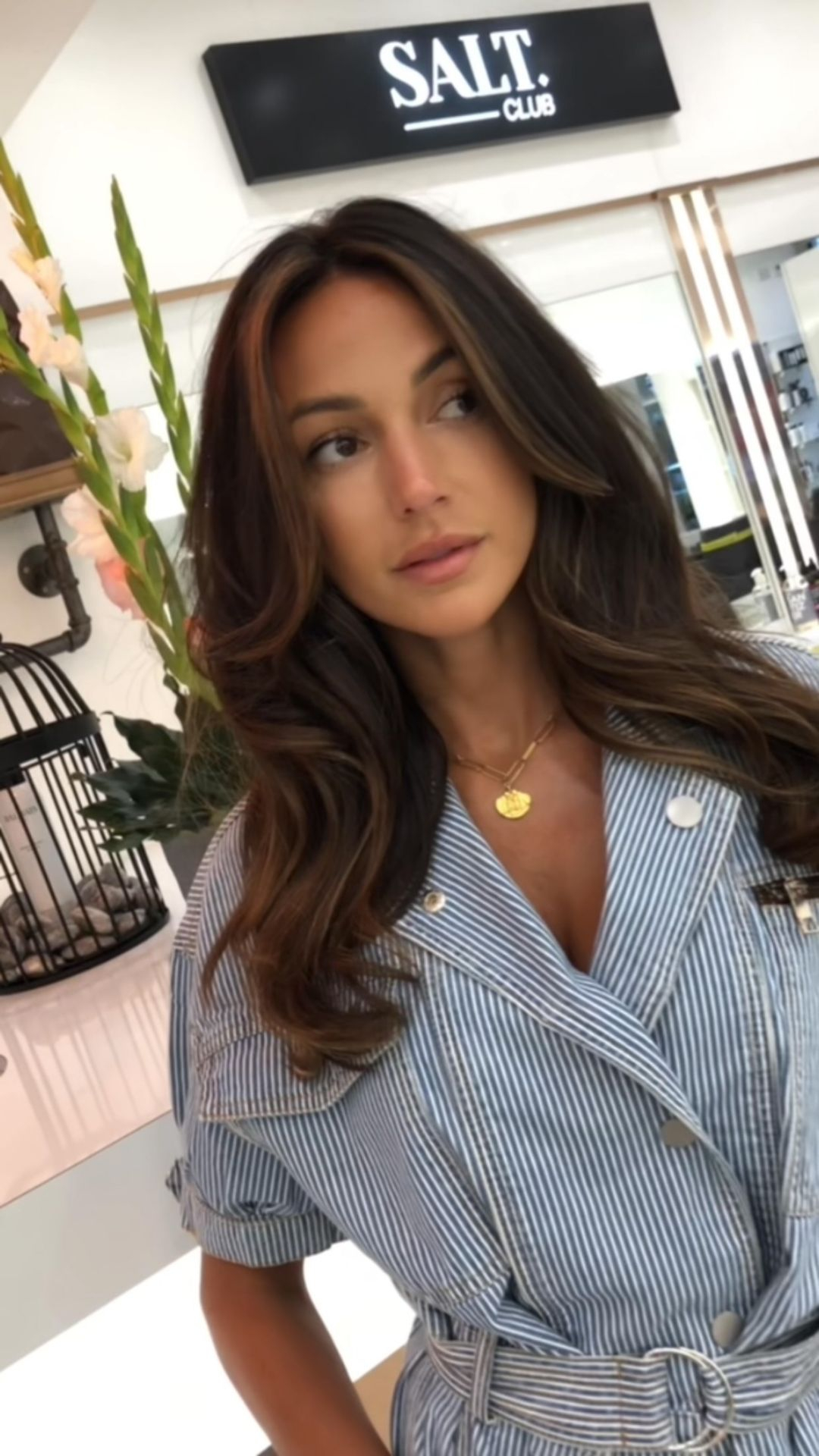 Michelle was spotted smiling and looking cheerful as she took a break from filming.

The actress looked in good spirits as she returned to work after self-isolating at home for two weeks.

According to reports, the Brassic team has worked around Michelle's absence and filmed other scenes.

It is not the first time filming for the show's third has been impacted by Covid. 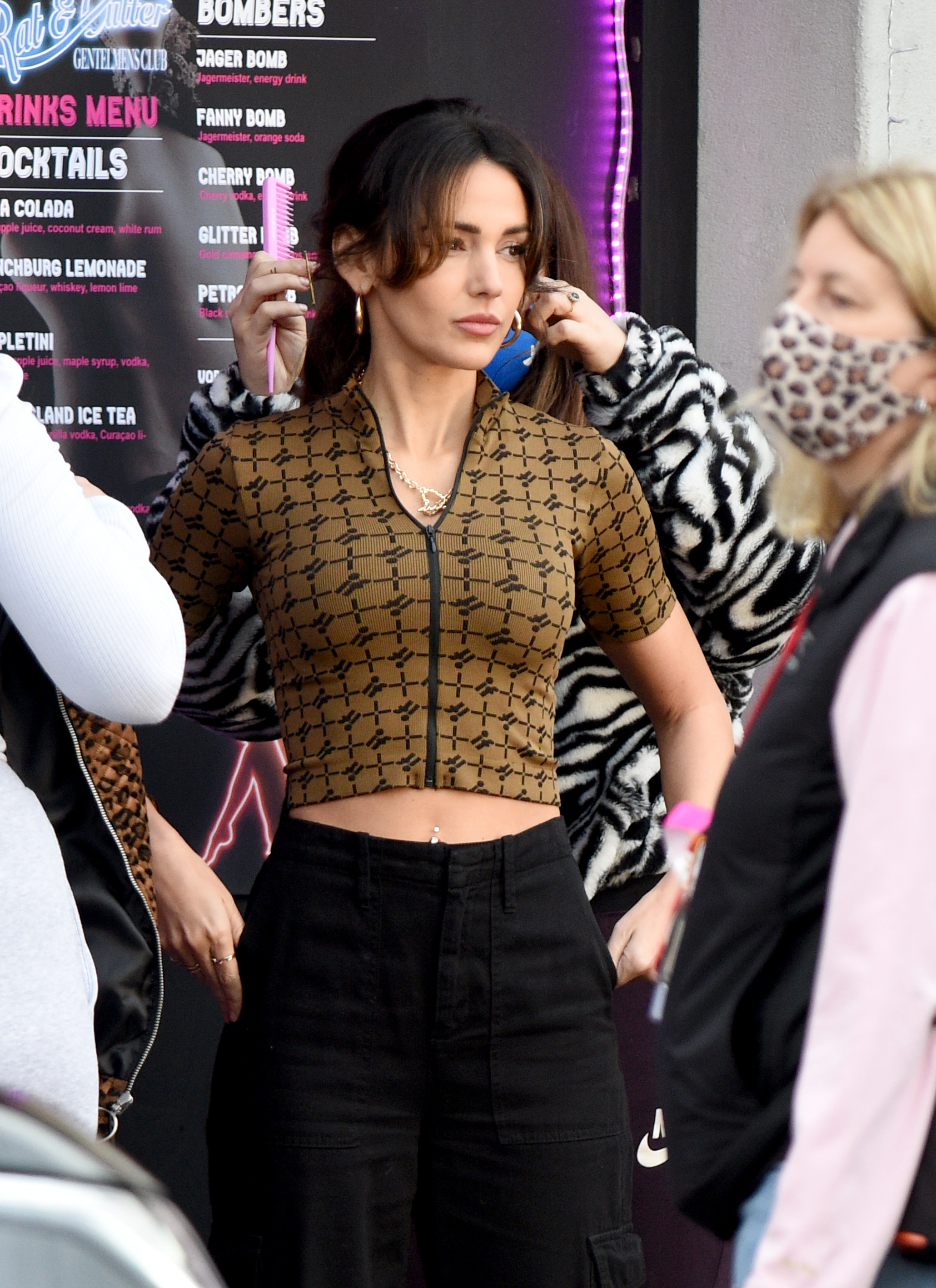 Filming on the show’s third series – in which Michelle plays cash-strapped mum Erin – was halted in September after a crew member showed symptoms and everyone involved was tested, The Sun Online exclusively revealed.

An insider said: “The safety of the cast and crew is of the utmost importance so until bosses know it’s totally safe filming won’t be going ahead.

“It could be a fortnight before it starts again. Michelle was due to start filming this week but nothing is happening until they’re sure it’s safe.”

The 33-year-old actress stars in the hit Sky One series alongside a predominantly male cast including Joe Gilgun and Ryan Sampson. 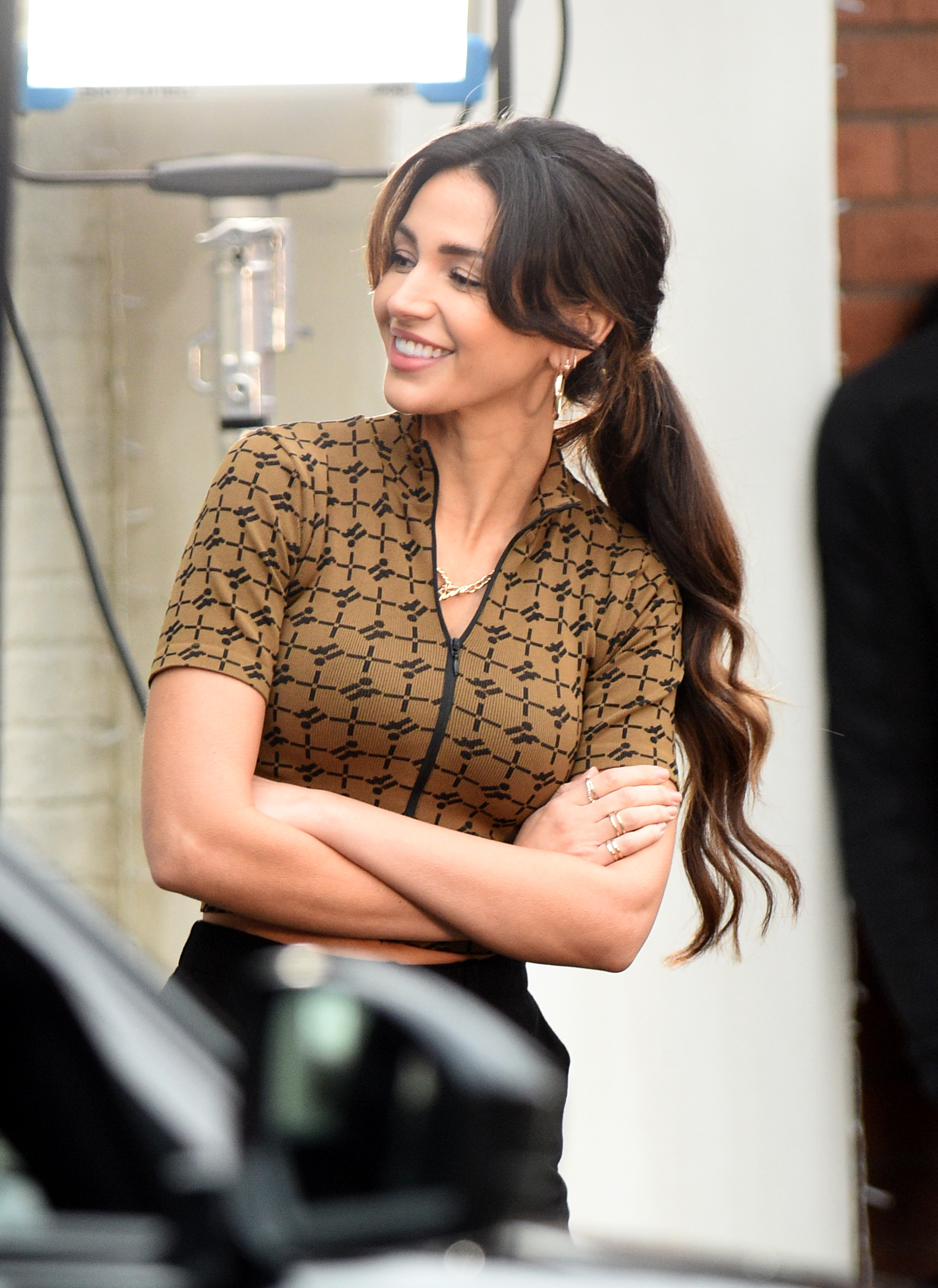 Michelle came into contact with the coronavirus on the shoot in Manchester last month.

While Michelle has not tested positive for coronavirus, it has meant she's had to miss filming for her Sky TV series Brassic which is in the middle of shooting its third season.

END_OF_DOCUMENT_TOKEN_TO_BE_REPLACED

END_OF_DOCUMENT_TOKEN_TO_BE_REPLACED
Recent Posts
We and our partners use cookies on this site to improve our service, perform analytics, personalize advertising, measure advertising performance, and remember website preferences.Ok