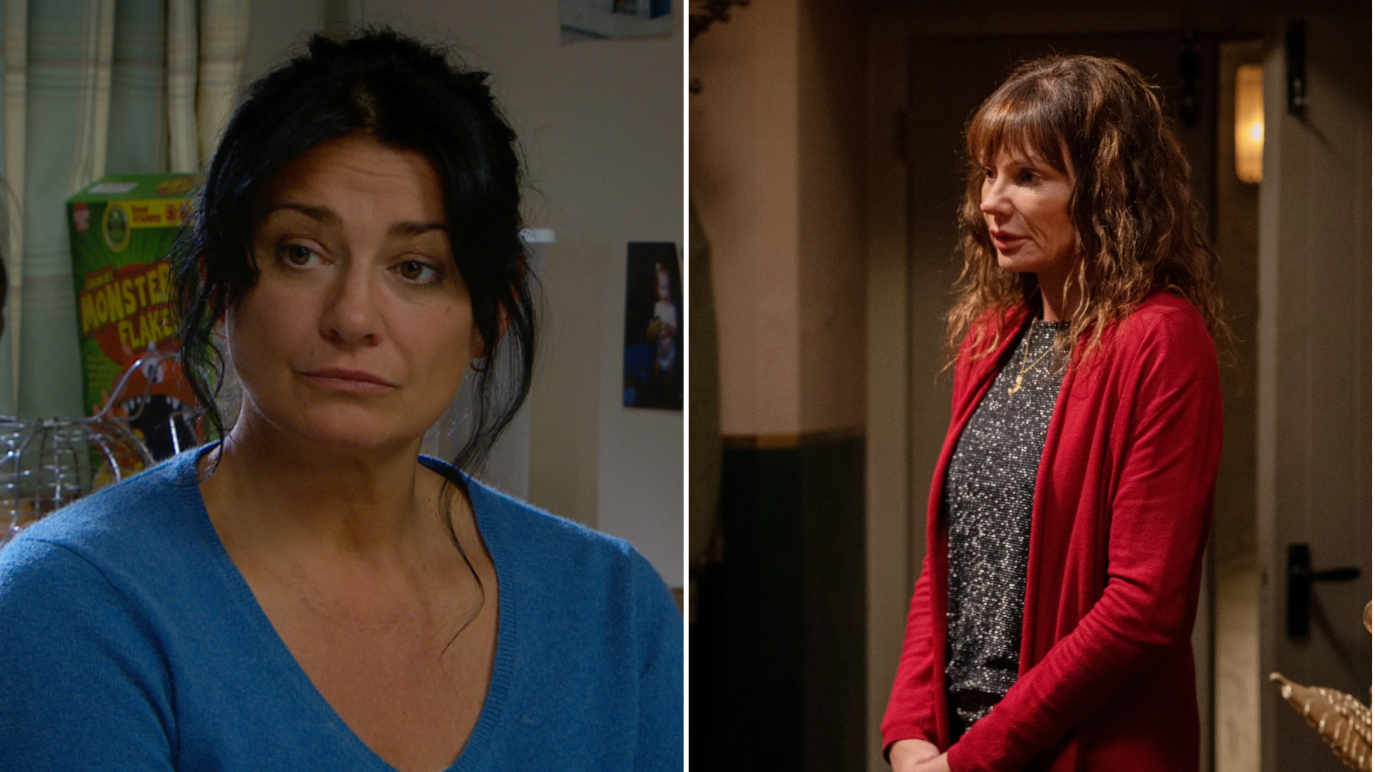 Of course Moira and Matty both know that it wasn’t Cain who killed Al, but his son Kyle (Huey Quinn) and Cain is taking the fall to protect Kyle from punishment. It’s a massive and traumatic secret that Moira has had to keep while knowing that her husband is in prison for something he didn’t do and knowing that Kyle is struggling badly with his mental health as he has to live with the guilt of what he’s done and keep the secret too.

But one secret Cain had kept from his wife was the reason that he’d lured Al to the barn to confront him. Now that she knew about Chas and Al, the final piece of the puzzle fitted into place for her, and she wanted to have it out with Cain.

In the prison he told him that the whole village now knows about what Chas was up to. One thing that made her particularly furious was that Cain had been willing to let people think that she could have been Al’s secret lover. ‘You chose to keep your sister’s secret over telling the truth,’ she accused him, ‘Even though it was her lies and deceit that’s led us to this.’

‘It doesn’t mean I’m done with her,’ Moira replied. ‘She’s gone too far this time and as far as I’m concerned she is dead to us.’

Later Moira called in at the Woolpack to apologise to Charity (Emma Atkins) for accidentally busting her nose. Then she asked Charity to deliver a message to Chas – from now on she and Cain want nothing more to do with her.

Charity was not pleased at Moira’s lack of family loyalty. ‘Which reminds me,’ she said. ‘You’re barred.’

Being barred from the Woolpack is the least of Moira’s problems at the moment, and as for Chas, she has very few friends left.