Various families are then shown celebrating Christmas Day in their own ways, with a nurse being welcomed home by her loving family.

There is plenty of fun, singing, dancing and food on show throughout the advert, as the families make the most Christmas following a rough year.

One family is then seen gathering around a flaming Christmas pudding – one of the best-loved spectacles of Christmas Day.

Fans have already shared their thoughts on the 2020 ad, with one saying: “Dua Lipa soundtrack on this advert is brilliant!!” 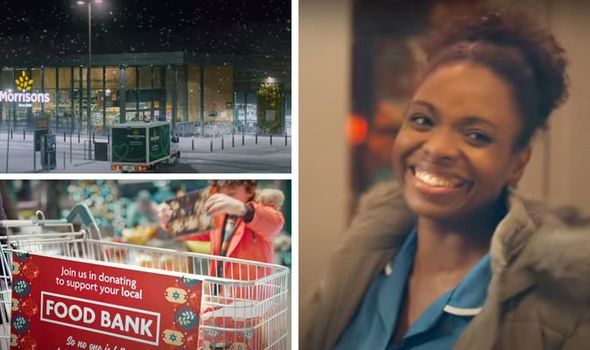 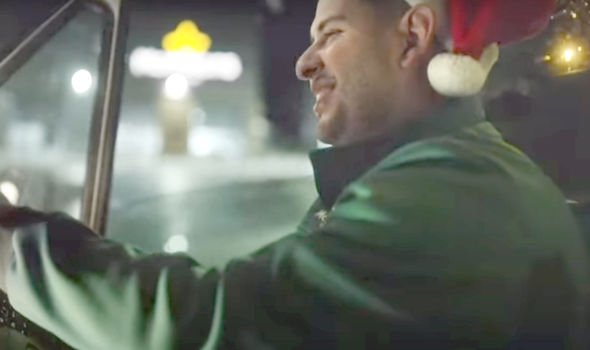 At the start of the advert a Morrisons driver is dancing along in his delivery van as he turns up at the store to collect some orders.

The snow is falling and the music is turned up loud, and his Father Christmas mascot is wearing a facemask as Christmas is bound to be slightly different this year.

A child is then seen donating some mince pies to the shop’s foodbank collection, while families at home prepare their Christmas feasts.

There is no hesitation when it comes to popping the champagne as the families are keen to get stuck in. 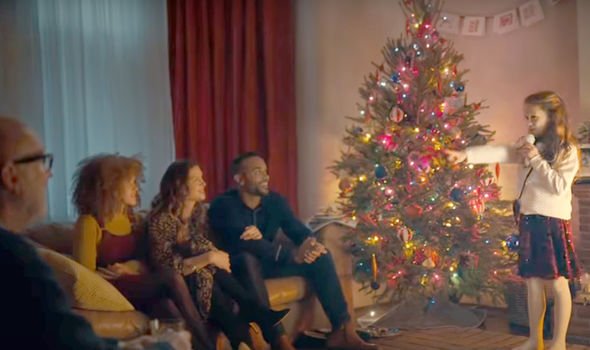 A young girl is then seen performing a musical number for her family as part of the Christmas Day entertainment.

The video has been viewed by more than 50,000 at the time of writing and it featured in the top 20 trending videos on YouTube the day it was released.

Some fans have questioned whether the ad is an accurate representation of what Christmas will be like this year, with one saying: “How many households are in that advert? It looks idyllic but I expect we won’t be allowed to spend Christmas like that…”

Another viewer said: “We will be having a socially distant Christmas this year. Your add shows lots of family getting together. Not gonna happen!!! [sic]. 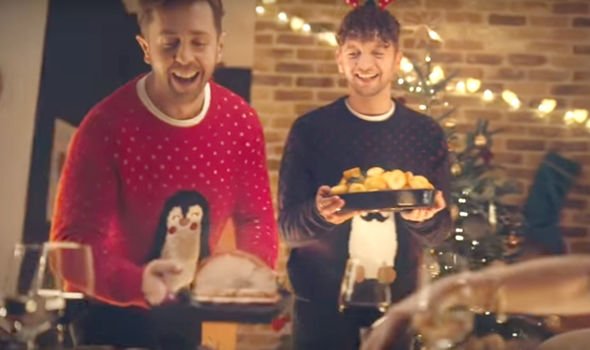 There has been no news yet from the Government on how families will be allowed to spend Christmas this year, so in the meantime viewers have been enjoying the prospect of getting together.

One fan said: “Quite different well done” while another fan called the video “brilliant and heartwarming”.

The supermarket teased the release of the full video with a short clip on Twitter, showing the delivery driver’s Santa bobblehead wearing a facemask.

Morrisons has followed suit of some other supermarkets who have already released their Christmas advert for 2020.

Kevin the Carrot once again appeared in the Aldi Christmas advert, as a hedgehog helped him find his way back to his family on Christmas Day.

Asda has also released its festive ad, which shows superfan Sunny putting up his family’s Christmas lights and preparing for a socially-distanced celebration.

The adverts have definitely provided viewers with some much-needed festive spirit as they reflect on the unprecedented events of the year so far.

Morrisons has also been offering some Christmas recipe ideas and inspiration ahead of the big day, and shoppers are already excited to sit down for their Christmas dinners.

END_OF_DOCUMENT_TOKEN_TO_BE_REPLACED

END_OF_DOCUMENT_TOKEN_TO_BE_REPLACED
Recent Posts
We and our partners use cookies on this site to improve our service, perform analytics, personalize advertising, measure advertising performance, and remember website preferences.Ok