Paul (played by Stefan Dennis) has never been the most faithful of characters on Neighbours, having had numerous failed marriages and countless affairs. However, Terese (Rebekah Elmaloglou) seemed to be the woman to change him when they tied-the-knot last year after several of his ex-wives turned up in Erinsborough. Upcoming scenes on the Channel 5 soap will see one of his former lovers, Jane Harris (Annie Jones) return to Ramsay Street after making her last appearance back in March. This time around, will she manage to win back the ruthless businessman with her charm, ultimately ending his marriage to his wife?

The only reason the pair made it down the aisle was because of Paul, who knew how much his best friends meant to each other.

When she returns to her old haunt in the coming days, she will be a singleton once more as she and her husband ultimately decided to cut ties.

This won’t be a guest stint, however, as the mother-of-one is becoming a regular cast member alongside her daughter, Nicolette Stone (Charlotte Chimes).

With her former lover happily married, it seems she won’t be able to tease him away from his wife, but actress Annie, 53, has hinted Terese could be in for some heartbreak if her other half betrays her. 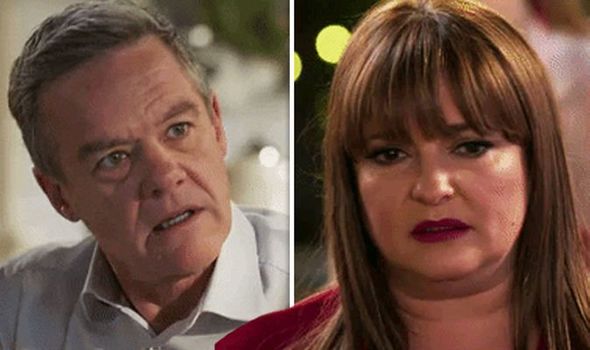 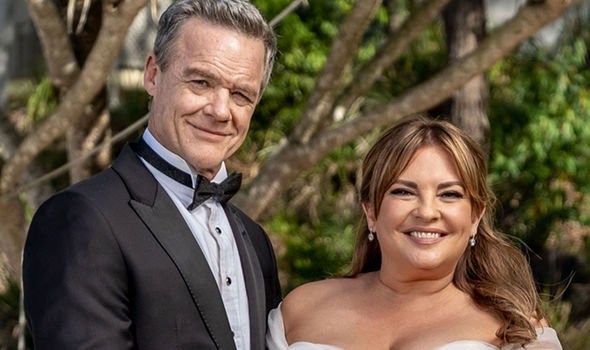 Viewers will remember Terese had her suspicions Paul was having an affair with Jane when the latter found herself in mountains of debut back during the soap’s 35th anniversary.

The reason the pair were being so secretive is because the ruthless businessman knew the crook who had conned his former lover and so tried to strike a bargain with him.

Ultimately, the hotel owner’s matchmaking plans to bring his best friends together proved to his wife he wasn’t cheating on her.

However, it might not be him instigating the advances this time around as Jane starts to feel lonely without a man by her side. 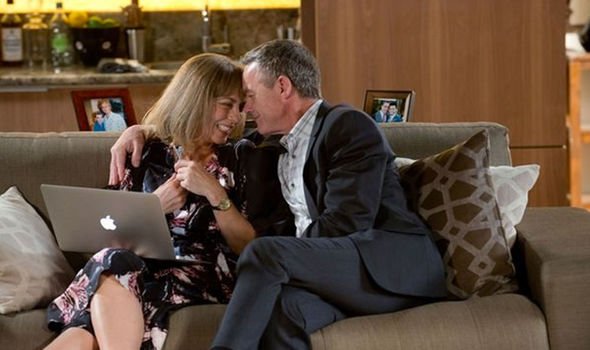 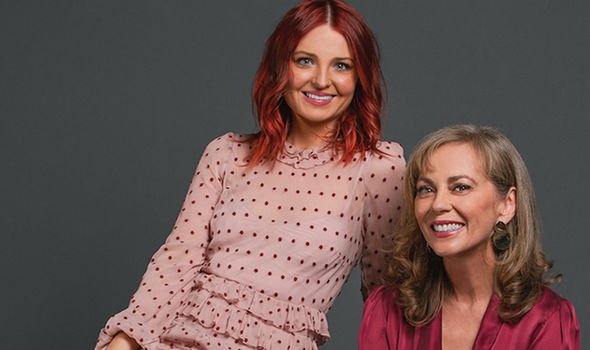 Jane and Paul have history

Soap star Annie said of her character’s latest relationship breakdown: “I think they both tried very hard to make it their happy ending, but the timing just wasn’t right for them.

“They have decided they are perhaps better off being just good friends. Poor Jane, she is very unlucky in love.

“After it’s established what’s happened with Des off-screen and she’s back in Erinsborough, romantic ideas might be on the backburner for the time being.

“Although, she and Paul have history. So wait and see!” the actress teased to RadioTimes.com, so will she plan to break her former lover and his wife Terese apart forever?

Jane might not be the only member of her family causing trouble for a beloved Ramsay Street couple as her estranged daughter will find herself gravitating towards a married character.

It will become apparent the newcomer hasn’t spoken to her mother in years due to the way she reacted when her only child told her she was gay.

With their reunion bringing back heartbreaking memories for the young woman, she finds comfort in Chloe Brennan (April Rose Pengilly) who offers some friendly support.

Nicolette is grateful for the kind words and it’s not long before she takes a liking to Pierce Greyson’s (Tim Robards) wife.

Chloe is bisexual, but is happily married to her husband and therefore doesn’t flirt with the newcomer, although Nicolette thinks differently.

It’s yet to be seen if she will interfere in the couple’s marriage, but with Pierce’s wife expecting her first child, her mind will be worlds away from betraying her spouse.

Although their characters might be at loggerheads, actress Charlotte couldn’t be more complimentary of stalwart Annie as she said: “Getting to work so closely with Annie Jones day in and day out is a gift.

“Her work is always truthful and nuanced. She sets the bar high, which gives me a lot to work with and bounce off.”

END_OF_DOCUMENT_TOKEN_TO_BE_REPLACED

END_OF_DOCUMENT_TOKEN_TO_BE_REPLACED
Recent Posts
We and our partners use cookies on this site to improve our service, perform analytics, personalize advertising, measure advertising performance, and remember website preferences.Ok