Evelyn Plummer (Maureen Lipman) is taking no prisoners with Bernie Winter (Jane Hazelgrove) in Coronation Street, as she implies that she will do anything to make her answer for her crimes.

Bernie becomes the subject of much discussion this week, after Hope Stape (Isabella Flanagan) suggests that she was to blame for Joseph Brown’s (William Flanagan) disappearance.

The above clip, taken from the second of Wednesday’s (January 26) two offerings of the serial ITV drama sees Bernie fervently deny that she had anything to do with the young lad going missing. 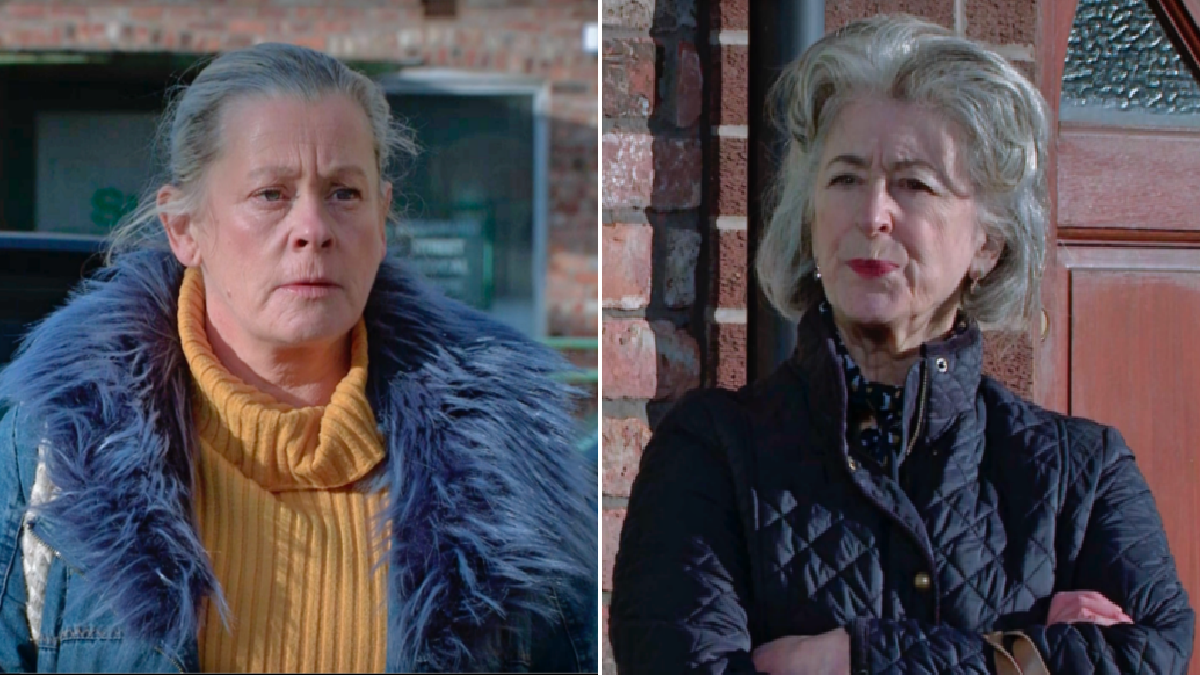 ‘A huge reward is paid out,’ says the cobbles stalwart. ‘This one starts splashing the cash about! And why did she lie about Dev giving her a pay rise?

‘Anyone would think you were just covering your tracks’.

Bernie is stunned silence, unable to answer any of the questions posed by Evelyn, but when Fiz suggests getting the police involved, she does whatever she can to stop her.

‘Over my dead body!’, exclaims Bernie, desperate to prevent the authorities from bring informed.

Evelyn, however, refuses to rule such a thing out: ‘If necessary!’, she adds.

Will Bernie’s secrets be exposed?

Coronation Street airs these scenes on Wednesday January 26 at 8:30pm on ITV.