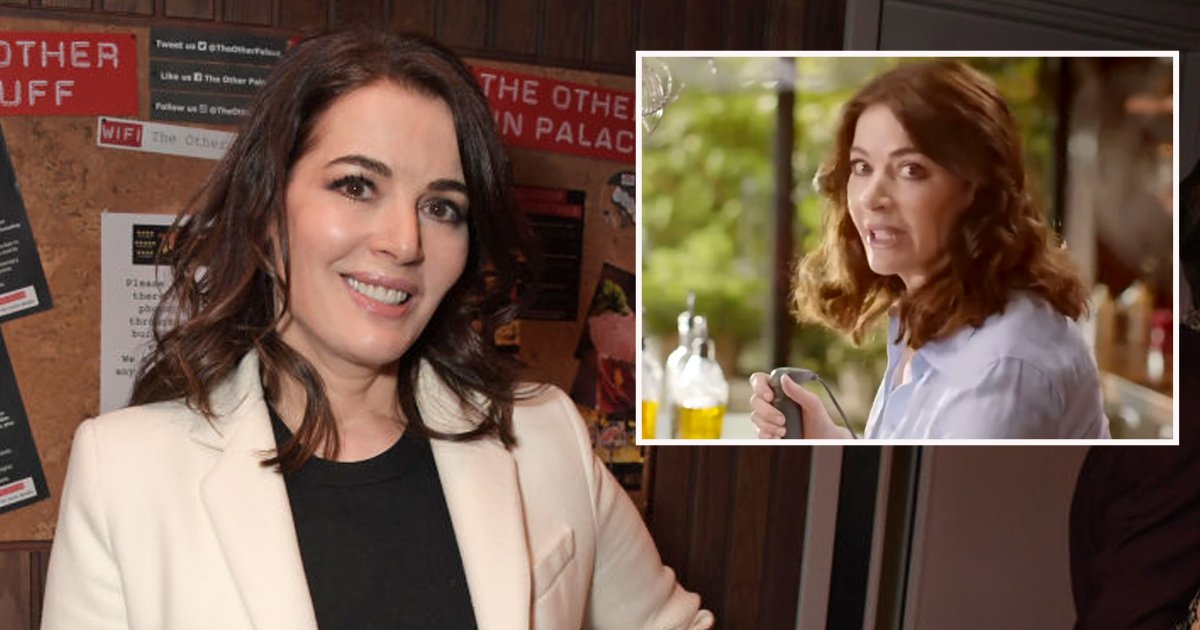 Nigella Lawson’s pronunciation of ‘microwave’ has officially been nominated for a Bafta.

The chef – who recently became a hologram on MasterChef Australia – was turned into an immediate viral sensation after warming up milk in her ‘mee-cro-wah-vay’, for a mash potato dish.

But Nigella faces some stiff competition as one of six nominees up for the Virgin Media’s Must-See Moment Award, which is voted for by the public.

Also in the running is Diversity’s Black Lives Matter routine on Britain’s Got Talent, which saw a staggering uprising in support from ITV and its stars after a flock of Ofcom complaints.

Lady Whistledown being revealed on Netflix’s Bridgerton, Chantelle Atkins’ death at the hands of Gray in EastEnders and Luke Skywalker’s shock appearance in Star Wars spin-off The Mandalorian have also received nominations.

David Bouchier, chief TV and entertainment officer at Virgin Media, said: ‘2020 was a year like no other and great television was at the heart of every moment that kept the nation connected, entertained and informed.

‘Virgin Media’s Must-See Moment recognises the TV moments that played such a powerful role in all of our lives throughout the past year.’

This year’s ceremony will be hosted by Richard Ayoade, using a studio-based production due to the ongoing coronavirus social distancing expectations.

The TV Baftas will be broadcast on BBC One on June 6.

If you’ve got a celebrity story, video or pictures get in touch with the Metro.co.uk entertainment team by emailing us [email protected] calling 020 3615 2145 or by visiting our Submit Stuff page – we’d love to hear from you.