The Trials of Oscar Pistorius, which airs tonight on BBC Two, delves into the killing of Ms Steenkamp, which shocked the world and contentiously played out in court. The former athlete, whose legs were amputated when he was 11 months old, participated in both Olympic and Paralympic track events. His sporting talent with prosthetic legs led to his nickname ‘Blade Runner’. Pistorius fatally shot his girlfriend in 2013 and after appeals to the Supreme Court, in South Africa, was sentenced to 15 years imprisonment.

Ms Steenkamp had found fame as a model and later TV presenter before she first met Pistorius in November 2012.

Four months later, in the early hours of Valentine’s Day she was found dead, locked inside the athlete’s bathroom after he fired four bullet rounds.

At the murder trial, Pistorius admitted that he was “very keen” on his future girlfriend and felt he was “maybe more into her than she was at times to me”.

The prosecution read out text messages that showed the athlete had become extremely attached to the star and accused him of jealousy.

One message, reported by the BBC in 2014, read: “I was not flirting with anyone today, I feel sick that you suggested that.”

In another, she wrote: “I’m scared of you sometimes and how you snap at me and how you will react to me.” 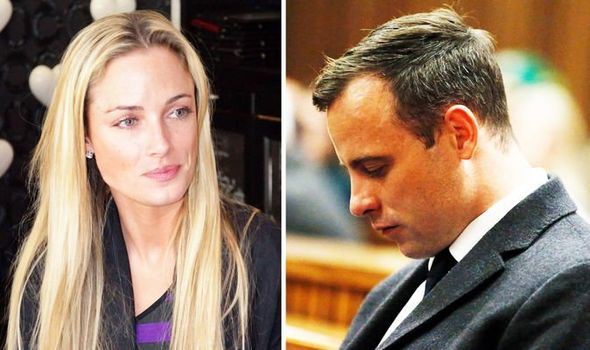 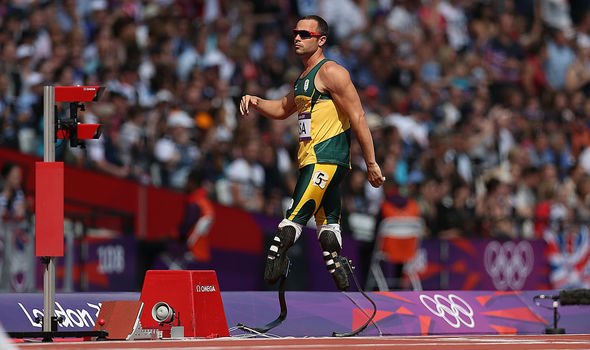 Captain Francois Moller said that 90 percent of their text messages, in which they described each other as “Angel” and “Baba”, were loving but some presented more concern.

Pistorius claimed that he opened fire because he mistook his girlfriend, who was locked in the bathroom, for a burglar.

Before the murder, Ms Steenkamp used Twitter frequently, where she shared posts to support causes or raise awareness for problems in the nation.

At other times, she made jokes and in one tweet, from three days before her killing, she wrote: “Still no electricity at home! Monday, no wonder no one likes you!!!!”

Other tweets referred to her “boo”, Pistorius, and detailed happy times that they shared together – including movie nights with ice cream. 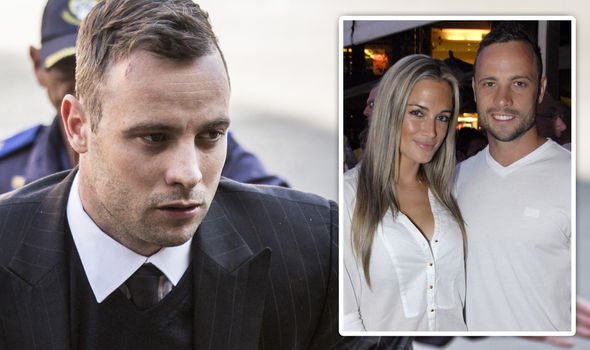 Ms Steenkamp wrote more passionately in others, including one which read: “Before you lift a pen or raise your voice to criticise, acknowledge people’s circumstances. You don’t know their struggles. Their journey.”

In one of her final postings from the day before her murder, she retweeted a message that denounced attacks against women from the screenwriter Lindiwe Suttle Mueller-Westernhagen.

It read: “WEAR BLACK THIS FRIDAY IN SUPPORT AGAINST #RAPE AND WOMAN ABUSE #BLACKFRIDAY.”

Reports from this year show that South Africa has one of the highest rates of femicide in the world – more than 2,700 women were killed last year.

In June campaigners marched against violence, following a spate of 20 deaths of women and children within several weeks. 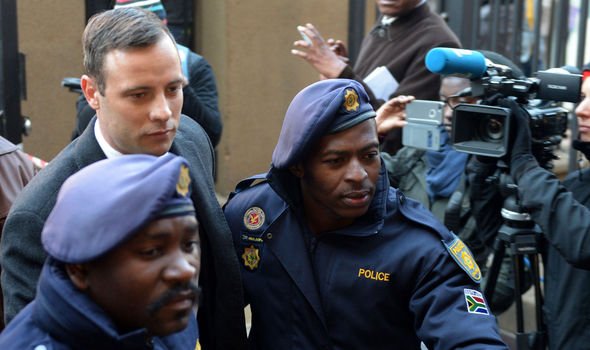 President Cyril Ramaphosa called the attacks a “pandemic” and cited reports that around 51 percent of women in the country had suffered domestic abuse.

The originator of the tweet shared by Ms Steenkamp, Mr Mueller-Westernhagen wrote in August 2013: “May ur [sic] spirit shine bright 4 the truth!”

More than a year after her death he tweeted: “@reevasteenkamp really breaks my heart I cannot even imagine what her last moments were like.”

Another message from Ms Steenkamp on February 13 read: “What do you have up your sleeve for your love tomorrow??? #getexcited #ValentinesDay”

In response to one user’s tweet, she wrote: “That sounds amazing! Wow that’s what it’s all about! It should be a day of love for everyone 🙂 may it be blessed!”

Pistorius is serving a 15-year prison sentence in Atteridgeville Correctional Centre, in Pretoria, and is eligible for parole in 2023.

The Trials of Oscar Pistorius is due to air at 9.10PM on BBC Two.

END_OF_DOCUMENT_TOKEN_TO_BE_REPLACED

END_OF_DOCUMENT_TOKEN_TO_BE_REPLACED
Recent Posts
We and our partners use cookies on this site to improve our service, perform analytics, personalize advertising, measure advertising performance, and remember website preferences.Ok