The presenter, 55, clashed with the Brexit Party leader yesterday when Nigel appeared not to know that bleach was a disinfectant. 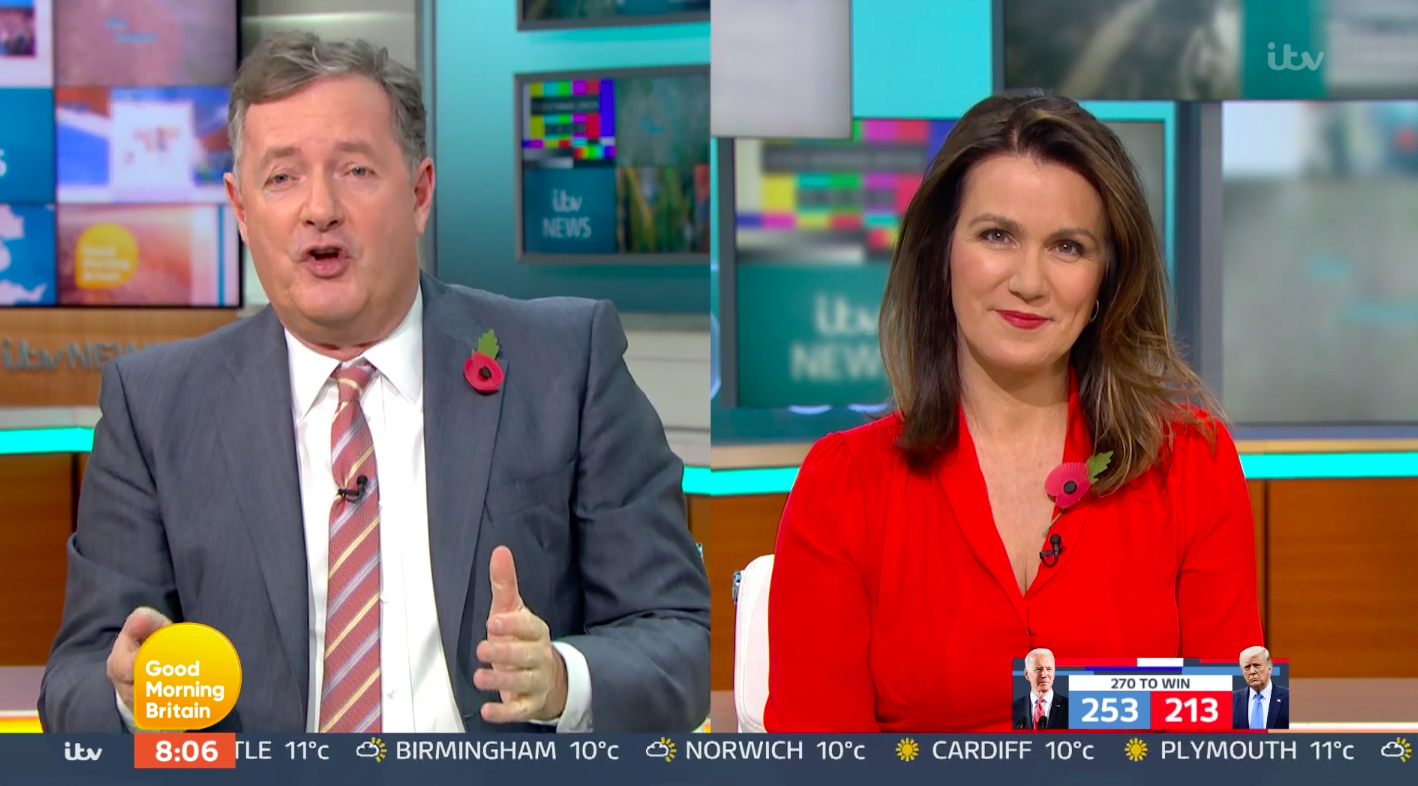 Today Piers said it was a "sad spectacle" as he pointed out why he was right in their argument about President Donald Trump's controversial Covid cure theories.

Furious Farage told Piers to "grow up" and that he was "fake news" after claiming Trump suggested injecting patients with "bleach" to treat coronavirus.

Piers said on Good Morning Britain today: "I mused that he might not have realised disinfectant is bleach, but this picture shows Donald Trump staring at a Best Practices board.

"The problem here is we're not fake news, you are. 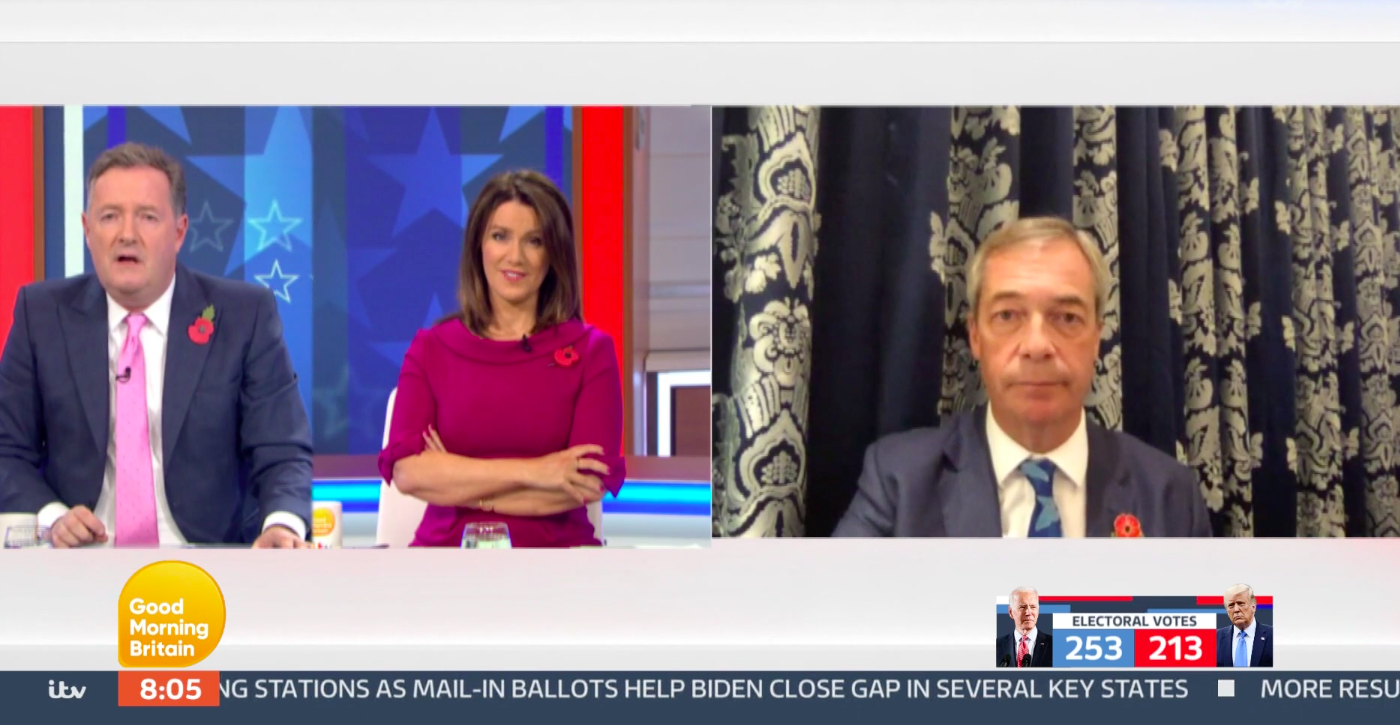 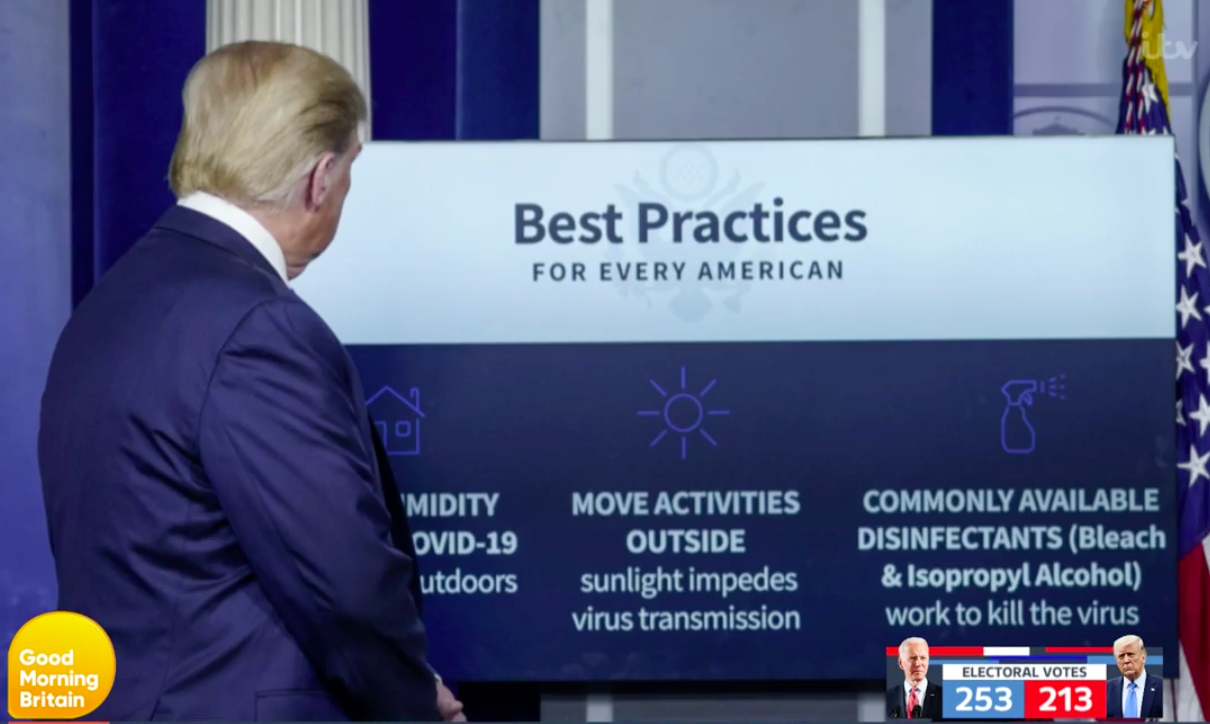 "It was a bit of a sad spectacle yesterday. He completely lost his marbles.

"Thoughts with Nigel Farage at this difficult time."

Piers showed an image of Trump standing in front of a poster that said "commonly available disinfectants (bleach and isopropyl alochol) work to kill the virus".

Making fun of Farage not knowing that bleach is a disinfectant, Piers added: "Who does the cleaning in your house, Nigel? Seriously.

"Because if they use bleach, word to the wise buddy, it's disinfectant."

END_OF_DOCUMENT_TOKEN_TO_BE_REPLACED

END_OF_DOCUMENT_TOKEN_TO_BE_REPLACED
Recent Posts
We and our partners use cookies on this site to improve our service, perform analytics, personalize advertising, measure advertising performance, and remember website preferences.Ok