Piers Morgan took the opportunity to swipe at his former Good Morning Britain co-star Alex Beresford on his return to breakfast television. The controversial Life Stories host appeared on Australia’s Today Show overnight where he discussed his sudden departure from ITV’s GMB and his on-air spat with Alex. 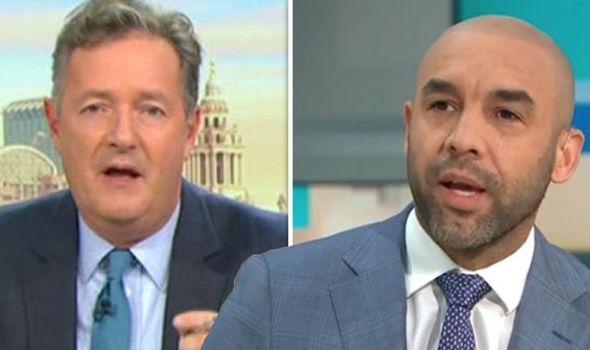 The presenters clashed over Piers’ comments on Meghan Markle’s interview with Oprah Winfrey.

Piers stormed off GMB and it was later confirmed he would step down from his role on the show.

Speaking to Today host Karl Stefanovic, he said: “Most people think I never came back.

“I actually did come back a few minutes later and we had an interesting conversation.”

Read more: GB News POLL: Will you switch from BBC Breakfast and GMB? 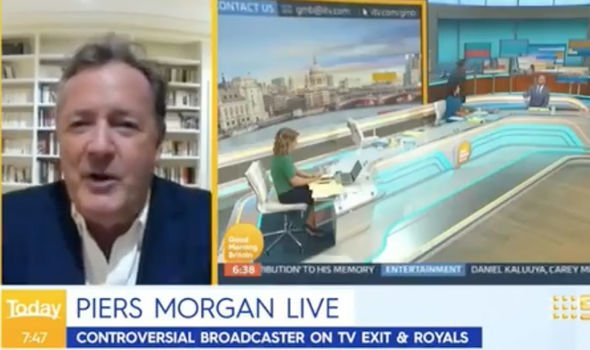 “I don’t know if you have a deputy weather person… if you had a deputy stand-in weather person suddenly letting you have it in a personal way, I suspect you wouldn’t like it either,” Piers continued.

“I thought, ‘You know what, I will say something I will regret.’

“I don’t mind guests piling into me that’s fair game but not friendly fire from your own team. I wasn’t having that.”

Since Piers departed from the show in March, GMB’s ratings have plummeted by 1.2million viewers. 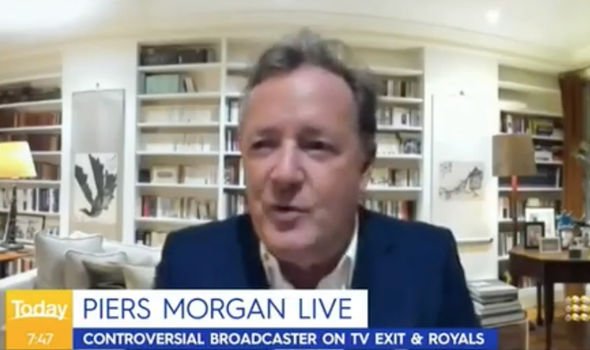 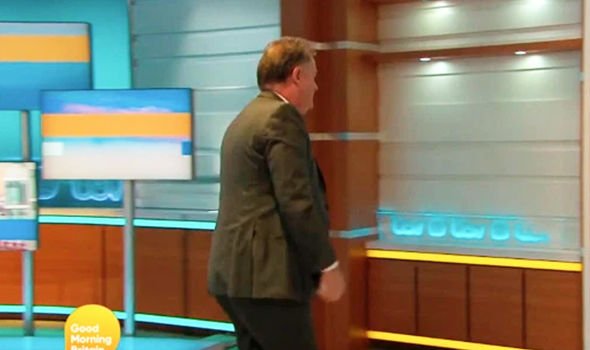 The ITV show recorded just 450,000 viewers last week but Piers revealed he wasn’t pleased by the effect his exit has had on the show.

“I don’t take any pleasure in that,” he said. “There’s been five years building up those ratings.

“Ironically on the last day, we beat the BBC which has always been my mission.

“In a way, I scaled the mountain but they are certainly flying very fast down the other side.”

However, the controversial presenter refused to rule out a possible return to the GMB team.

“Who knows what may happen?” Piers commented on Australia’s Today programme.

Ever since the Life Stories host quit GMB, his former co-host Susanna Reid has been joined by several different presenters.

Alastair Campbell, Richard Madeley and GMB’s Adil Ray have all partnered with Susanna but ITV have yet to confirm a permanent replacement.

Meanwhile, Piers mocked Prince Harry and Meghan Markle after they announced the birth of their baby daughter Lilibet Diana Mountbatten-Windsor.

The newest edition to the Royal Family has been named Lilibet after the Queen’s family nickname and will be known as Lili Diana.

Piers tweeted: “To those asking for my reaction to the new royal baby, I am respecting her parents’ constant pleas for privacy and declining to comment.”

Good Morning Britain airs on ITV on weekdays at 6am.