Piers Morgan quit his Good Morning Britain show after an on-air row with colleague Alex Beresford over Meghan Markle led the presenter to stage a walkout. Industry heavyweight Andrew Neil spoke out in support of the controversial former Mirror editor on BBC on Wednesday, sparking speculation that Mr Morgan’s next move could be to join the former veteran BBC interview at the soon to launch GB News channel.

The broadcaster said he would be “delighted” to talk to Mr Morgan about a move, 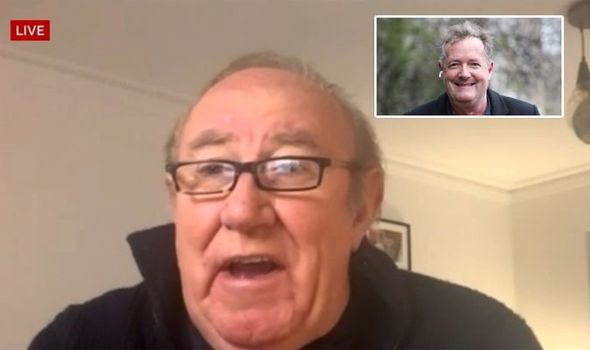 ITV  announced Mr Morgan had quit his role as presenter of GMB on Tuesday. A statement read: “Following discussions with ITV, Piers Morgan has decided now is the time to leave Good Morning Britain. ITV has accepted this decision and has nothing further to add.”

Mr Morgan walked off set at the start of Tuesday’s programme after a fierce clash with weather presenter Alex Beresford over the interview Meghan Markle and her husband Prince Harry gave with Oprah Winfrey.