Spoilers: Kim shocked as she discovers Will's secret in Emmerdale? 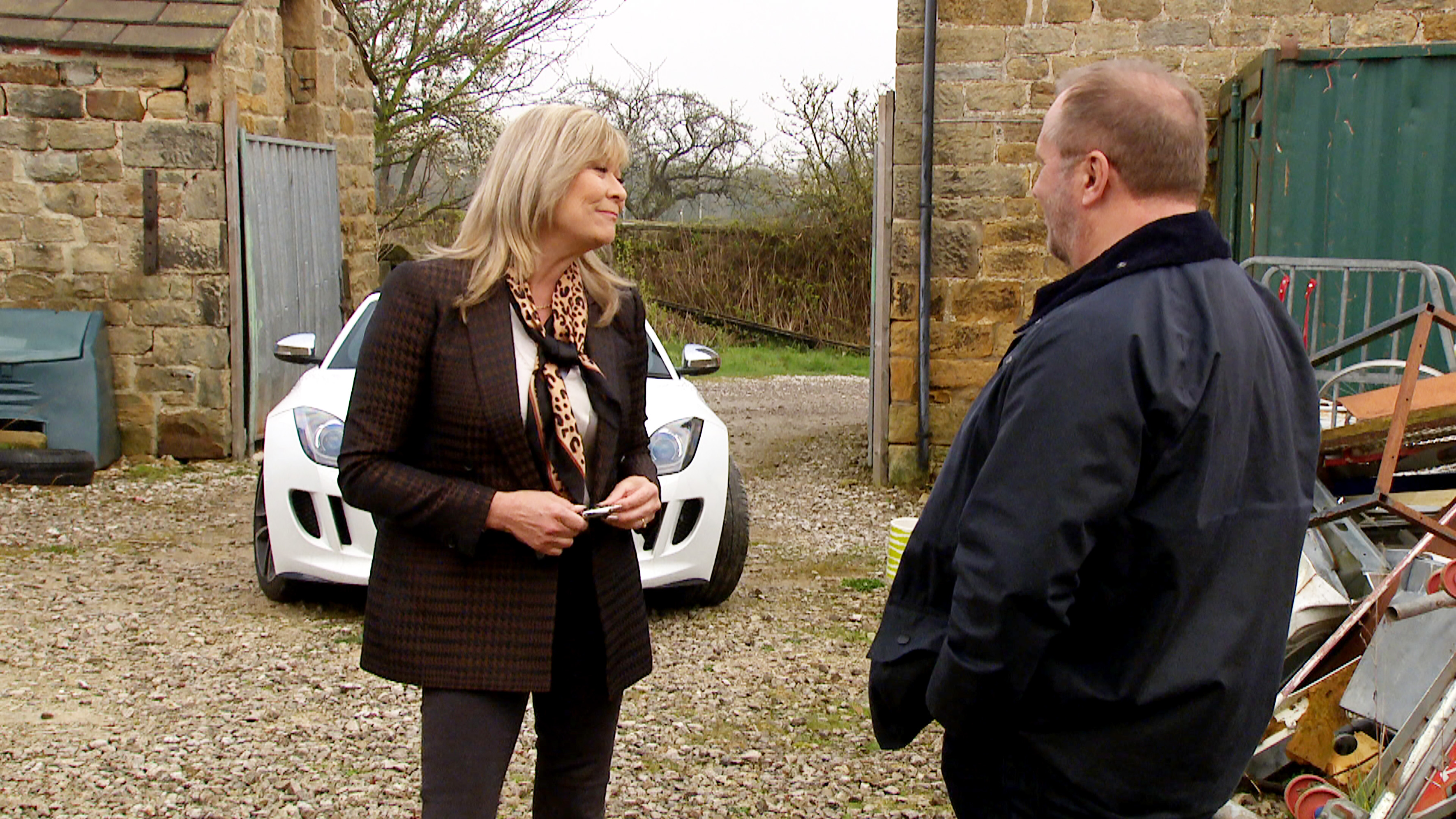 After Gabby (Rosie Bentham) accidentally shot Will (Dean Andrews) in Emmerdale recently, she was forced to explain why she was so jumpy that she was prowling around the grounds with a gun. She shared with him her theory that Jamie Tate is still alive and is plotting to take Thomas from her.

An initially sceptical Will said he’d help her find out the truth and he was shocked when Harriet (Katherine Dow Blyton) made some informal enquiries and discovered that a man fitting Jamie’s description had been seen at Andrea’s mother Hazel’s house.

Knowing the effect that Jamie being alive would have on Kim (Claire King), Will decided to deal with the situation himself and enlisted the help of a shady man called Mike to track Jamie down.

In upcoming episodes Kim starts to get suspicious that Will is hiding something from her and she gets even more upset when Will stands her up when they’re supposed to be having dinner together.

Unbeknownst to her, Mike has reported back to Will that a man fitting Jamie’s description has once again been spotted and has suggested a DNA test is the only way to get the hard proof they need. Will has offered to babysit Thomas so he can secretly take a sample of Jamie’s son’s hair, which he then gives to Mike.

He’s shocked when Mike demands a payment of £3,000 for the DNA results. Will doesn’t have the money, so he takes it from the haulage company accounts.

But Kim isn’t one to overlook strange transactions in the company finances and it isn’t long before her suspicions are raised. How will she react when she discovers the company accounts open on Will’s laptop and £3,000 in cash in his bag?