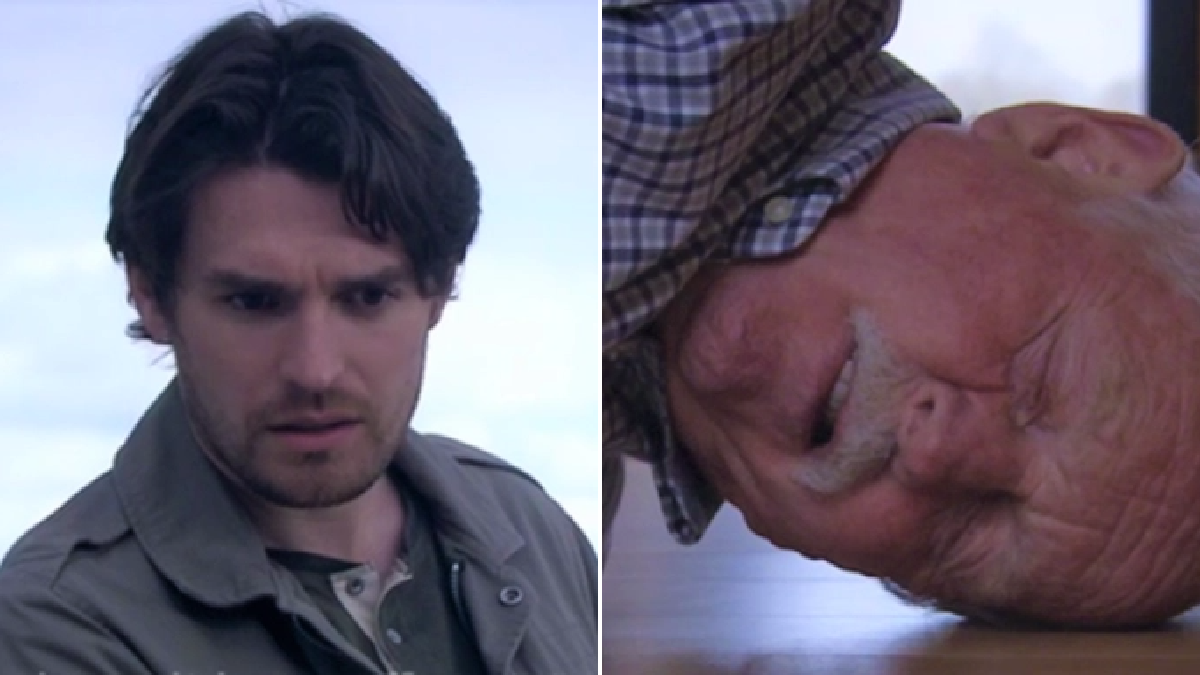 Mackenzie Boyd (Lawrence Robb) in Emmerdale put a devious plan into place in tonight’s episode (June 2) to try and save Aaron Dingle (Danny Miller) from prison.

However, just like all of Mack’s previous plans, it didn’t exactly work.

Ryan (James Moore) was unimpressed with Mack’s behaviour after discovering the truth about the burglary. He was still contemplating getting Cain (Jeff Hordley) involved but Mack shut Ryan down, convinced his plan would save Aaron.

Later on, after Pollard (Chris Chittell) became tempted to rekindle things with Faith (Sally Dexter), he was interrupted by Mack – wearing Val’s coat.

Mack gave Eric an offer – the return of his beloved coat in exchange for Aaron’s freedom.

Suffice to say Eric was staggered at Mack’s audacity and tried to use Mack’s burglary confession to his advantage.

But as the stand-off between them escalated, things were brought to a sudden halt when Eric collapsed.

Mack debated whether to help Eric but as told by the scenes after, it looks as though he’s made a run for it as Eric was left alone in his house and passed out.

As Mack leaves Eric to die, will anyone find him?

Given the fact that Mack’s plan hasn’t worked, where could things lead for him and Aaron?

Could they both face jail?